Diagnosis. Within Sesiini  Hyleina  can be defined by the unique combination of the following characters:

(1) antennae rather short (distinctly longer in most Sesiini  genera);

(2) basal part of abdomen wasp-waisted (absent in most Sesiini  );

(3) discal cell of forewing with distinct longitudinal scale line indicating position of median vein (lacking or short and distally in most Sesiini  );

(7) valva pentagonal, inner surface dorsally with extremely broad, multifurcate setae (valva straight in most other Sesiini  genera; medially angled in Sesia Clerck, 1759  , setae of the valva simple or thorn-like in most Sesiini  ).

There may be a likelihood of confusion of Hyleina  with Sphecosesia Hampson, 1910  from the Oriental region and one species of Cyanosesia Gorbunov & Arita 1995  from the Australian region (see below). These three taxa have similar, extremely modified, multifurcate setae of the valva, which may be regarded as a synapomorphic character to show their relationship. This hypothesis needs further studies to be proved. Further common characters of Sphecosesia  and Hyleina  are the short, ciliate antennae and the wasp-like waist of the abdomen. However, Hyleina  can be distinguished from Sphecosesia  by the usually larger size, the reduced haustellum (developed in Sphecosesia  ) and the approximated origin of some forewing veins (more regular in Sphecosesia  ), in the male genitalia by the very different shapes of uncus (much larger and broader, laterally with multifurcate setae in Sphecosesia  ), gnathos (short and simple in Sphecosesia  ), and valva (longer and narrower, trapezoid with almost straight ventral margin in Sphecosesia  ) (see Kallies & Arita 2004).

The authors of C. leleji  point out that this species differs from all congeners in several details (coloration of legs and abdomen, forewings, multifurcate scale-like not simple bristle-like setae of the valva in male, long and narrow signum of corpus bursae in female) and may represent a separate group within the genus ( Gorbunov & Arita 1995). It differs further, as well as most other Sesiini  species, from typical species of Cyanosesia  by the distinctly longer forewing discal cell, with almost vertical cross-vein, located in the distal half of the wing (crossvein conspicuously oblique, in the middle of the wing in typical Cyanosesia  ) and the normally proportioned hindwings (rather broad, apically shortened in typical Cyanosesia  ); in the male genitalia by the somewhat triangular shape of the valva (elongated, pentagonal to trapezoid in typical Cyanosesia  ), and the phallus with thorns or strong spines at tip of exo-phallus as well as at vesica (both without thorns or spines in typical Cyanosesia  ). On the basis of these characters the generic assignment of C. leleji  appears questionable. The species may well be misplaced and represent a separate group within the Sesiini  (see Gorbunov & Arita 1995, 2016, Kallies & Arita 2004). 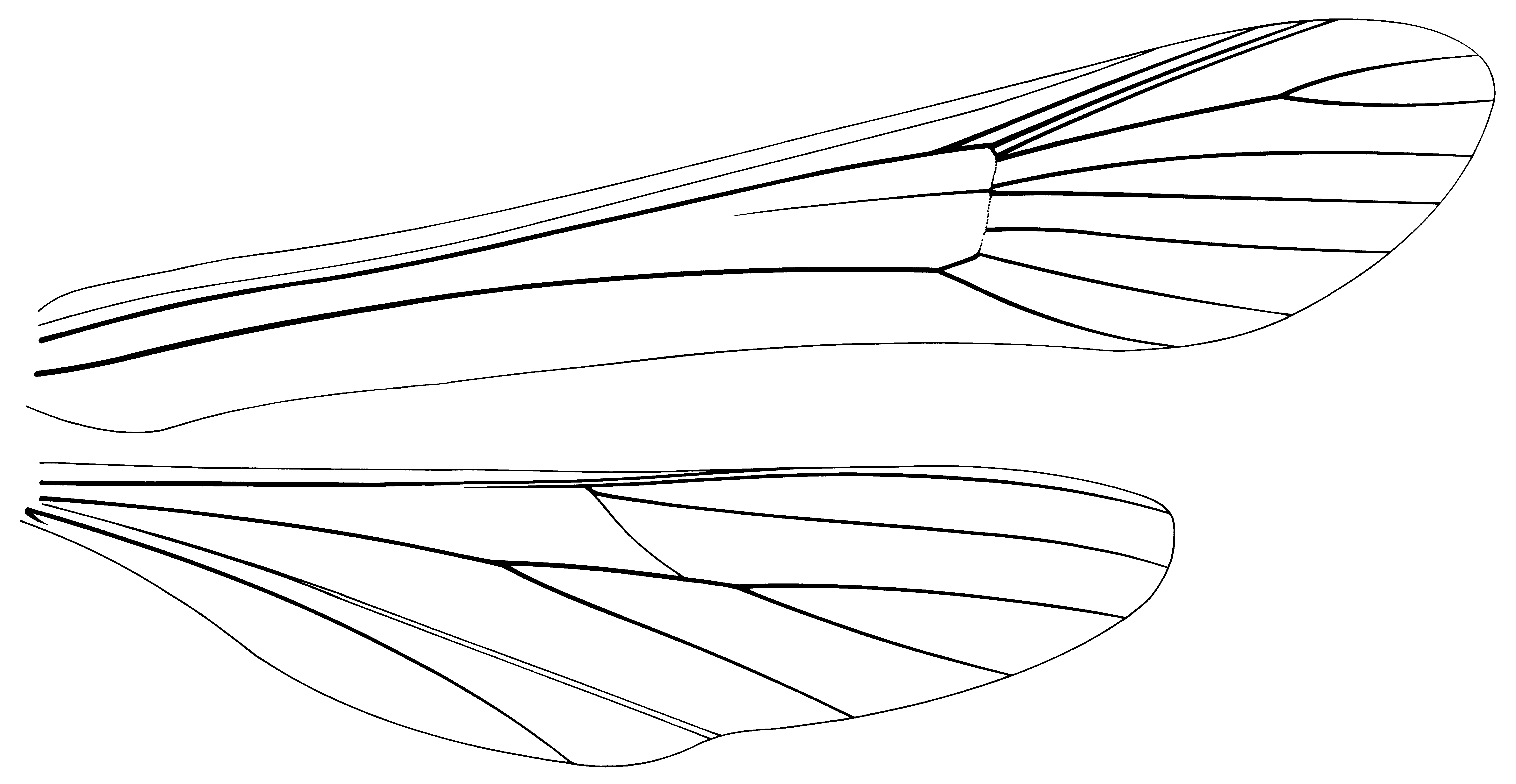