Etymology. The species epithet “ minima  ” is a Latin word meaning minimum. This refers to this species being the smallest within the described species of the genus.

Habitat. The type series of M. minima  was found nesting inside a small dead branch in an advanced stage of decomposition on the forest floor of a lowland rainforest.

Distribution. This species is known only from the type locality (S Thailand, Pattalung Province, fig. 52). 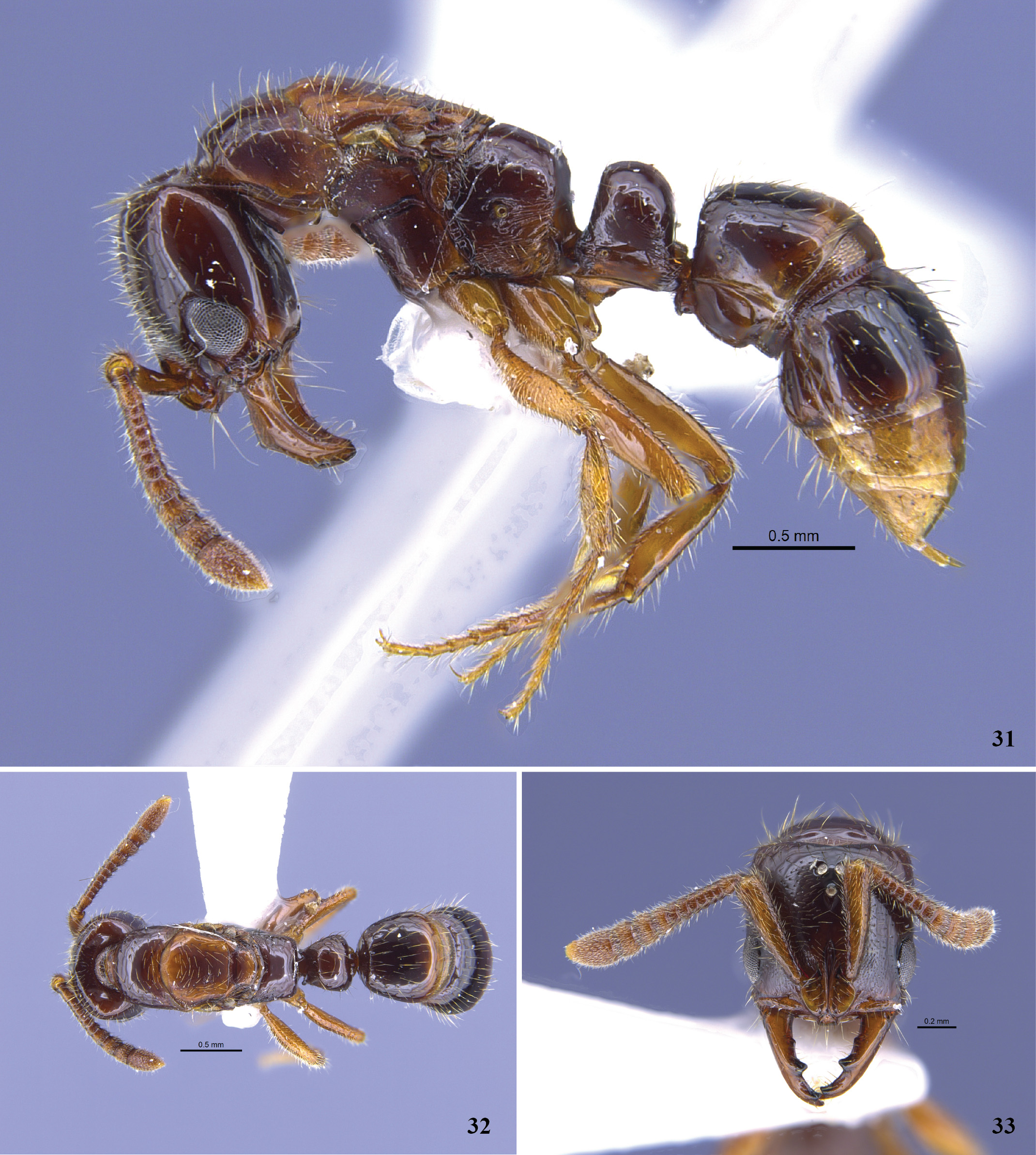