Chonocephalus buccalis Malloch. Subsequent spelling error Bohart, 1947: 411. I have remounted a cotype (syntype) female of this species (in UNP) and here designate it the Lectotype. It is very badly bleached. However, a series of critical measurements of it and of the holotype of C. buccata (in USNM) serve to support Borgmeier’s (1963) synonymy of C. buccata with this species. Previously, he had altered the ending of Malloch’s name to C. buccatus (despite this it was then erroneously spelt as C. buccalis by Bohart, 1947).

Borgmeier (1935) correctly pointed out that Brues (1915) had been incorrect to say that there are no frontal bristles above the antennal cavities. Malloch’s type series comprised five female. Borgmeier(1963) stated that he had one paratype in his collection, but subsequently lost it. Furthermore he retracted his previous (1935) statement that the hairs at the rear of the abdominal tergites arose from pale spots. However, I have remounted on slides the holotype in the USNM and a paratype in the MKB; and my examination shows that the species indeed has such pale spots, but they are sometimes only slightly paler than the rest of the tergite.

The male remains unknown but may prove to be currently known under another name.

Natural history. The ant host of the original type series is now regarded as a species, Brachymyrmex obscurior Forel. The females reported from the refuse deposits of the army ant Eciton burchellii ( Rettenmeyer & Akre 1968, Disney & Rettenmeyer, 2007) suggest that in both cases the larvae were feeding on decaying organic materials. 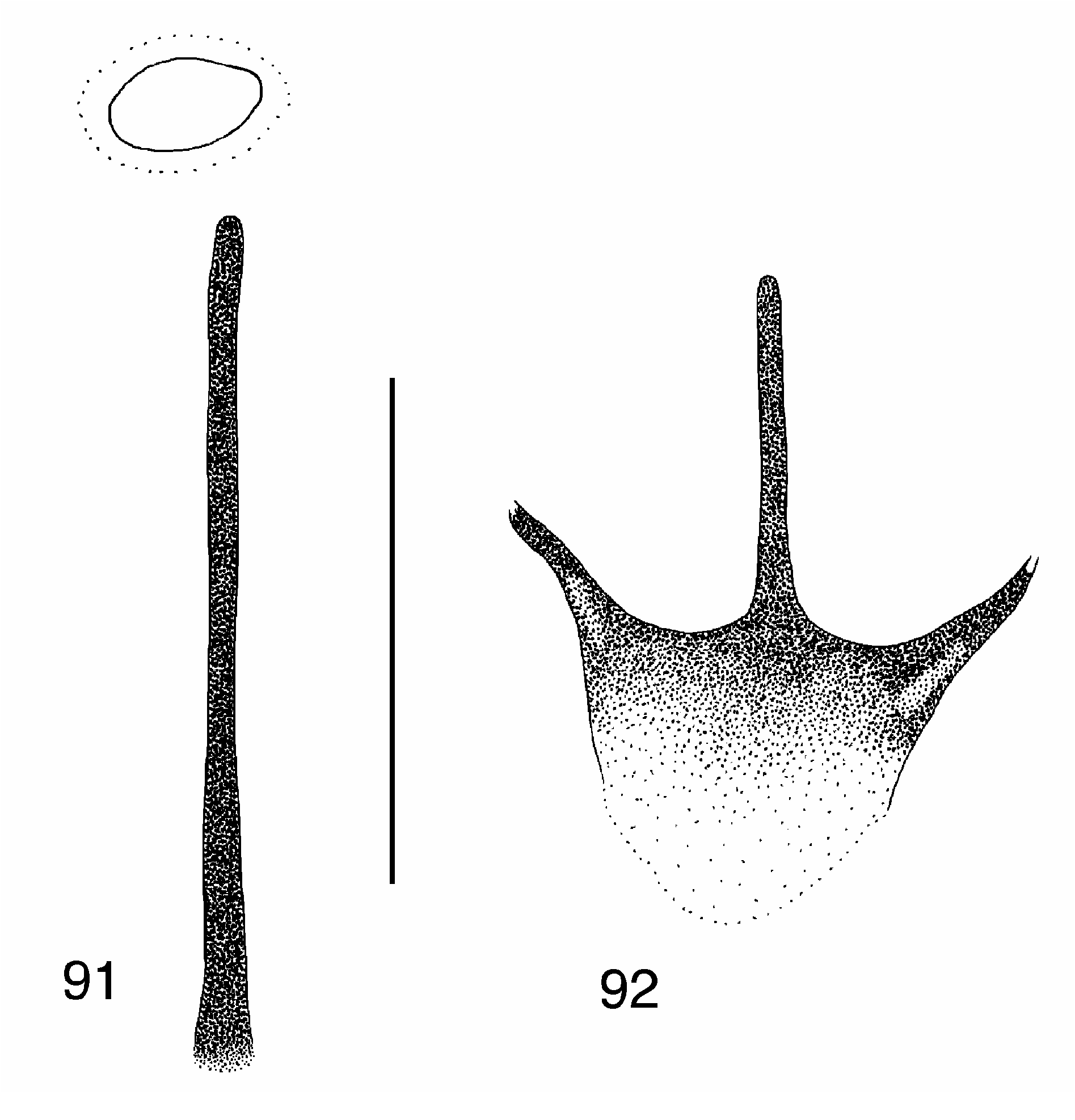