Discussion. Mycomya panthera  is a large species and has a large hypopygium compared to the other Himalayan species of the subgenus Cymomya  . The shapes of the sternal lateral appendage and sternal submedian filament are diagnostic. The sternal submedian filaments of M. panthera  are slightly shorter than the sternal lateral appendages ( Fig. 7View FIGURE 7 A –B), which are wide, apically rounded of the shape of a reversed U ( Fig. 7View FIGURE 7 B) and the apex of the aedeagus is about 2 x as wide as its subapical narrowest part in the lateral view ( Fig. 7View FIGURE 7 C), whereas in the other Himalayan species the apex is only slightly wider than its subapical part ( Figs. 4View FIGURE 4 C, 5 D, 6 C).

Etymology. The species name is a noun in apposition and refers to the big Asian members of the cat family. 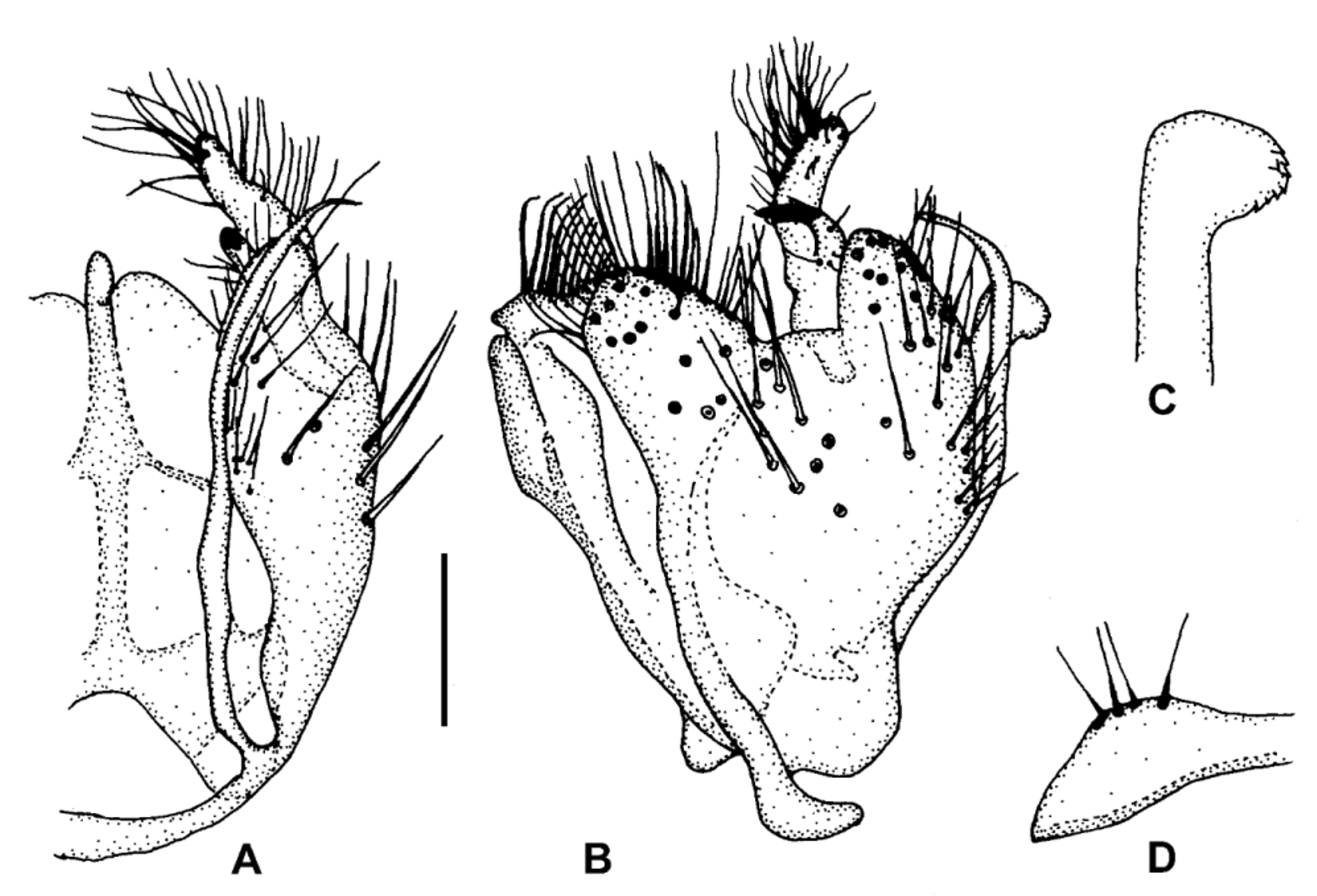