Diagnosis. A member of the genus Bolitoglossa  because of the absence of a sublingual fold and presence of extensive digital webbing and 13 costal grooves between the limbs. Inhabitant of lowland tropical humid forests from the eastern flank of the Eastern Colombian Andes (Cordillera Oriental). Distinguished from all other South American members of Bolitoglossa  by a combination of morphological and molecular traits ( Fig. 2View FIGURE 2). A small species (maximum SVL 39.2 mm), snout rounded to truncate in dorsal view, moderate nostrils, eyes are well developed, large, rounded and protruding from the outline of the head, short limbs and extensively webbed digits in hands and feet, without subterminal dermal pad on digits ( Fig. 6View FIGURE 6). This is apparently a sexually dimorphic species in size, with males (mean SVL= 30.3 mm) smaller than females (SVL= 39.2 mm), and males with two-lobed and unpigmented testes, but without an evident hedonic mental gland. Bolitoglossa leandrae  can be distinguished from other South American species of Bolitoglossa (Eladinea)  as follows. It is smaller than all South American Bolitoglossa (Eladinea)  species ( Table 2). It has more extensive webbing that highland species B. hypacra  , B. adspersa  , and B. guaramacalensis  . It has moderately extensive webbing, more than in mid-elevation species B. tatamae  , B. vallecula  , B. spongai  , B. orestes  , B. palmata  , B. savagei  , B. ramosi  , B. capitana  , B. nicefori  , B. phalarosoma  , B. pandi  , B. borburata  , B. sima  , B. peruviana  , B. equatoriana  . It is less extensively webbed than lowland species B. biseriata  , B. lozanoi  , B. altamazonica  , B. chica  and B. medemi  . It is more extensively webbed, smaller, and has fewer maxillary teeth than B. guaneae  . It has fewer maxillary teeth (males mean 23; females mean 29) than most South American Bolitoglossa (Eladinea)  species ( Table 2). It has more maxillary teeth that B. adspera  , B. orestes  , B. altamazonica  , B. chica  , and B. equatoriana  . It has more vomerine teeth (males mean 19; females mean 20) that B. hiemalis  , B. orestes  , B. spongai  , B. altamazonica  , B. sima  , B. peruviana  and B. lozanoi  .

Coloration in life. In the three males of Bolitoglossa leandrae  the tail and trunk dorsum are dark brown, with fine yellow stripes along the length of the body, the venter is predominantly grey with small brown spots. The dorsal surface of the female is copper-brown to reddish brown ( Fig. 6View FIGURE 6).

Coloration in preservative. All individuals retained the original color.

Variation. The type series consists four specimens (three males and one female). The number of maxillary teeth varies between the sexes (male mean= 23; female= 29), as well as the vomerine teeth (males mean= 19; female= 20).

Etymology. The specific epithet honours Leandra Mojica, a girl living in the rural area of San Antonio, the type locality of B. leandrae  . She represents the children of the rural area in the Tama National Park, who show so much enthusiasm for learning about amphibians.

Geographic distribution and natural history. Bolitoglossa leandrae  is known only from the eastern flank of the Eastern Colombian Andes (Cordillera Oriental), within the PNN Tama area near San Antonio, Departamento de Norte de Santander, Colombia ( Fig. 5View FIGURE 5). Only one population has been registered, and it was sampled from small forest patches, at 600 m. Field trips between 500 to 1000 m elevation revealed no additional localities. The habitat of B. leandrae  consists of secondary tropical forests. B. leandrae  , is nocturnal, usually found perched on low vegetation, taking refuge during the day under leaf litter. 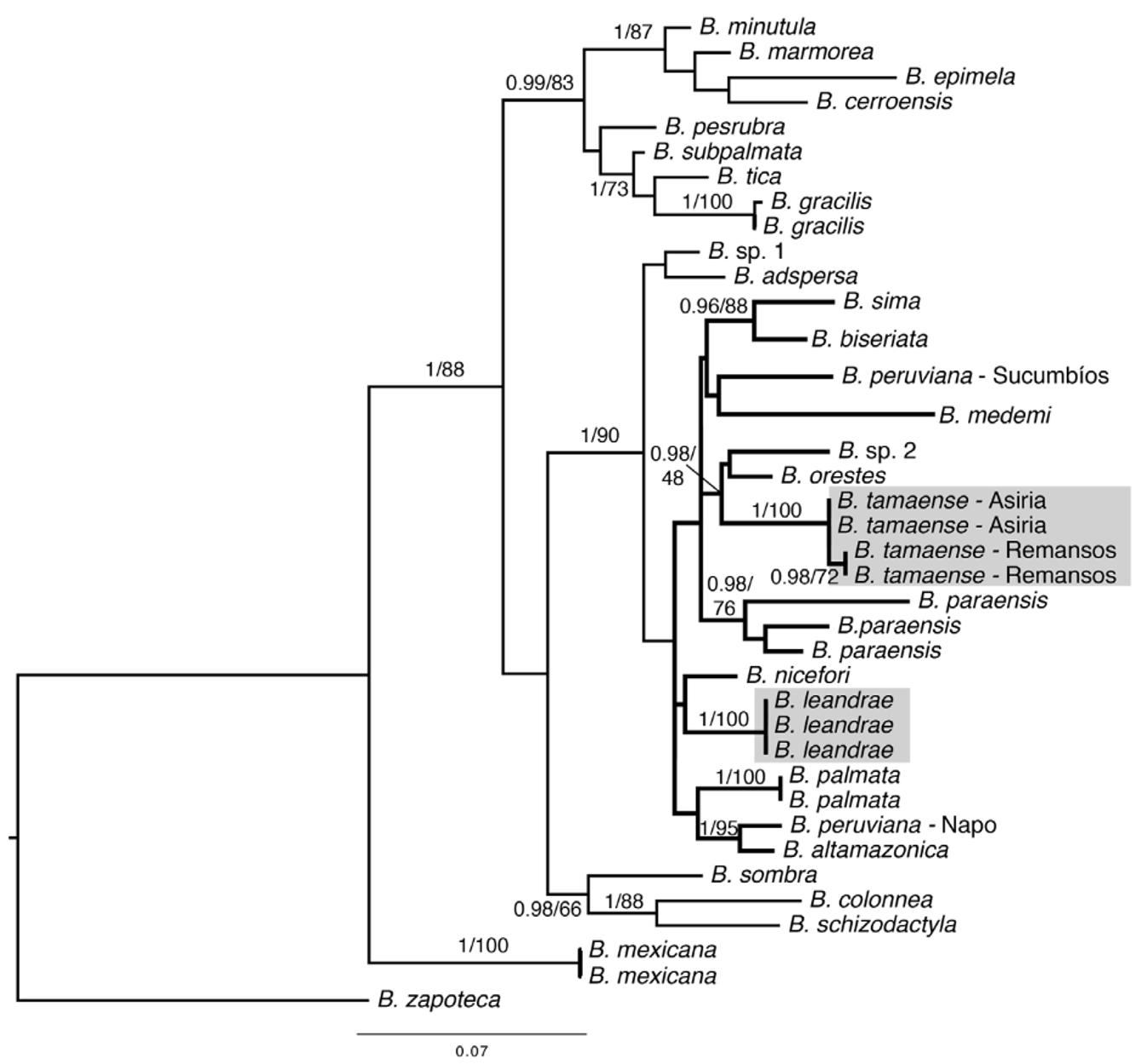 FIGURE 2. Bayesian tree of Bolitoglossa (Eladinea) based on analysis of the 16 S rRNA gene; the South american clade of Eladinea is indicated by heavier lines. The values on the internodes indicate support values for each node in the following way: Bayesian posterior probability / ML bootstrap support. Support values for nodes with prior probabilities lower than 0.95 and bootstrap support below 70 are not shown. B. mexicana and B. zapoteca were used as outgroups. 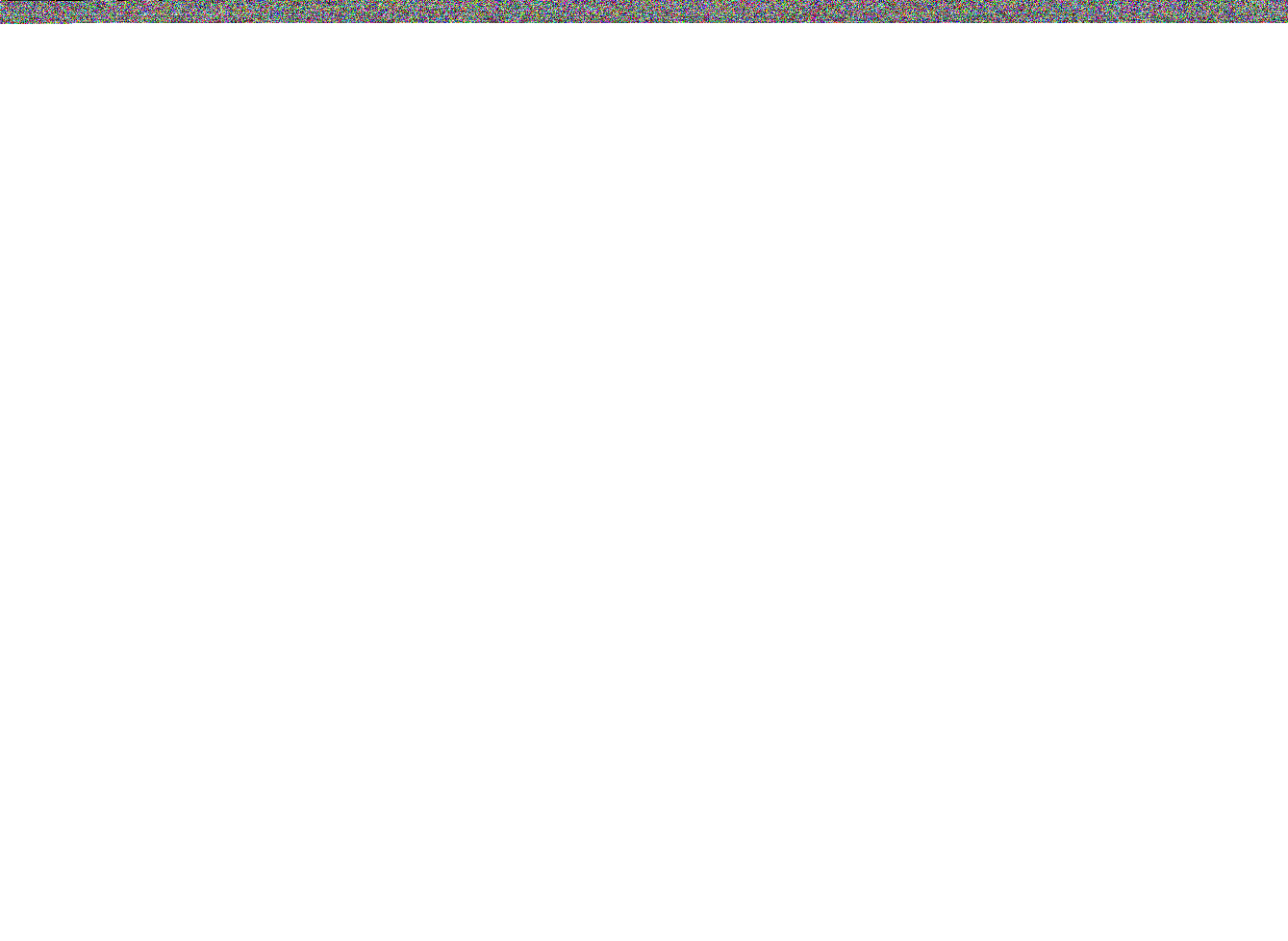