In the key of Zucchi et al. (2011) A. wachiperi runs to A. zernyi Lima, from which it differs in having darker setae, the C-band and S-band separate, and the aculeus tip nonserrate and not sagittate. The wing resembles most species of the lanceola clade in shape (the anterior margin relatively straight) and pattern (bands narrow). The shape of the aculeus tip, slightly expanded then gradually tapered, resembles A. perezi Norrbom and A. mollyae Norrbom , but is longer. It also somewhat resembles species of the lanceola clade, but is nonserrate apically and the lateral margin is not concave medially.

One sequence of A. wachiperi ( MT763872 View Materials ), from the adult specimen from Mitaraka, French Guiana, was included in the COI barcode analysis of Moore et al. (in prep.). The smallest interspecific K2P distance, with A. edentata Stone , was relatively large (8.3%).

Etymology. The name of this species is a noun in apposition in honor of the Wachiperi, the indigenous people who live near Villa Carmen biological station, Peru, in recognition of their efforts to preserve the area’s forests.

Comments. This species belongs to the mucronota species group. It is similar to A. edentata , A. tubifera , A. mollyae , and species of the lanceola clade as indicated in the Diagnosis. In the COI analysis of Moore et al. (in prep.) it runs closest to A. edentata . 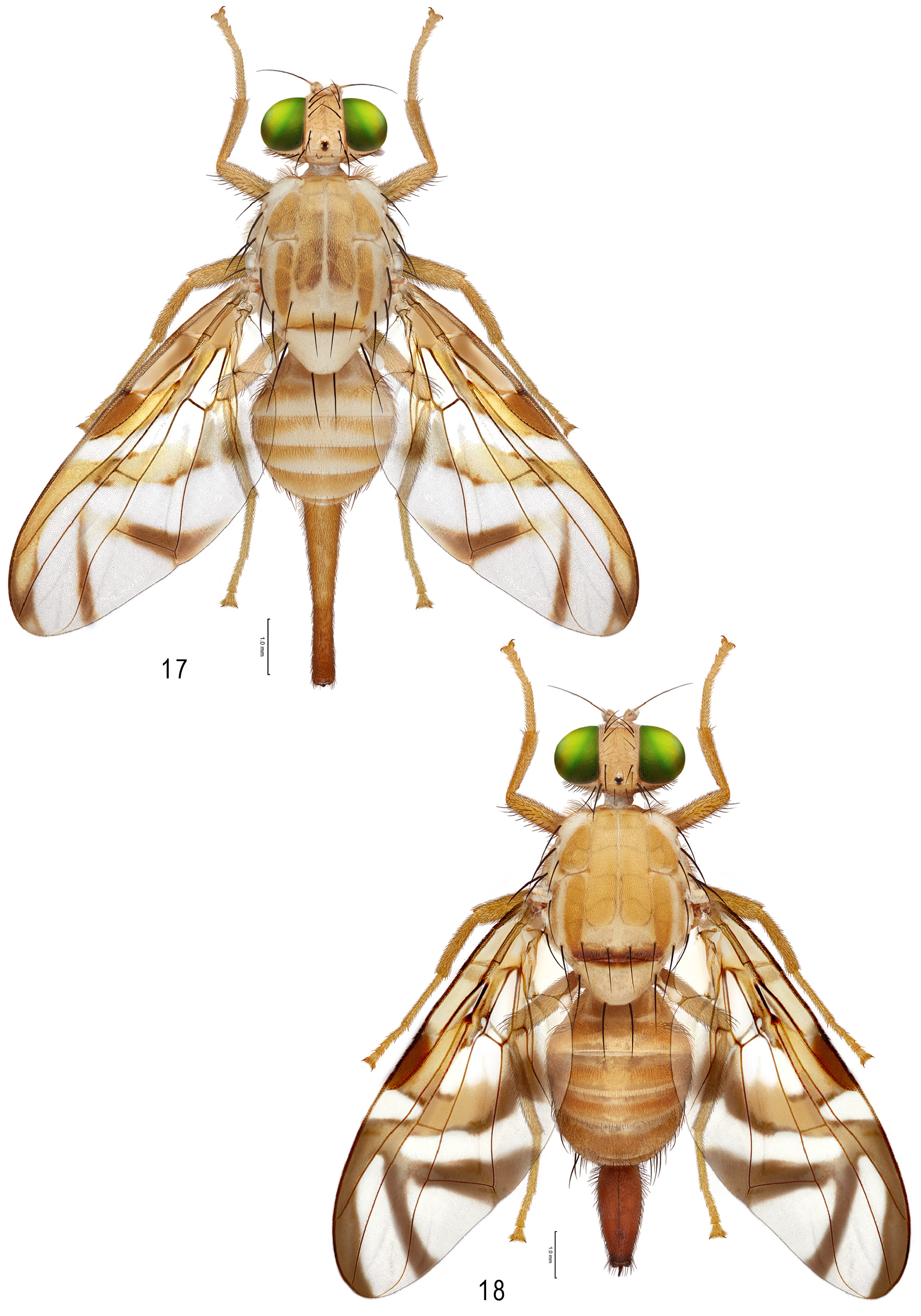 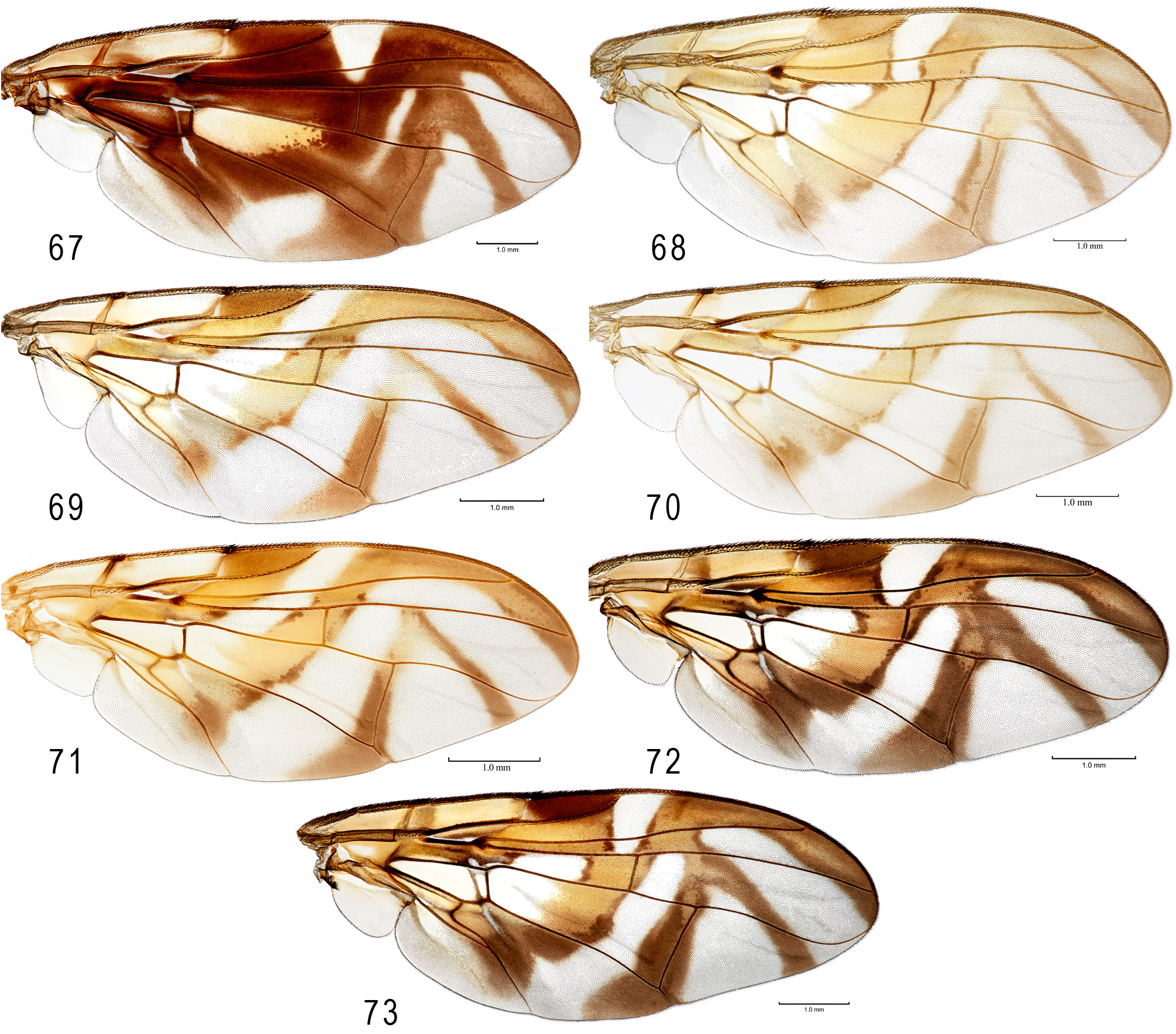 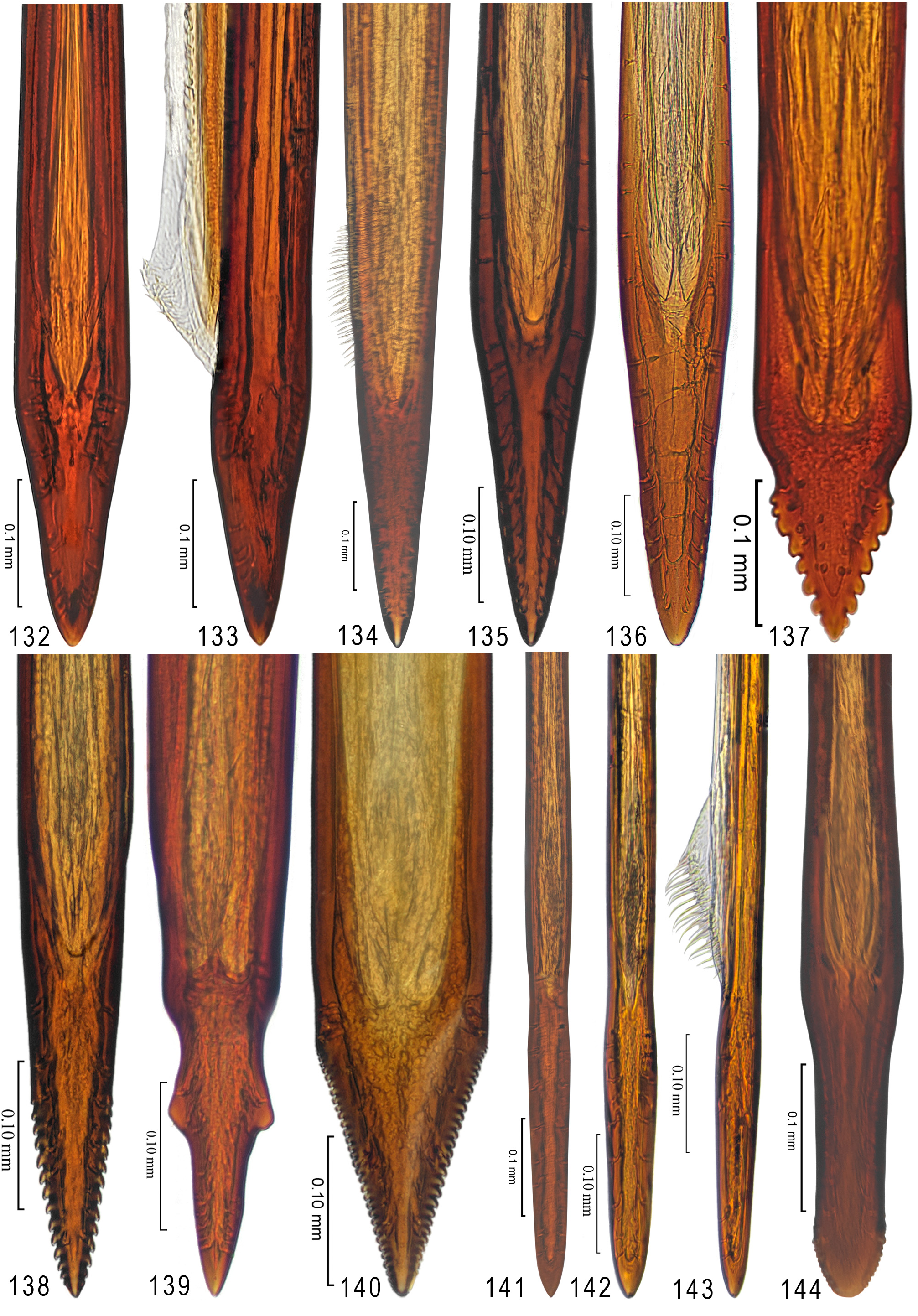