Diagnosis. Species of Tarrocanus  can be readily distinguished from other thomisid genera by the following characteristics: vertical and broad clypeus, elevated ocular area with slightly curved anterior row, enlarged prominent lateral eye tubercles (arrows in Figs 1, 2, 4, 5View FIGURES 1–9), tubercles of PLE larger than that of the other eyes and are either modified with prominent triangular shaped tooth-like projections (in T. capra  ) or without such modifications ( T. jaffnaensis  sp. nov) and horseshoe shaped marking on the centre of prosoma starting from the base of PLE tubercles. Tarrocanus  can be separated from Alcimochthes  and Domatha  by the strongly recurved anterior margin and posteriorly broader opisthosoma.

Remarks. Close relationship of Tarrocanus  and Alcimochthes  is confirmed by molecular data (Ileperuma Arachchi & Benjamin, in press). The extent of the relatedness of Domatha  to Tarrocanus  and Alcimochthes  is yet unknown due to unavailability of molecular data for Domatha  . A well represented sample, including species of the three genera (both sexes) is essential to evaluate their relationships and to corroborate their generic boundaries in morphological terms. 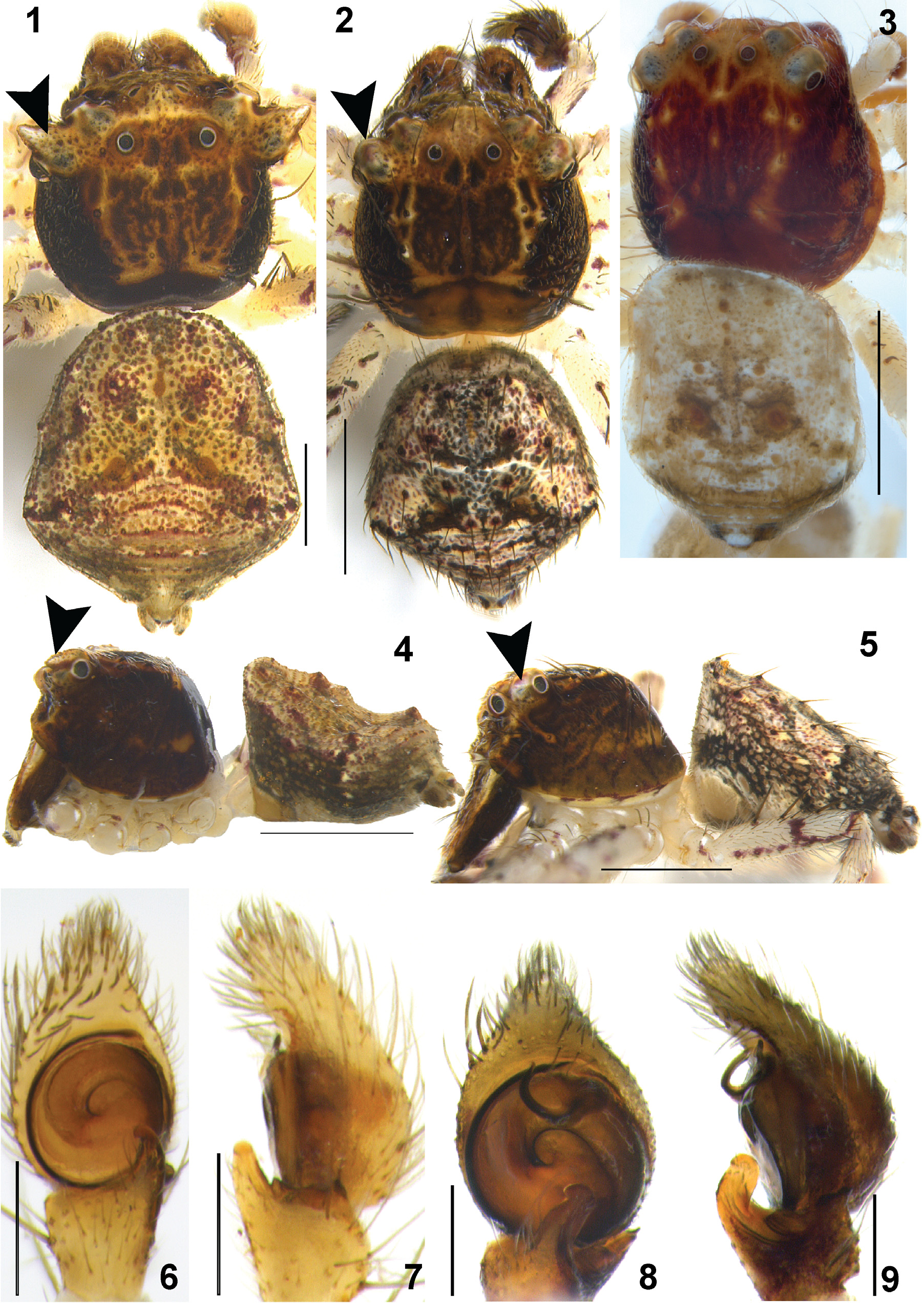