Remarks. Martins and Galileo (1990) described Oncioderes rondoniae  from a single female specimen collected in Rondônia ( Brazil). Martins and Galileo (2013) described Oncioderes piauiensis  from a single female specimen collected in Piauí ( Brazil). In describing O. piauiensis  , the authors provided the following to distinguish it from O. rondoniae  [translated] “differs by the vertex with two small triangular pubescence chestnut spots and behind the eyes with orange pubescence; by whitish pronotal pubescence in the middle and more orange sides.” The key to four described species of Oncioderes  by Galileo et al. (2015) reinforces that the difference between these two species is based solely only on color: the couplet separating the two species states that the elytral pubescence in O. piauiensis  is “predominantly orangish-yellow” while in O. rondoniae  it is “predominantly yellowish-white.” Examination of the holotype specimen of Oncioderes rondoniae  (MZSP) and a photograph of the holotype specimen of Oncioderes piauiensis  (UEFS) revealed no morphological characters to separate the two species ( Fig. 2View Figure 2 e–f). Based on close morphological similarities, Oncioderes piauiensis Martins and Galileo, 2013  is synonymized with Oncioderes rondoniae Martins and Galileo, 1990  . Note regarding the type locality of O. piauiensis  : the latitude and longitude was incorrectly reported by Martins and Galileo (2013) as “ 43°29,391′S, 09°13,228′W ″, which is located in the South Atlantic Ocean. Reversing the coordinates to “ 09°13,228′S, 43°29,391′W ″, as indicated in the specimen label ( Fig. 2gView Figure 2), corrects the error. 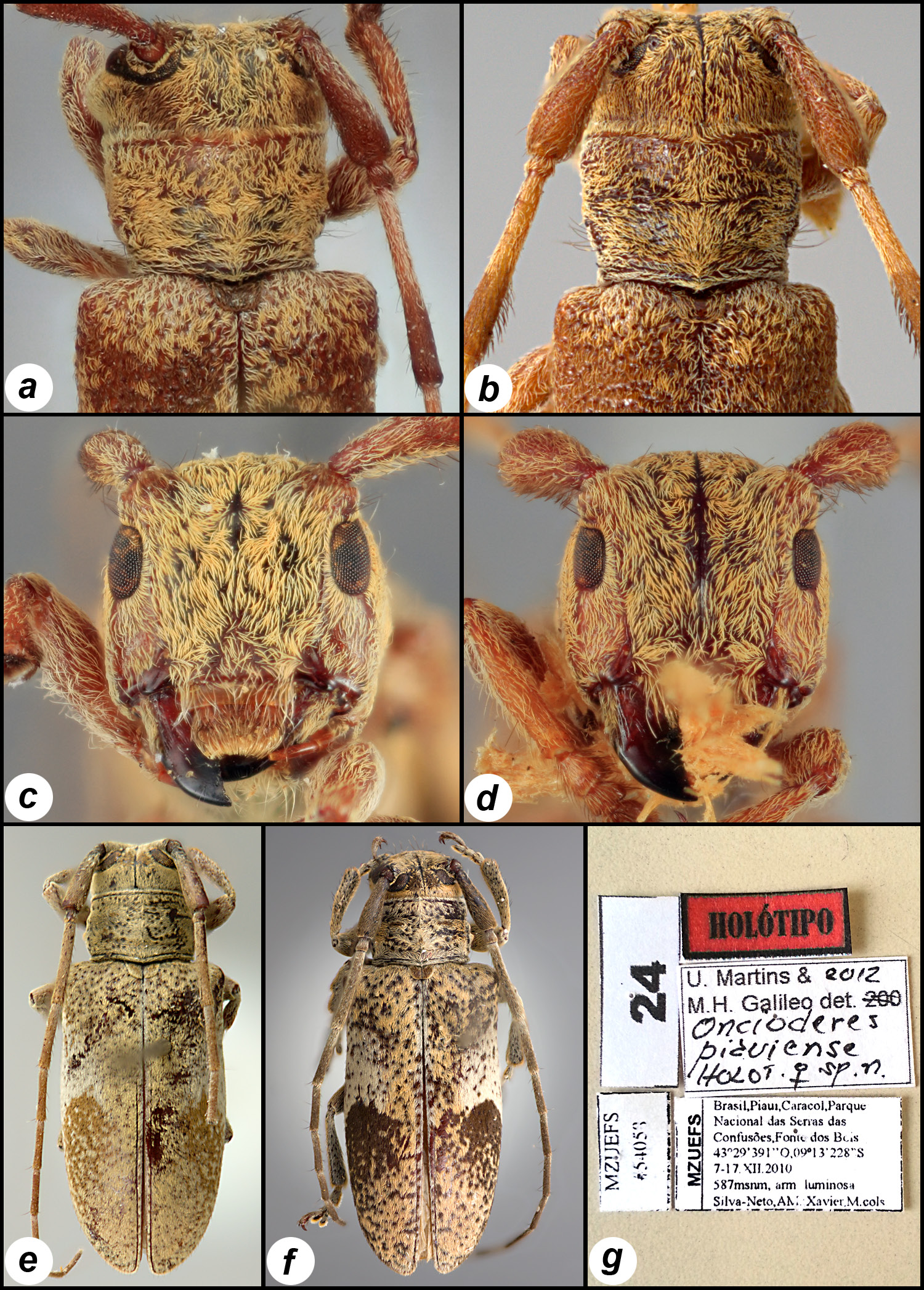