Diagnosis. Neopanorpa chillcotti  can be readily recognized from its congeners by the following characters: body yellowish brown; vertex entirely blackish brown; wings strongly tinged with yellow; male abdomen prominently longer than wings; notal organ extended shortly beyond the posterior margin of tergum IV; hypovalves slender, widely divergent, elongated to the caudal end of gonocoxite, slightly expanded and convergent at tips; epandrium tapering to the tip, ended with a rounded apex; female superficially distinct with two black spots on the middle of each of terga III –V.

Wing markings are highly variable and can be categorized into four distinct types of wing patterns ( Fig. 6View FIGURE 6). Type I ( Fig. 6View FIGURE 6 A; 6♂, 2♀ from China and 3♂, 2♀ from Nepal) is the most common pattern. Other types of wing patterns are compared with type I. In the forewings of type I, the apical band is incomplete, ending posteriorly near M1, and with a projection prolonging posteriorly beyond R4; the pterostigmal band is Y-shaped, with the basal branch often interrupted at base and the apical branch complete; the basal spot is absent; the marginal spot is very small and vague, only extending to R4+5; the submedian band is faintly indicated by a spot between CuA and CuP.

Habitat. Gyirong in Tibet is adjacent to Nepal with an average elevation of 2600 m ( Fig. 1View FIGURE 1). Rainfall occurs primarily between May and September, with more than 1000 mm precipitation annually. The landscape is conjoint with lush forests and deep ravines. Most adults were captured on low shrubs or shaded herbs at the edge of broadleaved forest mixed with coniferous trees ( Fig. 2View FIGURE 2).

Remarks. This is the first record of N. chillcotti  from Tibet, China since it was reported from Nepal by Byers (1971). Based on our observations of a series of specimens preserved in ethanol, several variations were found to differ from the original description. Firstly, a remarkable line of short black setae was observed along the anterior margin of the pronotum in our specimens ( Fig. 4View FIGURE 4 B), conflicting with a lack of spines along the anterior margin given in the original description ( Byers 1971). Additionally, possibly due to strong shrinkage of dry pinned specimens, the female subgenital plate and genital plate illustrated by Byers (1971) are narrower and more slender than those in our figures ( Figs. 9View FIGURE 9 C –E).

Details of the postnotal organ are added as well because Byers (1971) only dealt with the process on tergum III. The anterior part of the aedeagus is not visible in the original illustration. Here we add illustrations of the aedeagus from different aspects ( Figs. 8View FIGURE 8 A –C). 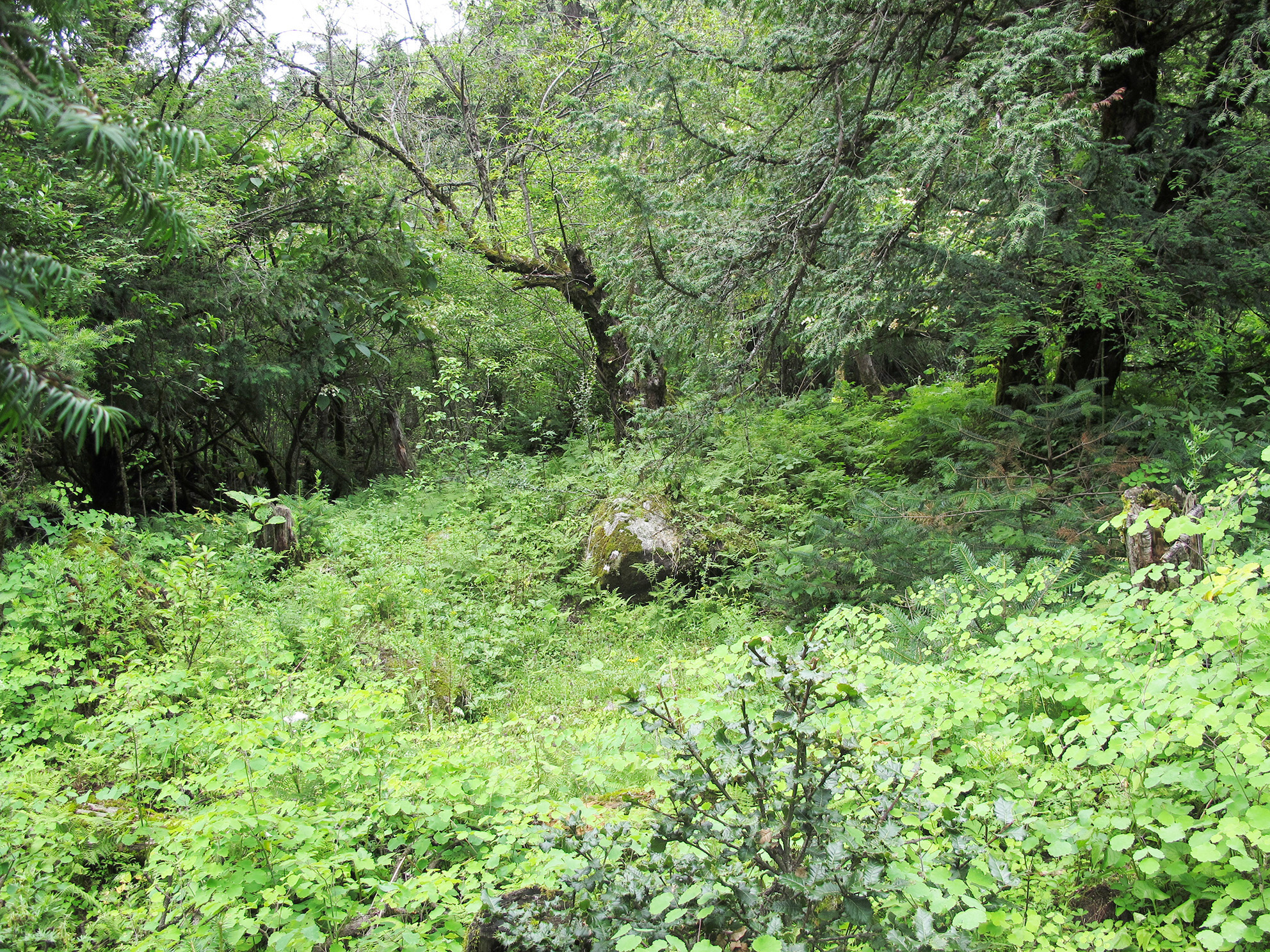