Galium shinasii  is related to Galium cornigerum  , Galium lasiocarpum  and Galium sorgereae  but it differs from them in having very reduced flowers (not flowers relatively larger), 1.2-1.8 mm corolla diam (not 2-5 mm); yellowish-green to reddish-green and 0,5-1 mm long tepals (not white or pink and not at least 2 mm); dorsal and ventral surface of with densely transparent tubercles and lateral surface 0.2-0.4 mm spreading to patent hairy fruits (not tubercles absent and fruits wholly villous, hirsute or subtomentose).

This species is named in honour of retired Prof. Dr. Şinasi Yıldırımlı (Biology Dep. Hacettepe University, Turkey), who is an expert in Plant systematics and taxonomy. He described more than 100 new plant species for science in Turkey. The Turkish name of this species is given as "Levent İplikçiği”, according to the guidelines of Menemen et al. (2013).

Galium shinasii  is a endemic for Eastern Anatolia. It’s known that is from Levent Canyon (Figure 5View Figure 5) in Akçadağ district, and Eskiköy in Doğanşehir district in Malatya province and near Refahiye district in Erzincan (Figure 5View Figure 5). It is an element belonging to the Irano-Turanian floristic region and colonizes only marlstone-calcareous cliffs, usually those with an eastern and south-eastern orientation, at an elevation of 1200-1800 m. It is an obligate chasmophyte.

The new species found in 3 populations. Two populations have been discovered in Malatya province, the other has been discovered in Erzincan province. Although the distribution area of Galium shinasii  seems relatively wide, the populations of the area are very restricted. The total population area of Galium shinasii  was calculated as 0.2 km2 and approximately 500 individuals were observed in total. Probably it has still several undiscovered populations. No anthropogenic or grazing effects were observed on the population. According to the present data, following the criteria laid out by the IUCN (2012), the plant is categorized as ‘Vulnerable’ (VU) D1 + 2, on account of its restricted distribution. 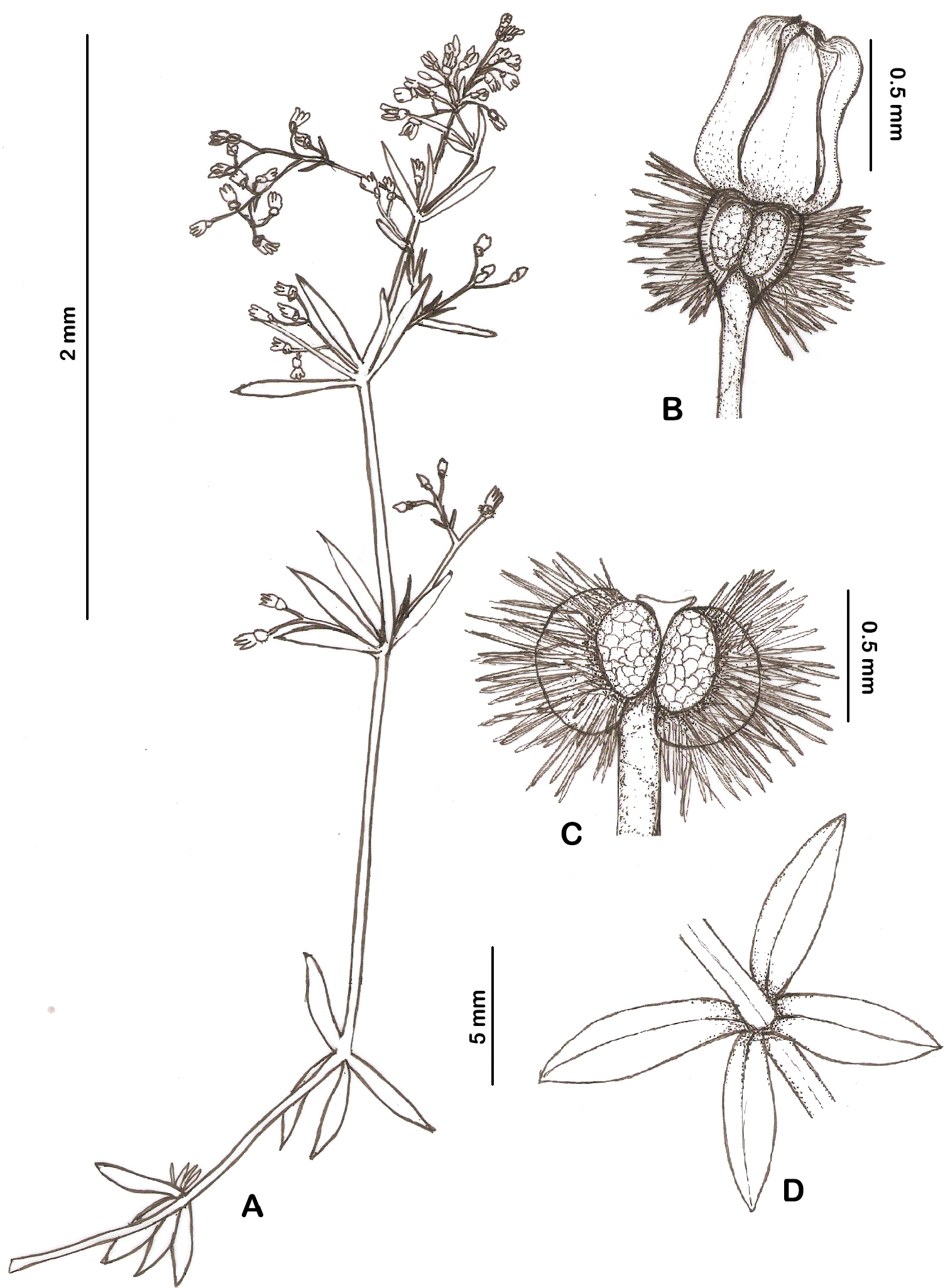 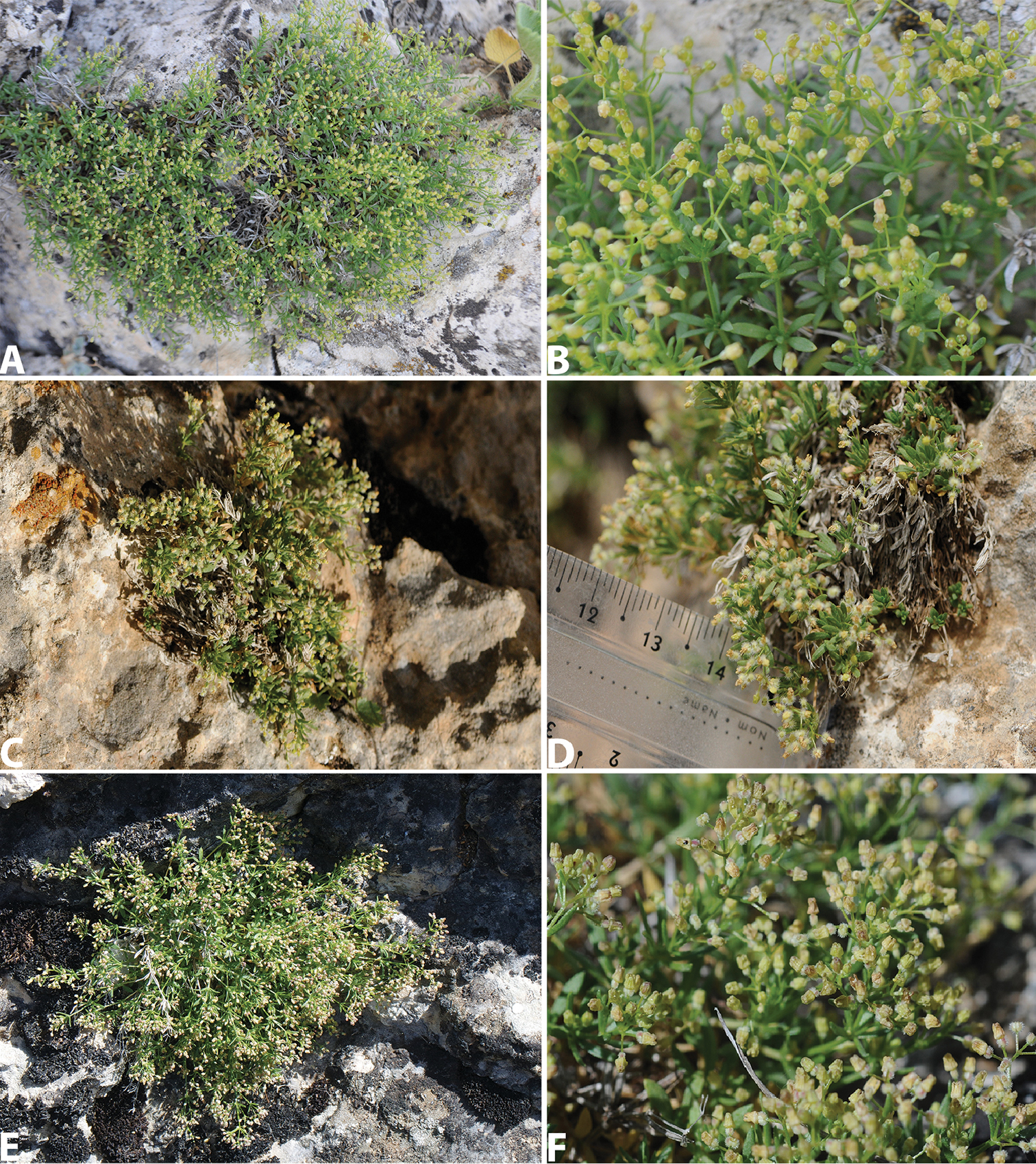 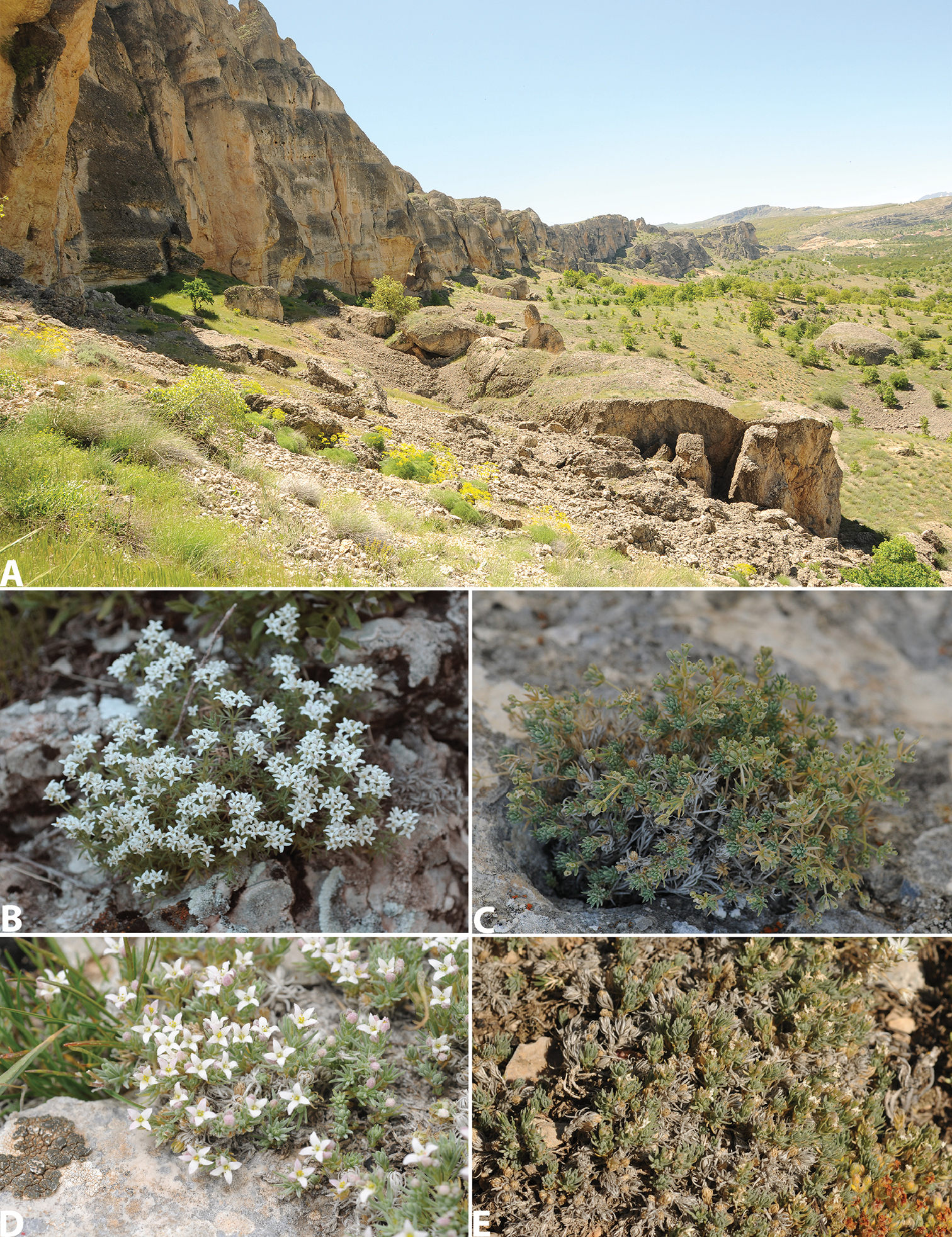