Archilestes  is mainly a North American genus; nine species have been described. There are few species and few records in South America (Garrison et al. 2010). The genus was not expected to occur in Ecuador, but recently a photograph of an Archilestes  species was taken in Pichincha Province by Remco Hofland ( Fig. 46View FIGURE 46); no specimen was collected and therefore its specific identity is unknown. It is possible that the species is A. chocoanus  Pérez- Gutiérrez (2012), recently described from Colombia, or it is an undescribed species. Pertinent references on identification are Gloyd (1980), De Marmels (1982), Garrison (1982) and Pérez-Gutiérrez (2012). Archilestes  typically inhabit slow-flowing streams with vegetated, pooled areas. 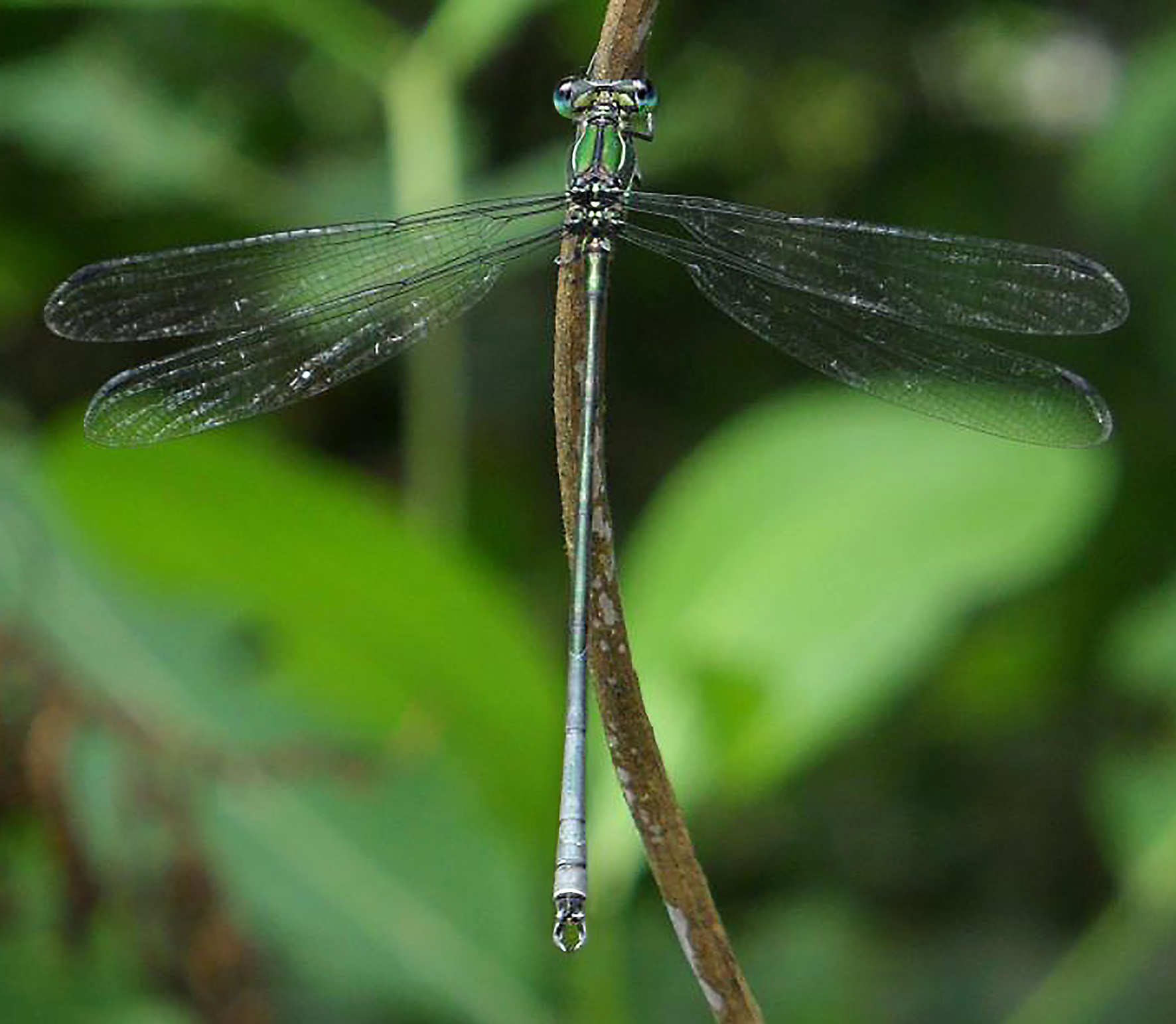