We dissected a D. dominicana  paratype ( AMNH, Reg. 21752) to determine its relationship to the species we describe as new in this paper. We found the novasternum to have a distinctive bicornute caudal margin. This notched form resembles the shape in species of the auraria  complex, unlike the smooth convexity of the novasternum of the remaining two D. serrata  complex species. Ayala’s drawing (1965 a, fig. 2) does not show this but it is clear in an unpublished drawing of D. dominicana  by I.R. Bock (dated 9 Feb 1987) that we have been able to view. We can confirm, however, that the secondary claspers are indeed noticeably circular in appearance as described and illustrated by Ayala (1965 a, b); this is also reminiscent of auraria  complex species. Drosophila dominicana  has distinct spines along the ventral cercal margin and has three spines of unequal size (two large, one small) arising from the secondary clasper. The latter may be a variable condition because it is evident in Ayala’s (1965 b) drawing and in our dissected specimen, but not in Bock’s unpublished sketch.

Drosophila dominicana  is known only from a culture derived from a sample collected at Madang, Papua New Guinea ( Ayala 1965 b); we can find no evidence that montium  subgroup flies have been sampled in that region since that time. However, many pinned drosophilid specimens from Papua New Guinea remain unsorted (specimens at the B.P. Bishop and Australian Museums). Reports of D. dominicana  from several locations in Sabah ( Mather 1968) cannot be confirmed by us because of the lack of voucher material. 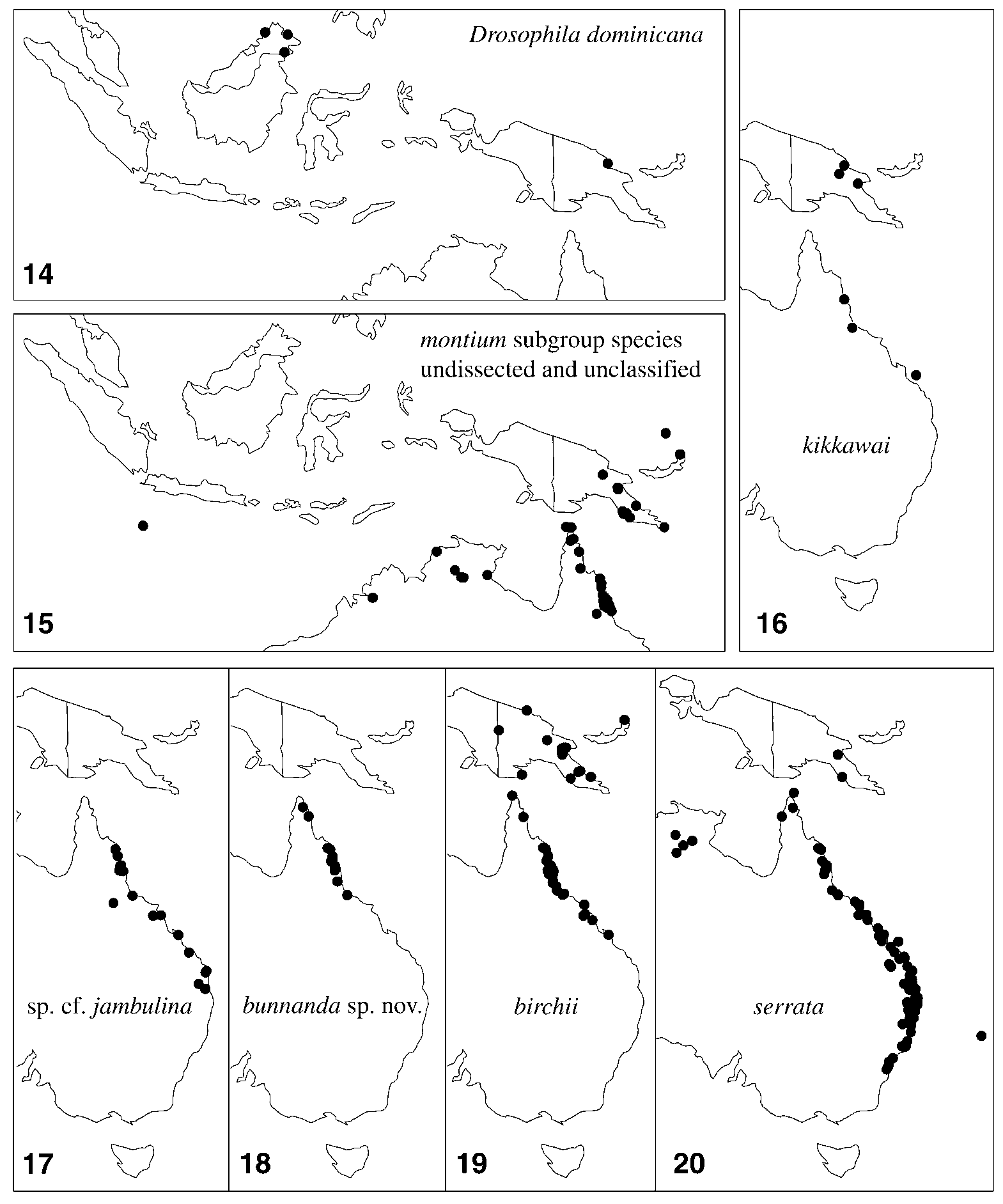