Specific epithet. This new species is named from its type locality, the island of Borneo.

Underside glabrous and shinning. Abdominal sternum VII in male normally notched at middle, with one seta on each side in males; two setae in females.

Male genitalia: as in fig. 64View FIGURES 61–66. Median lobe of aedeagus of peculiar shape: ventral margin markedly sinuate in lateral aspect; in ventral aspect, middle part distinctly dilated, and then gradually narrowed to apex; apical lamina very developed, much longer than the basal width, capitate and axe-shaped in dorsal and ventral aspect, hooked in lateral aspect. Endophallus with two chitinized copulatory pieces close to the left lateral margin of the median lobe, close to each other at base, V-shaped; the ventral one longer, sinuate and acicular at apex, apex adjacent to the base of the apical orifice; the dorsal one shorter and wider. Left paramere dorsally depressed, two times as long as wide; right paramere slightly emarginate. ( fig. 65View FIGURES 61–66)

Geographical distribution and habitat. Only known from Borneo: Sarawak and Sabah, Malaysia ( map 5View MAP 5) in tropical rain forest. Some specimens were collected by light trap.

Remark s. In the original description of C. corporaali, Andrewes (1929)  wrote that he examined one further specimen from North Borneo, Kudat, “which is smaller in size and narrower, with a touch of deep red at the apex of elytra, so that it approaches more nearly to C. terminata  ”. This specimen was cited (Sabah: Kudat) as C. corporaali  by Stork (1986). Maybe, it should belong to C. borneensis  .

Andrewes (1931a), in his monograph on the Carabidae  of the Mt. Kinabalu (Sabah), didn’t cite any Calleida  species. But, according to the present contribution, at least four species are distributed in Sabah: C. borneensis  , C. corporaali  , C. tenuis  and C. gressittiana  , two of which are endemic to Borneo. 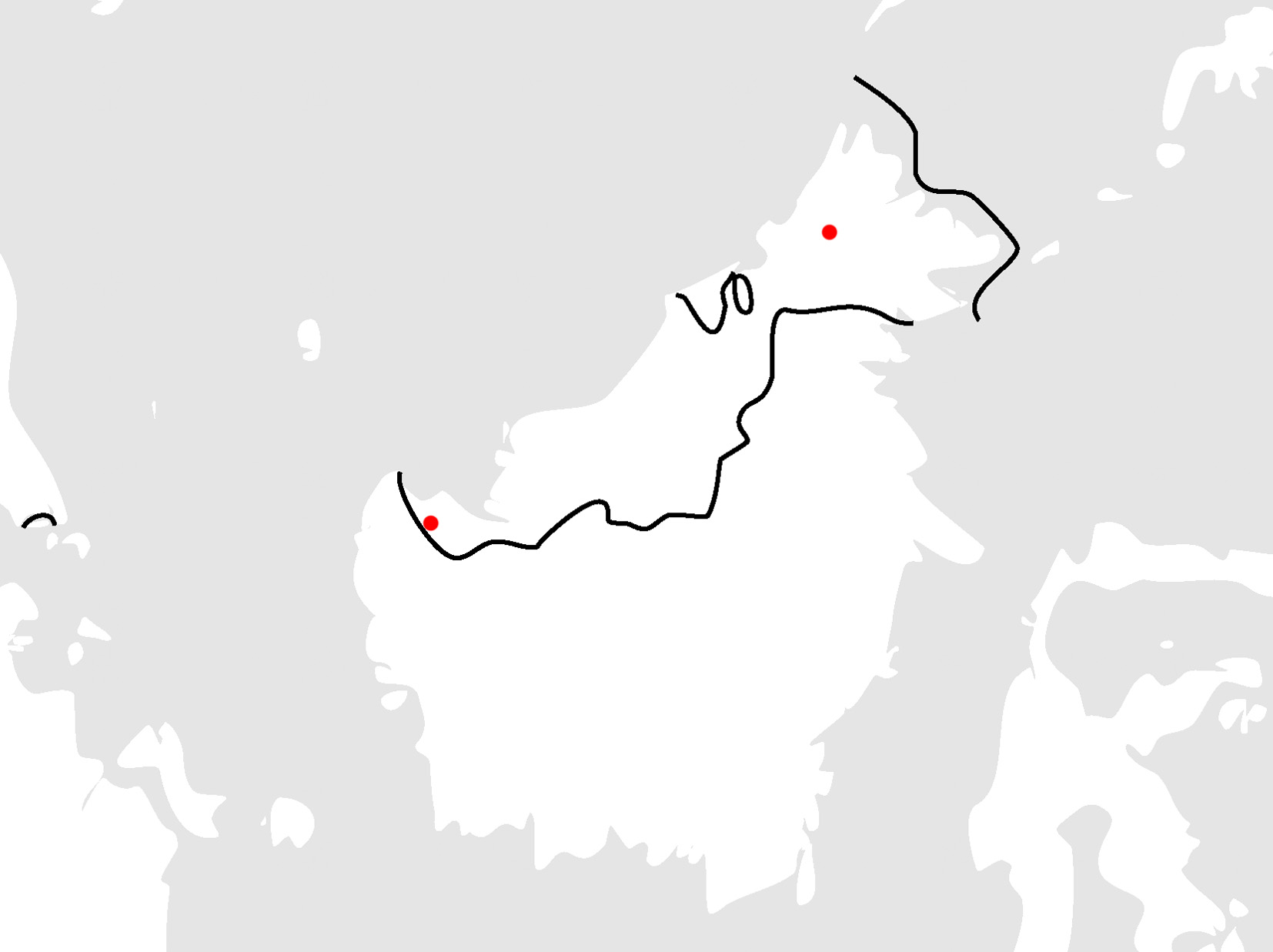 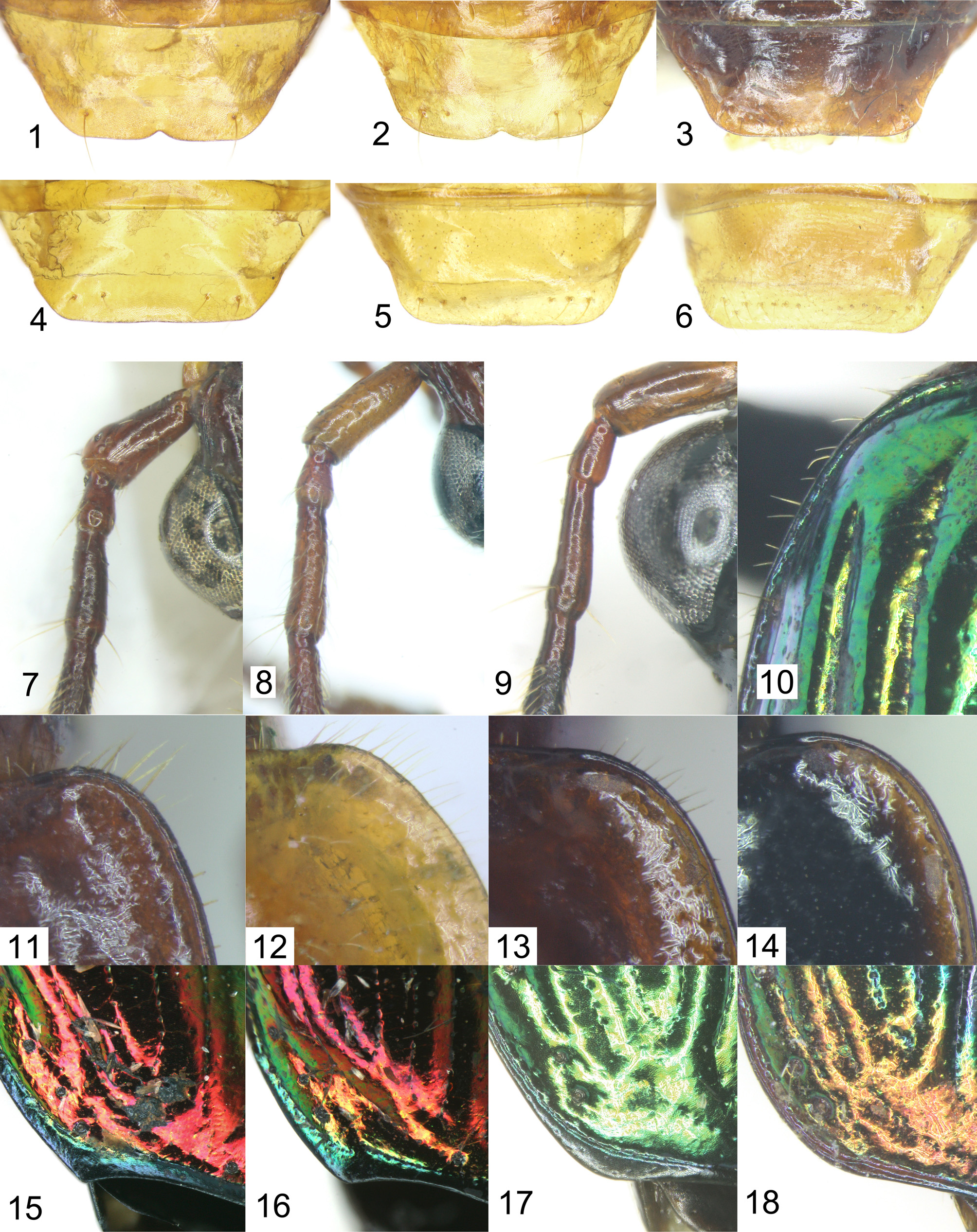