Remarks. There are other taxa with long cirri alternating in length and similar chaetae. This specimen is most similar to Syllis lutea   , but the blades of its midbody and posterior compound chaetae show a proximal tooth considerably wider than the distal one, the spines of the blades are longer and curved, and as long as the proximal tooth ( Hartmann-Schröder, 1960, Licher, 1999). In Syllis   sp. 1, blades of compound chaetae do not have a proximal tooth wider than the distal one and the distal spines, although long, are never as long as the secondary tooth. Similar differences exist between Syllis   sp. 1 and S. glarearia   . Blades of compound chaetae in S. glarearia   also have a wide and long proximal tooth and long spines, of which at least one or two are as long as the proximal tooth. Moreover, S. glarearia   has bidentate simple dorsal chaetae, unidentate as present in S. sp. 1 ( Westheide, 1974, Licher, 1999). In Syllis jorgei San Martín & López, 2000   (Mediterranean Sea) the long spines of the blades are longer than the distal teeth ( San Martín & López, 2000; San Martín, 2003). The absence of eyes in this species may be a result of the time spent in alcohol. Identification to species is not possible given its condition. 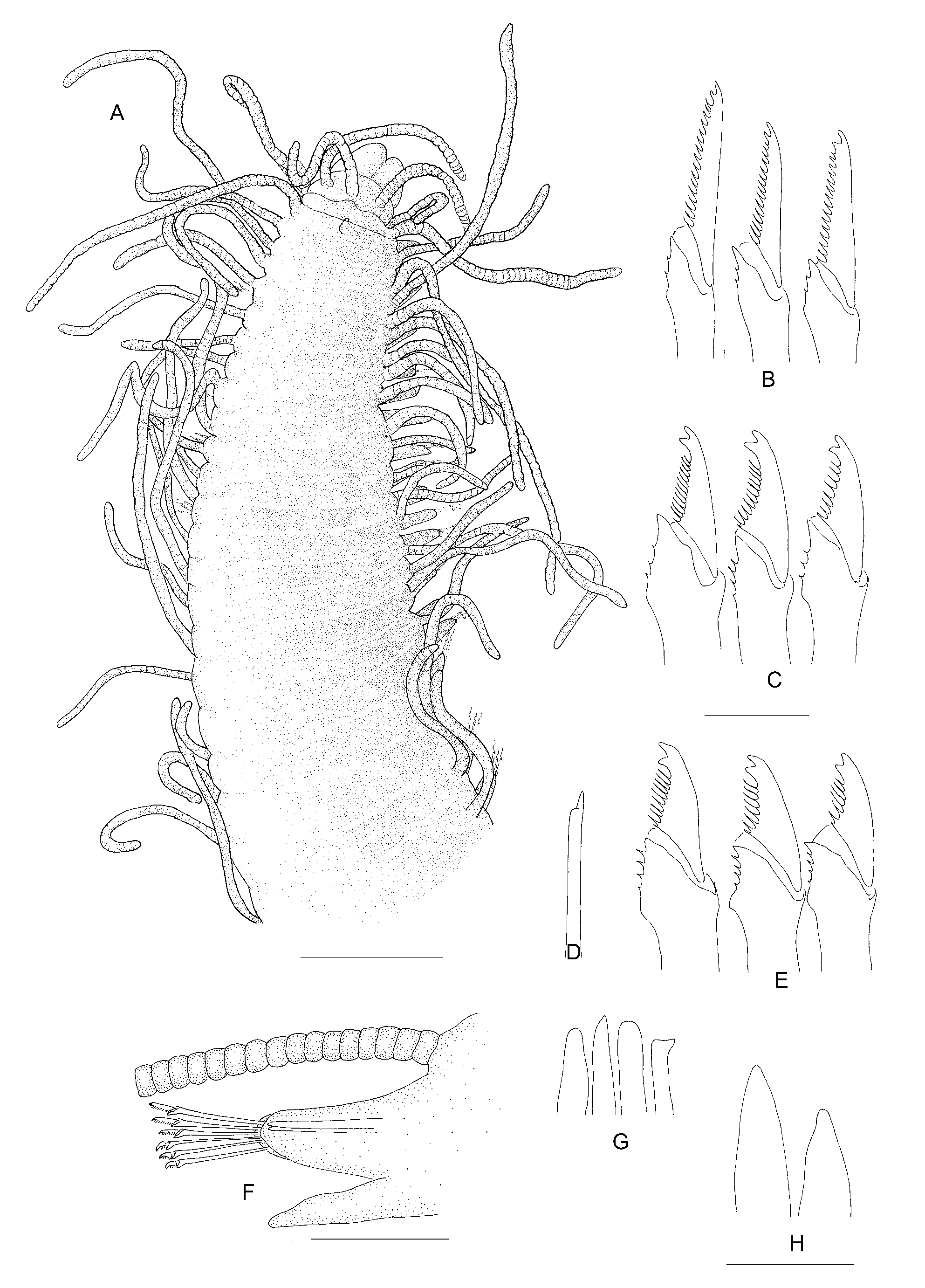