Remarks. This species is unique in having deep and broad impressions along lateral pronotal margins. The only Cephennomicrus species with a modified pronotum known so far was the Australian C. pronotalis Jałoszyński, 2018 , which, however, has broad and sharply demarcated lateral impressions not on entire length, but only near anterior pronotal corners, and a clearly different modification of the head in males. 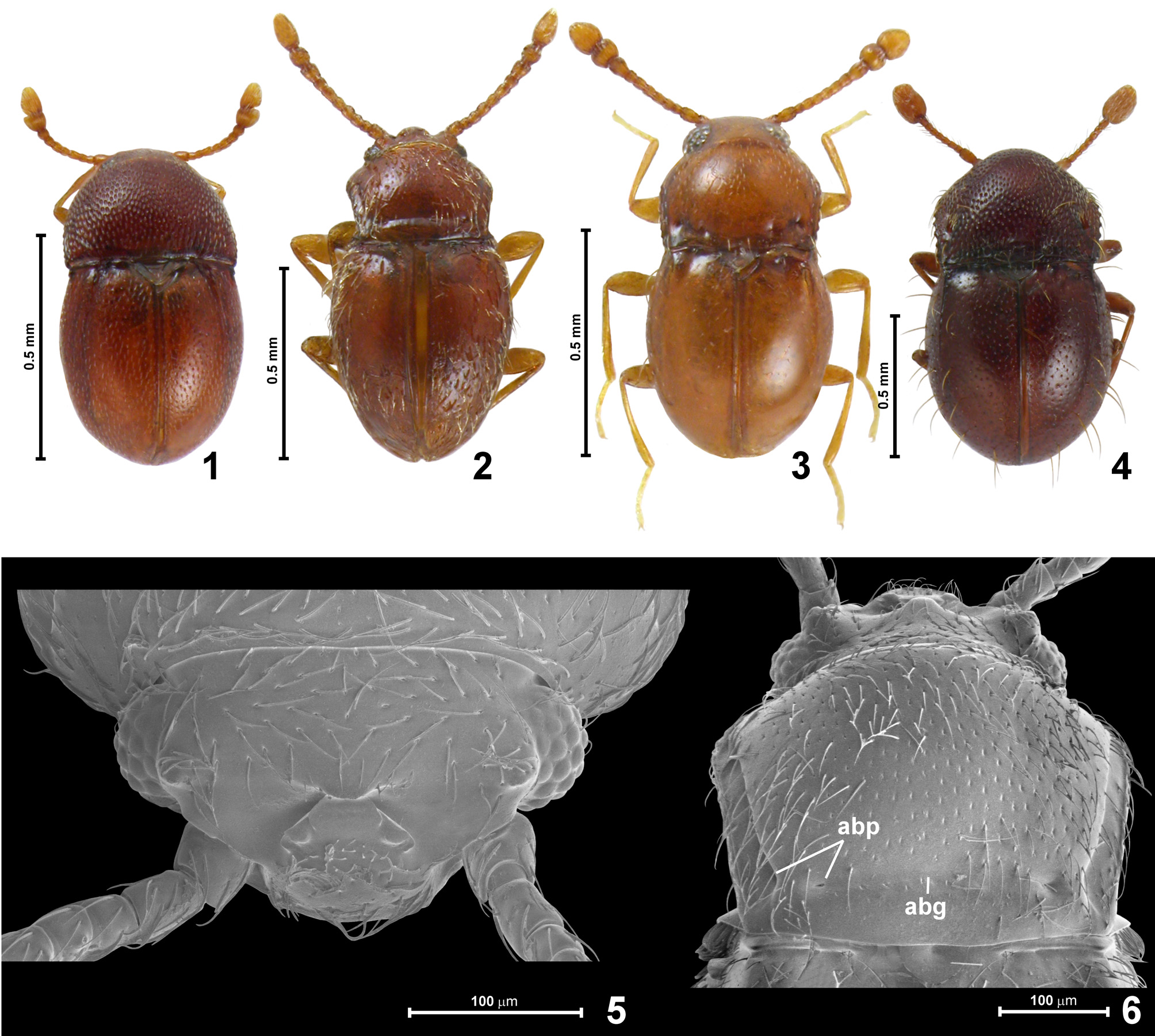