Etymology. This species is named after Dr. Thomas Wehe, in recognition of his publications on polychaetes, especially his compilation on Northeastern Indian Ocean polychaetes, and because he collected the holotype.

Remarks. Piromis wehei   n. sp. resembles P. brisegnoi   n. sp. because both bodies with long, abundant chaetae. They differ because in the former notochaetae are thinner than neurochaetae, while in the latter the notochaetae are very thick, being as thick as neurochaetae, and P. w e h e i has a thick cover of sediment particles, which is not seen in P. brisegnoi   . Further, P. w e h e i n. sp. differs from most other described species because most of the sediment particles are adhered on their smallest surface, giving them a very irregular profile.

Distribution. Only known from two localities in the Northwestern Indian Ocean, in shallow water. 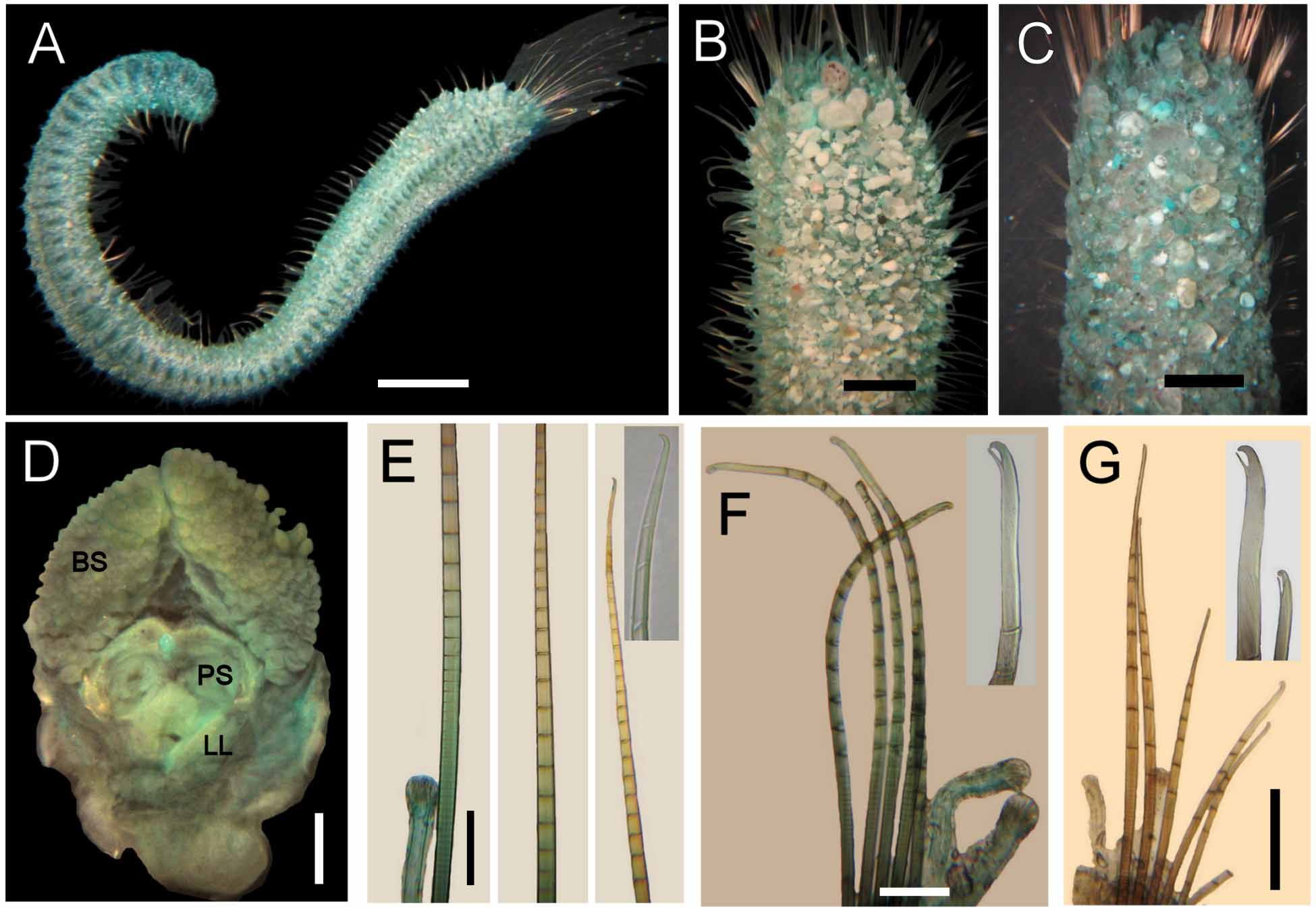