Hind wing well developed, congruent with the description above, and unfolded.

The hind wing of the holotype of A. laevis  is well preserved, and one is unfolded and extended. The base of the hind wing is obscured because of the position of the specimen, but most of the preserved structures are similar to those of extant earwigs. The female paratype CNU-DER-MA2018002 shares the same characters with the holotype, but the integument of this paratype is somewhat roughened and the pronotum seems broader than the holotype; however, these differences may be the result of taphonomy. The male paratype CNU-DER-MA2018003 shares the same characters with the holotype except for a larger body size, which seems to be a sexual difference. Otherwise, differences in body size are mainly reflected in tegmen length and abdominal length which are longer than the female, but otherwise proportional.

The specific epithet is the Latin word laevis, meaning, “polished” or “smooth”, in reference the integumental surface of the species. 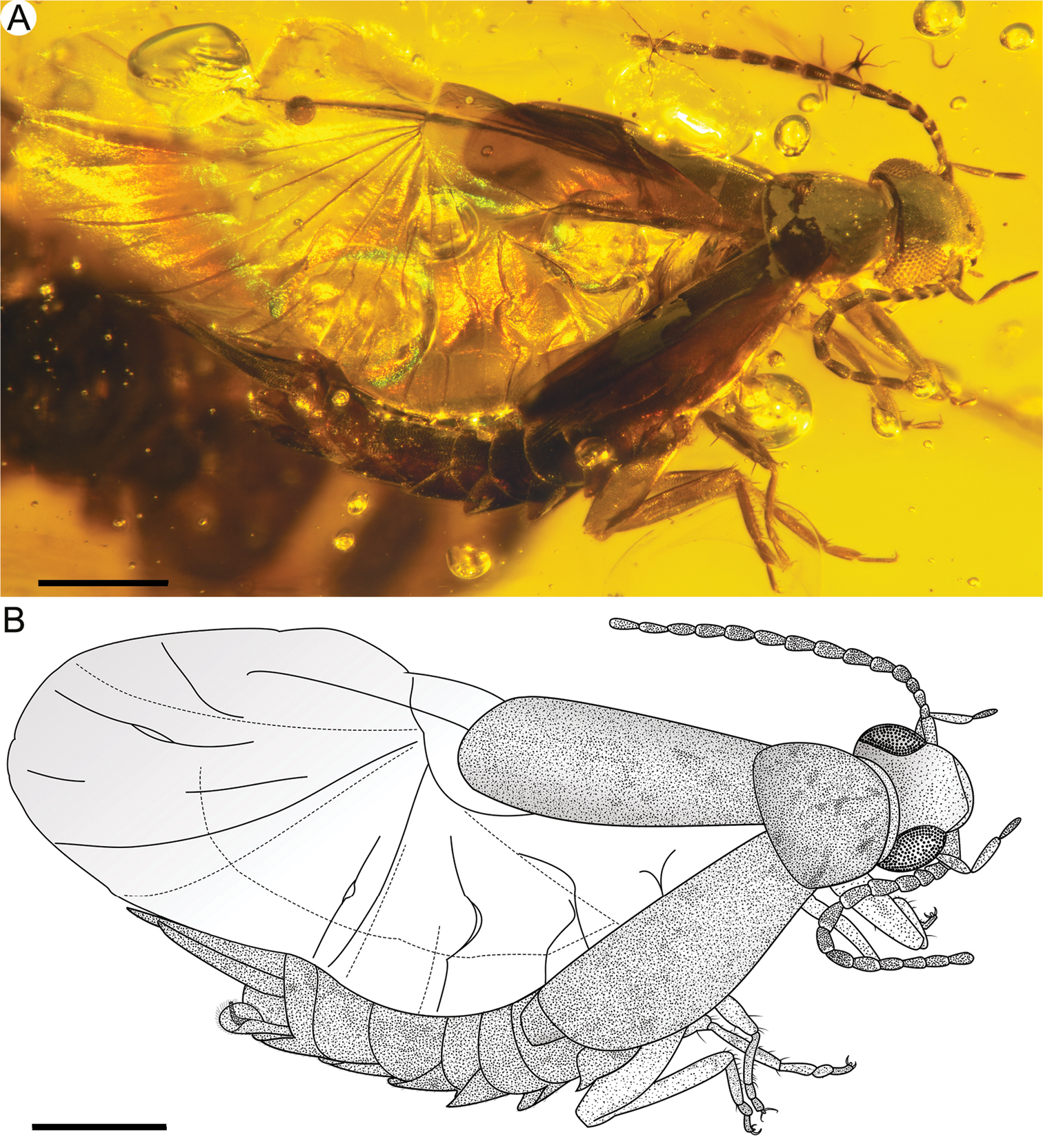 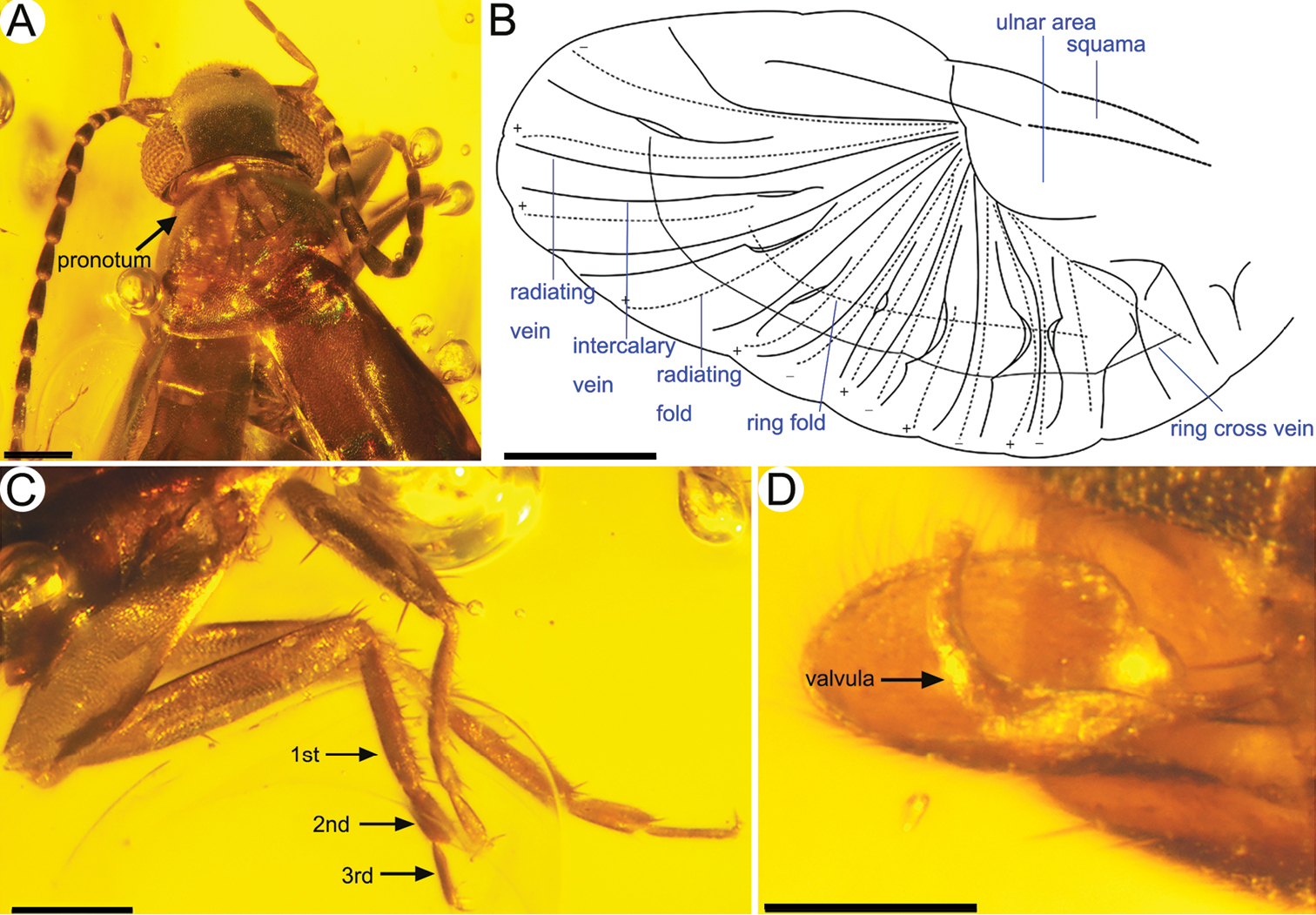 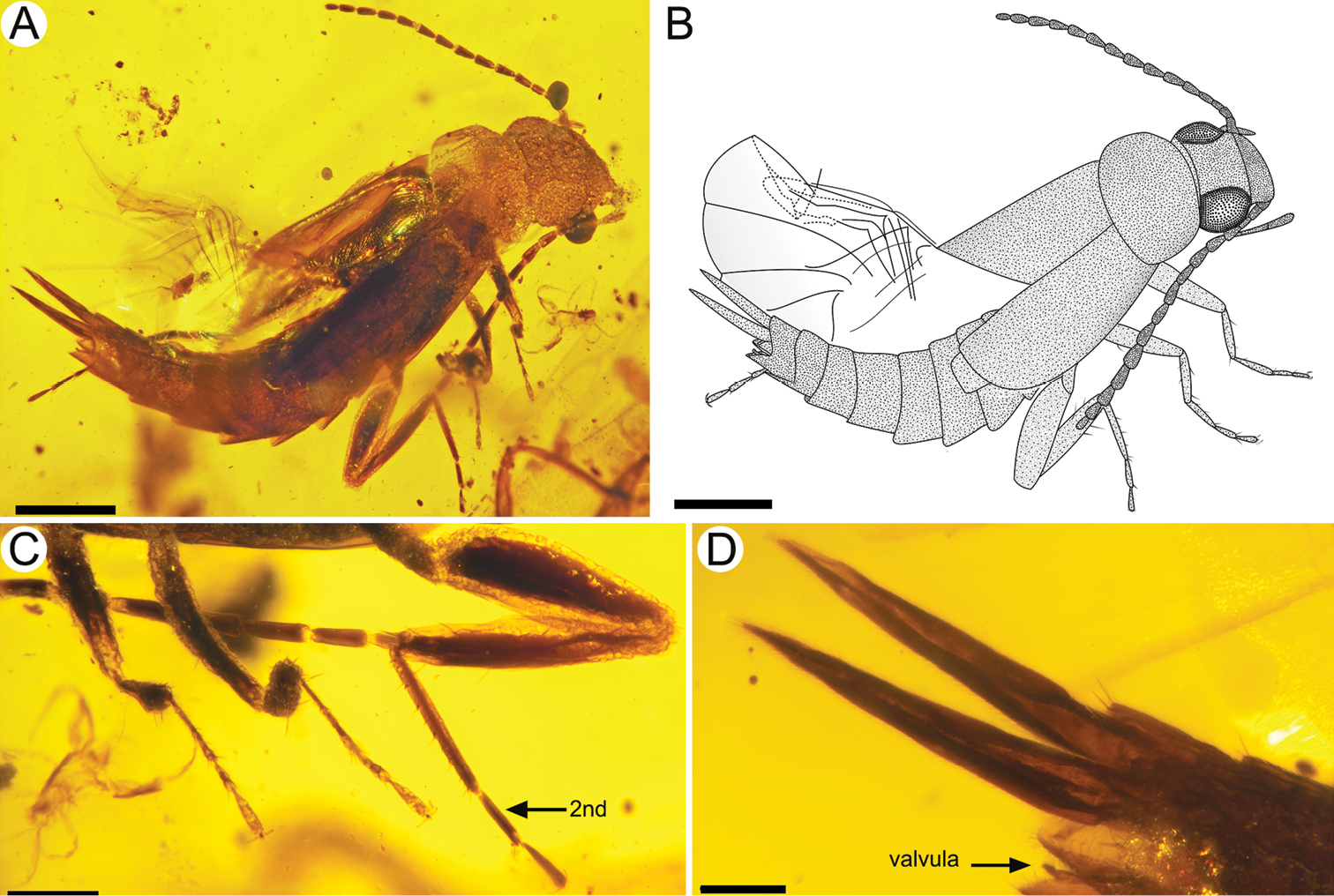 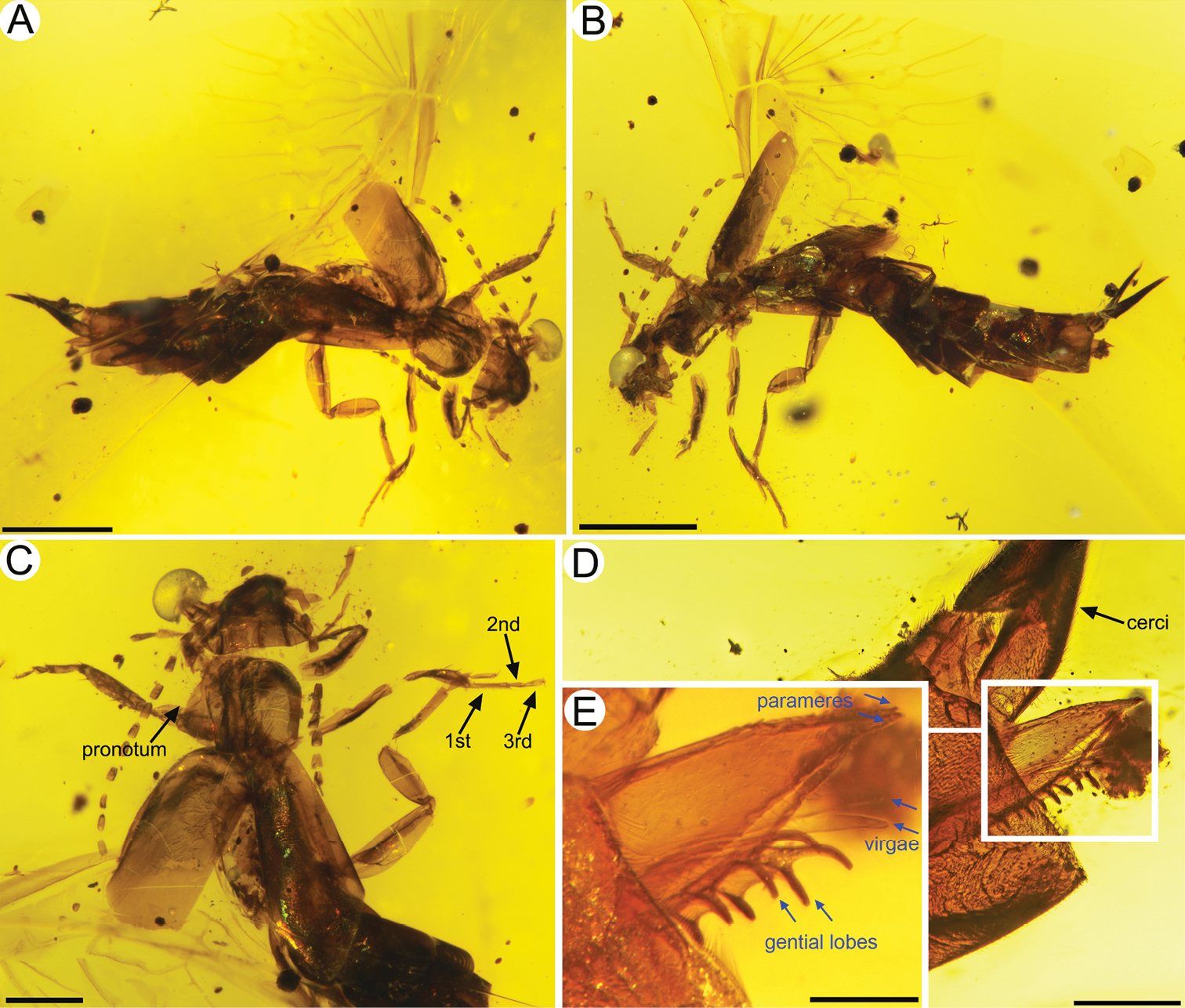