Recognition. Gibson (2003) provided keys to the tribes of Cleonyminae  and the five world genera of Cleonymini— Callocleonymus Masi  , Cleonymus Latreille  , Dasycleonymus Gibson  , Notanisus  and Zolotarewskya Risbec. He  stated that the petiole is at least subquadrate in Notanisus  , but this description is inexact for N. sexramosus  and N. clavatus Bouček  , in which the body of the petiole is distinct and quadrangular but transverse ( Figs 8View FIGURES 1 – 8, 14View FIGURES 9 – 15) ( Bouček 1961, fig. 1). The key of Bouček and Rasplus (1991) readily differentiates Notanisus  from the two other genera of Cleonymini in the Palaearctic region, Callocleonymus  and Cleonymus  , though not all species of the genera in other regions. The presence of N. kansensis  in North America also makes correct keying of Notanisus  difficult using Bouček and Heydon (1997). Females will not key correctly through couplet 55 because of their very short postmarginal vein ( Figs 35, 36View FIGURES 29 – 36) and the absence of complete notauli ( Fig. 33View FIGURES 29 – 36). Macropterous females of N. sexramosus  have the postmarginal vein about 1.1× the length of the stigmal vein ( Fig. 7View FIGURES 1 – 8), but because of the absence of complete notauli will also key through the second half of couplet 55 to couplet 154. They will then key to couplet 170 where they will not key further because of the mixture of features listed in each half of the couplet. However, females of Notanisus  are distinguished easily from other keyed genera by the apical funicular being produced into at least a short projection below the base of the clava in combination with the clava either being tapered apically into a curved, somewhat finger-like projection ( Figs 6View FIGURES 1 – 8, 19View FIGURES 16 – 20, 27View FIGURES 27 and 28, 43View FIGURES 37 – 45) or with a terminal, setose, spiniform projection ( Figs 31View FIGURES 29 – 36, 59View FIGURES 53 – 61, 68View FIGURES 62 – 70, 83View FIGURES 77 – 85). If specimens are taken through the first half of couplet 55 to couplet 62, only one feature given, pronotum longer than mesoscutum, differentiates both sexes of Notanisus  from Cleonymus  . A second feature, bare versus setose eyes, differentiates only females of the two genera in North America (but not all world species), whereas the female feature given is valid only for brachypterous females of N. sexramosus  . Males of N. sexramosus  are distinguished by their ramose flagellum, the basal six funiculars being anelliform but each with an extremely long ramus ( Fig. 10View FIGURES 9 – 15). Males of N. kansensis  likely also have a ramose flagellum (but see further below). 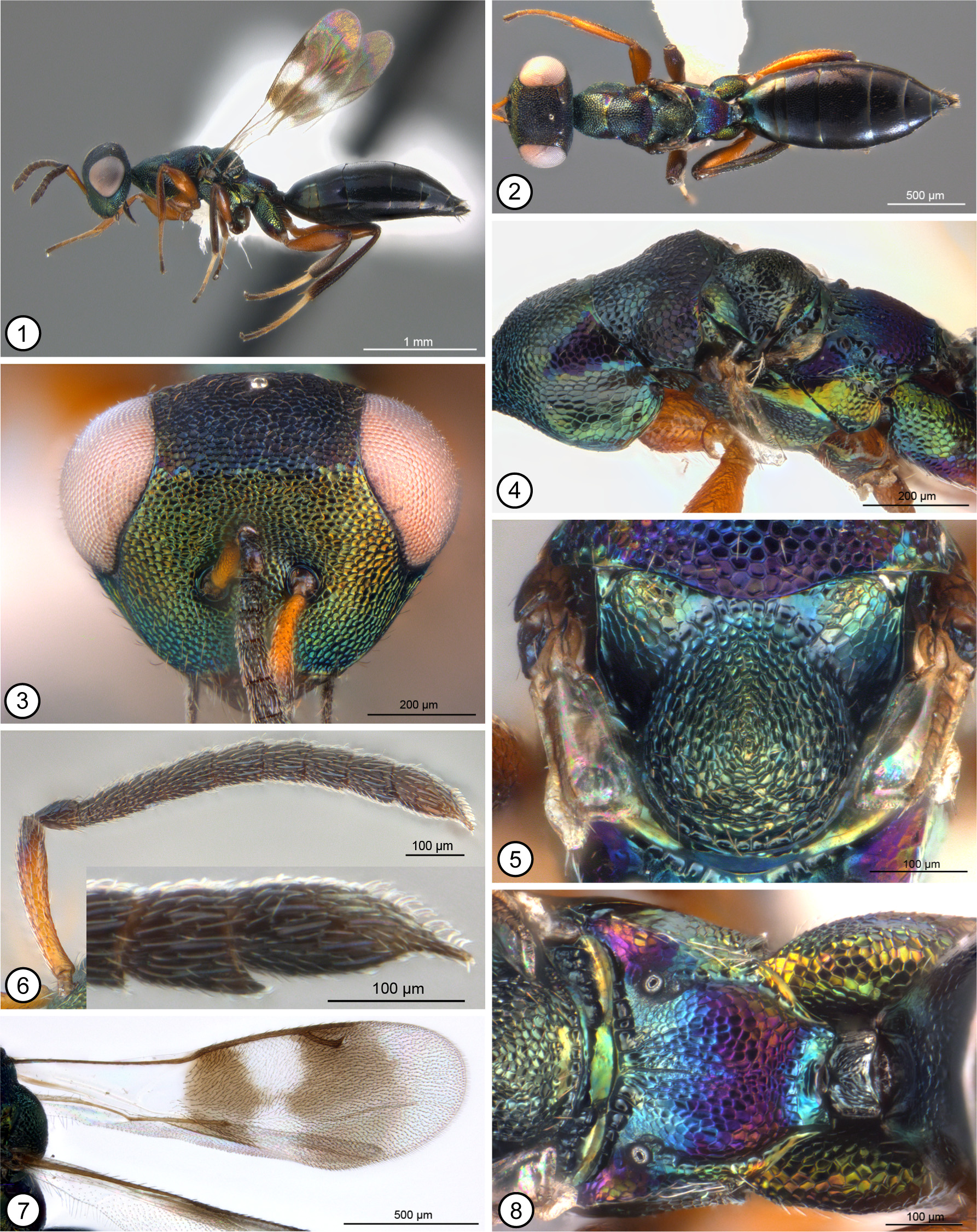 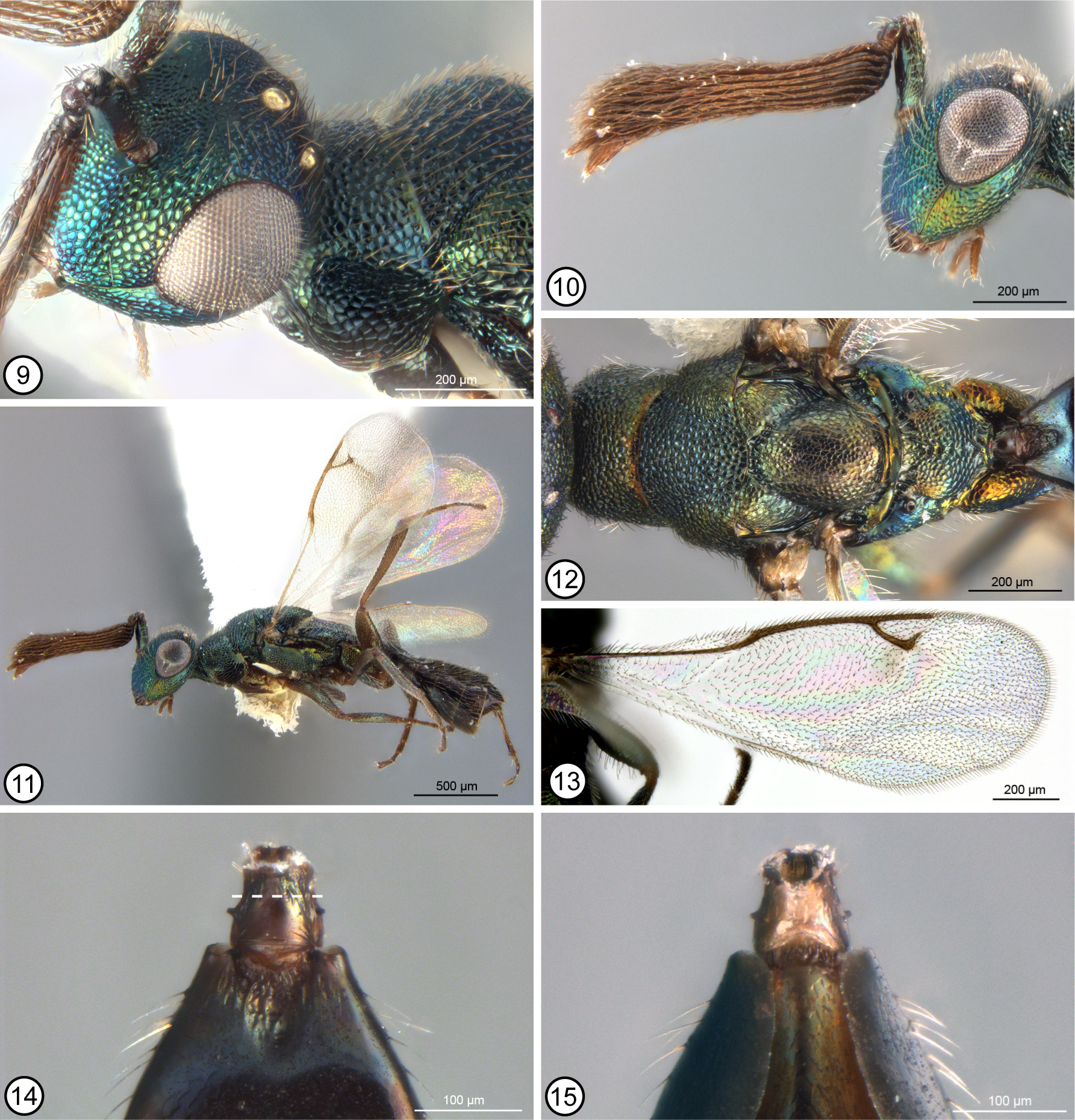 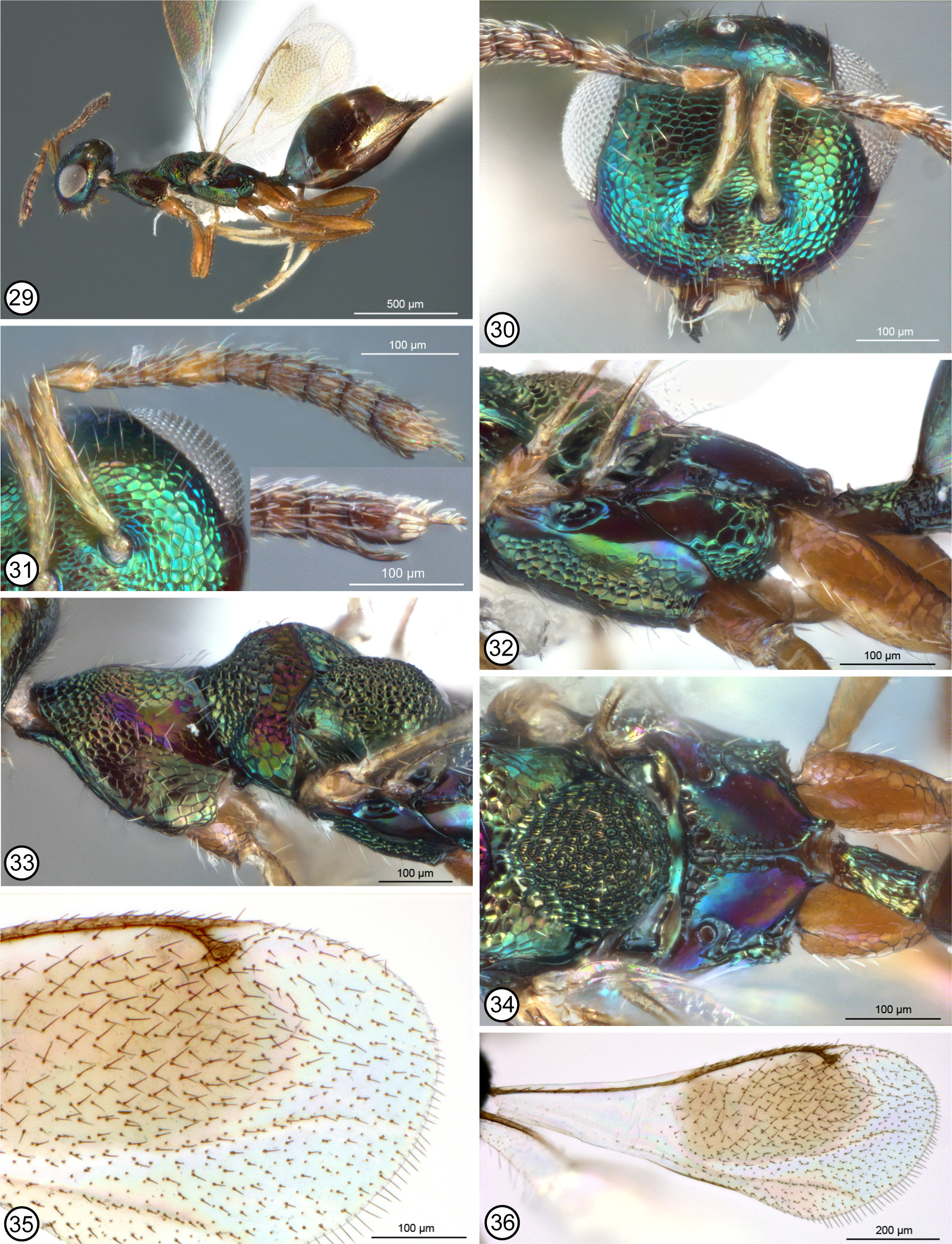 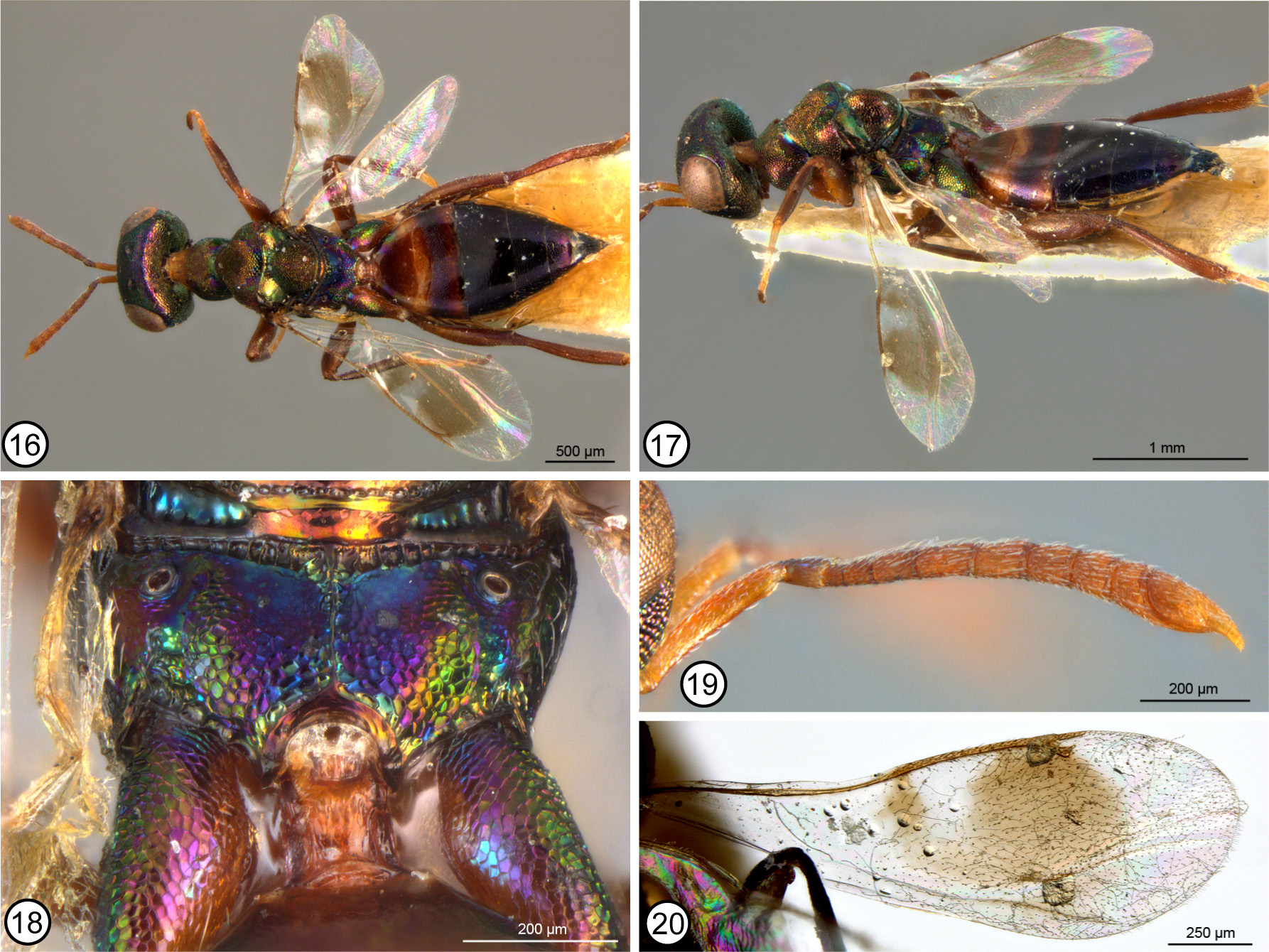