Antennae: Scape short and robust, weakly widening towards tip, of about twice its width at apex; first and second funicular segments of same length, 1.2 longer than wide; third to seventh globular, club fusiform.

Derivation of name: The new species is named after Dr. h. c. Werner Marggi, scientific collaborator at the NMBE, esteemed colleague and renowned carabidologist. We collected together on numerous excursions, and worked together in the field on Carabidae  , I could always count on Werner's exceptionally rich and broad knowledge and experience in entomology.

Ecology: The new species was collected together with similar black and shiny Carabidae  under stones on Alpine meadows above 2300 m a.s.l. Figures 3 A – B. Habitus of Otiorhynchus marggii sp. nov. A, male; B, female.

Figures 3 A – B. Habitus of Otiorhynchus marggii sp. nov. A, male; B, female. 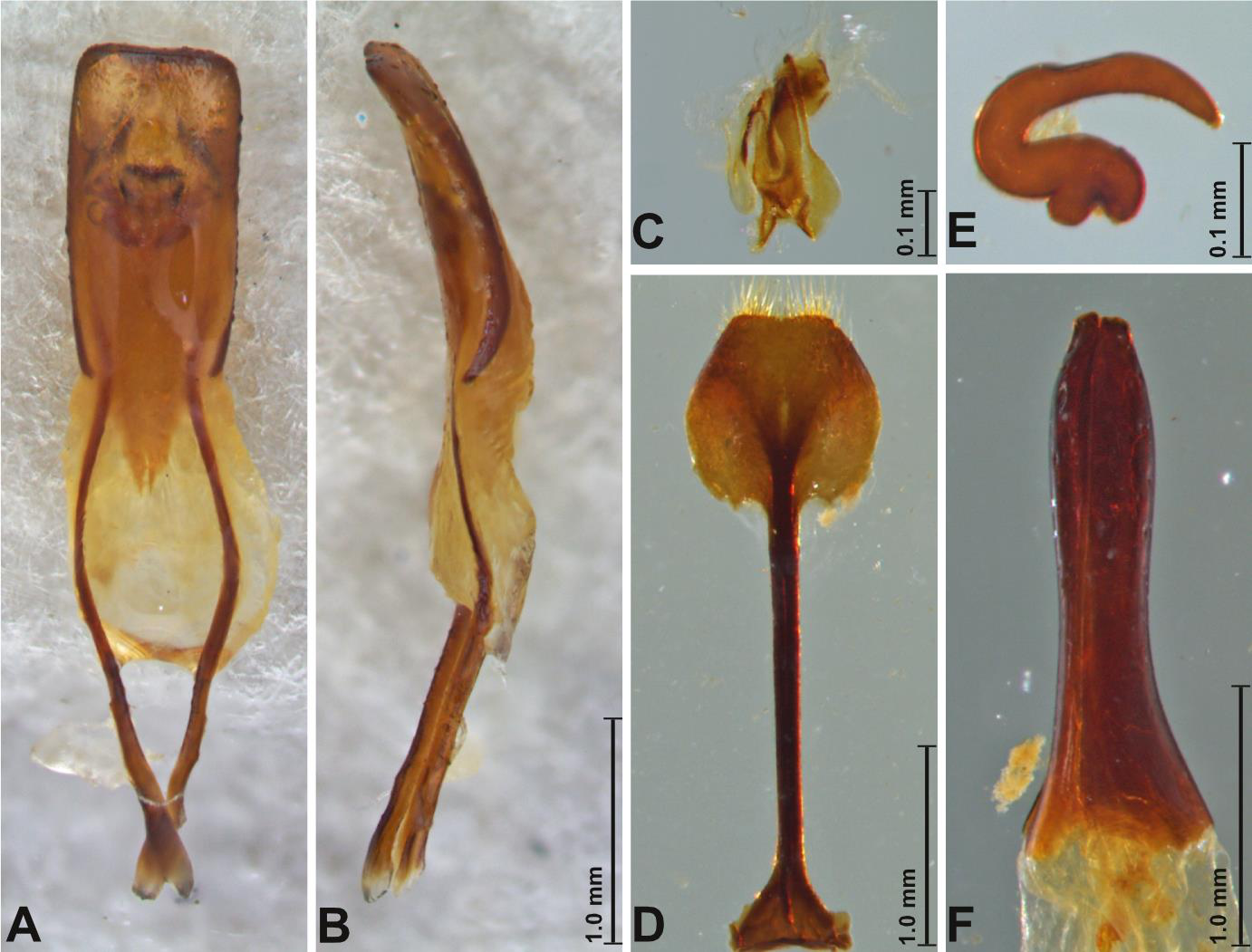