Diagnosis. Genital field with one small platelet with 2–3 acetabula, located anteriorly to posterior two plates. The latter consisting of one plate with 7–9 acetabula and one with 20 acetabula. P4 with small setal tubercles.

Etymology. Named for its occurrence in rice fields.

Remarks. The left and right large acetabular plates of the holotype differ, one being more fragmented. However, in the paratype both genital plates are similar, and are like the left genital plate of the holotype. The new species is similar to P. dadayi (Piersig, 1900)  , but differs in a less slender palp, and sloping posterior genital plates that extend well beyond the gonopore. Piona platyura Jin & Guo, 1992  has somewhat similarly shaped genital plates, but the small anterior platelet is fused to the posterior platelet, and P4 has a large ventral extension which is absent in the new species. 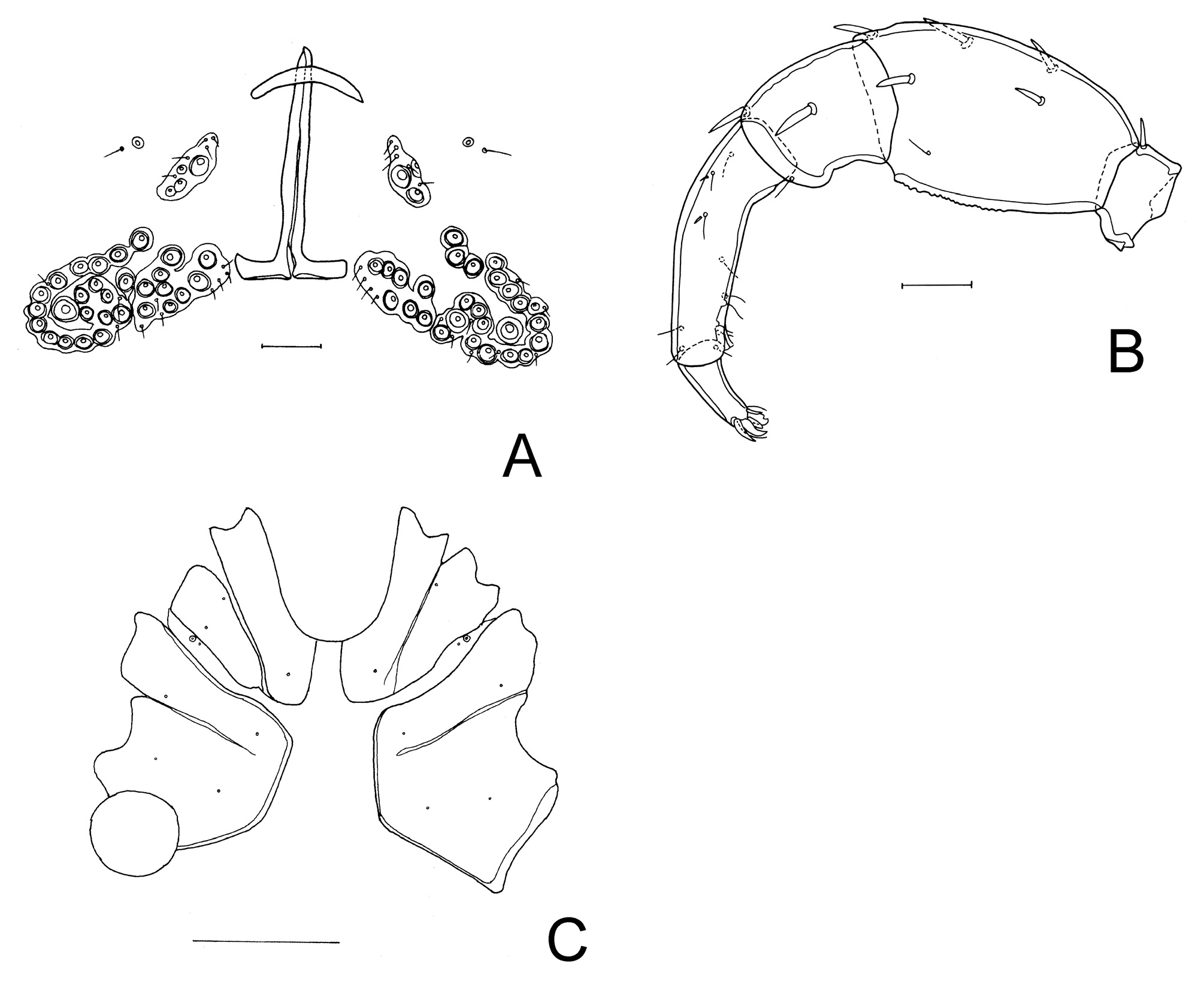