Diagnosis. Second coxae laterally with two hook-like extensions, third coxae with one hook-like extension. Genital field with two pairs of plates, with two and three pairs of acetabula, respectively. Anterior plates with a stout seta each. P5 with two claws, P4 with a serrated hyaline margin. I-leg-5 distally with a large, pectinate seta. Setae of legs without grooved setae.

Etymology. Named for the large distal seta of I-leg-5.

Remarks. The new species is similar to U. crenipalpis Lundblad, 1969  , but differs (in brackets U. crenipalpis  ) in the presence of five pairs of acetabula (six pairs), the presence of one seta only on the anterior genital plate (two), a much larger serration of P4 (very small serration) and a large and complex distal, pectinate seta of I-leg-5 (a simple seta). 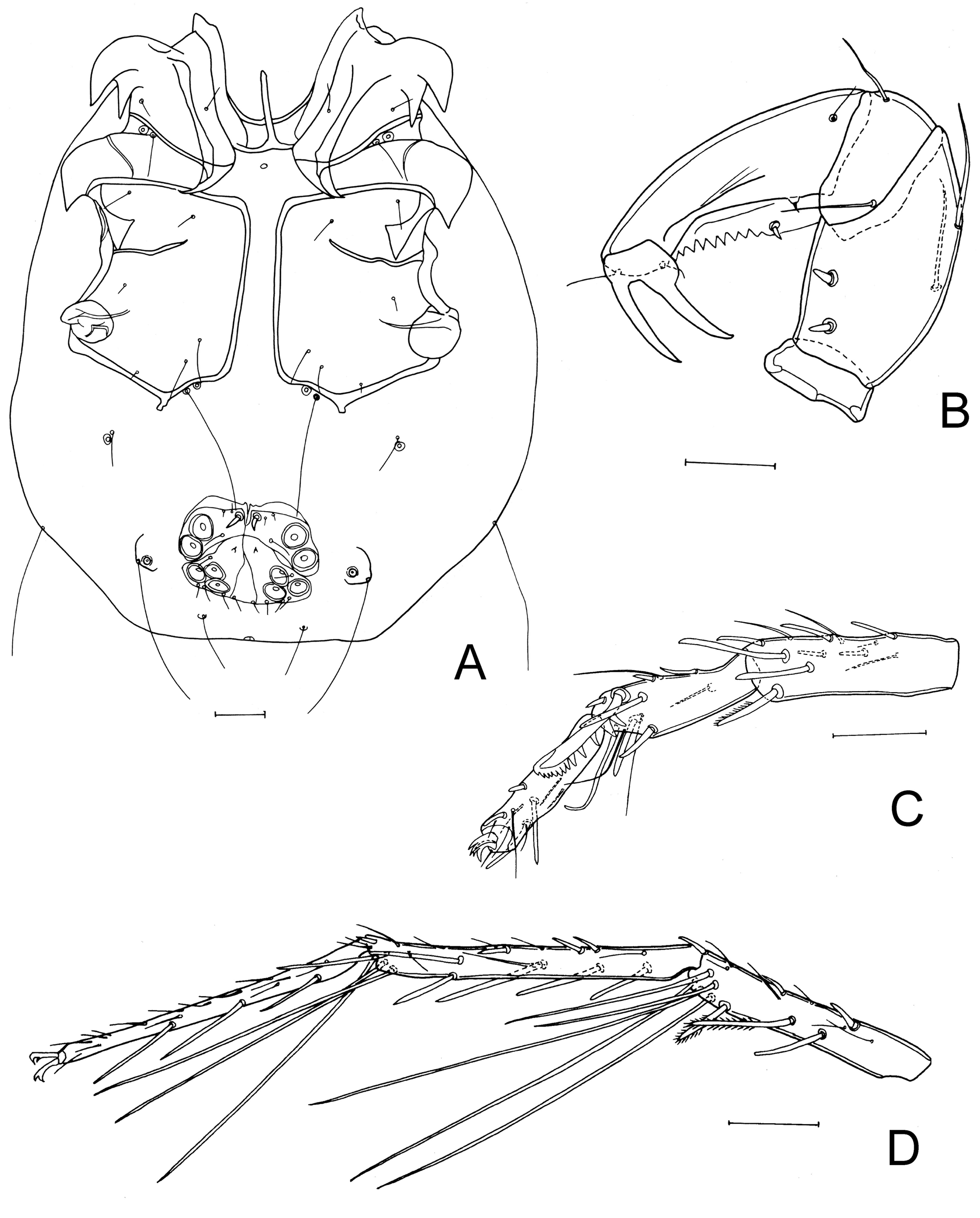