Remarks. There are several species of Arrenurus  with extended anterior coxae and a rounded complete dorsal plate including A. celyonicus Daday, 1898  and A. egathus Cook, 1966  . The new species is most similar to A. cornutus Walter, 1929  recorded from Java. This species lacks the rudimentary petiole, and the posterior margin of the cauda is more concave in A. cornutus  . Lundblad (1969), who assigned his specimens from Burma to A. cornutus  , noted the absence of a rudimentary petiole but overlooked the differences in the shape of the fourth coxae. 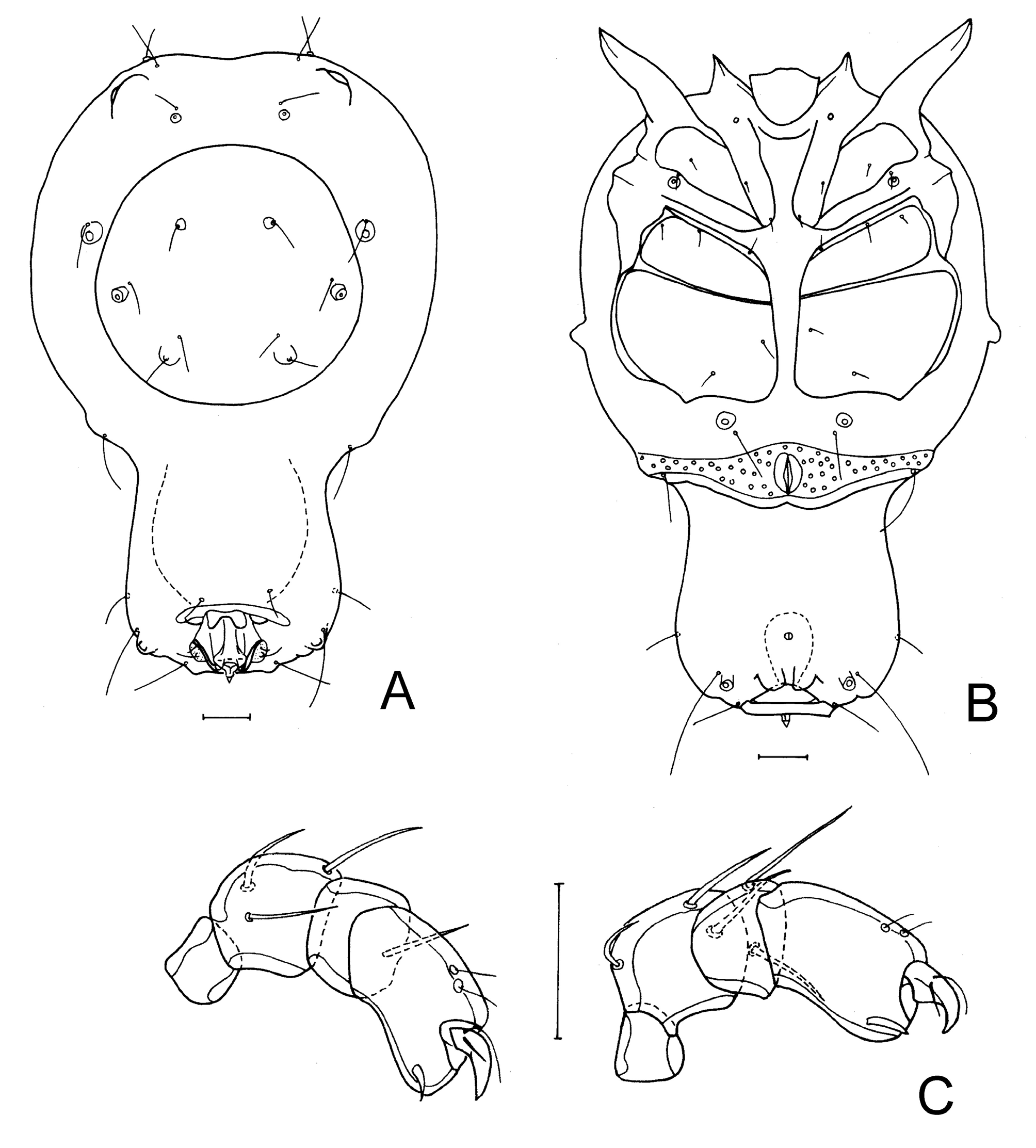