Remarks. In darker individuals the dark ventral marking on the fused anepisternum + katepisternum is more pronounced forming a narrow blackish brown stripe along the lower part of the sclerites and sometimes the triangular dark patch under the root of the wing is enlarged to cover much of the posterior part of the pleura. Hemerodromia flaviventris  was described from Guangxi, China ( Yang & Yang 1991). In Thailand it has been noted from predominantly evergreen and Pinus  forest biotopes at 1,141–1,650 m at localities in Nan and Chiang Mai provinces, northern Thailand ( Fig. 85View FIGURES 82 – 90). It appears to favour small to medium-sized streams often in dense shade and adult emergence is apparently confined to November and December during the cool dry season. 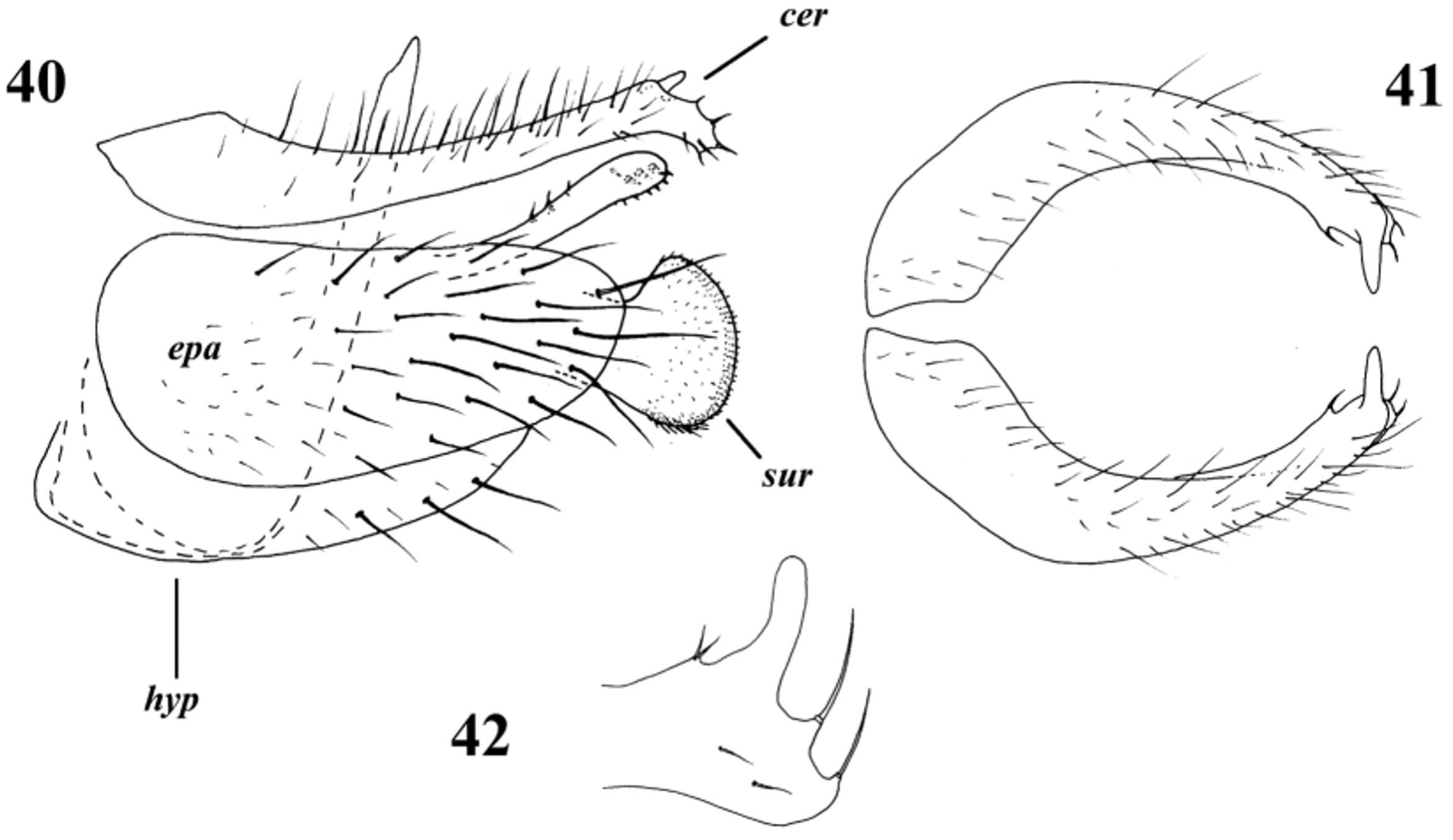