Etymology. The specific epithet refers to the mountain Doi Phahompok in northern Thailand which is the only known locality for this species.

Remarks. Hemerodromia phahompokensis  sp. nov. is similar to many other Oriental Hemerodromia  having a black thorax, pale legs and fork M 1 + 2 present. The species might readily be confused with H. fusca Yang & Yang, 1986  or H. yunnanensis Yang & Yang, 1988  from which it differs by the shape of the cercus and of the two processes of the surstylus projecting beyond the tip of the epandrium (see discussion under H. yunnanensis  ). The species is known from hill evergreen forest on the mountain Doi Phahompok in Chiang Mai Province, northern Thailand ( Fig. 93View FIGURES 91 – 98), during October and November (during the cool dry season) 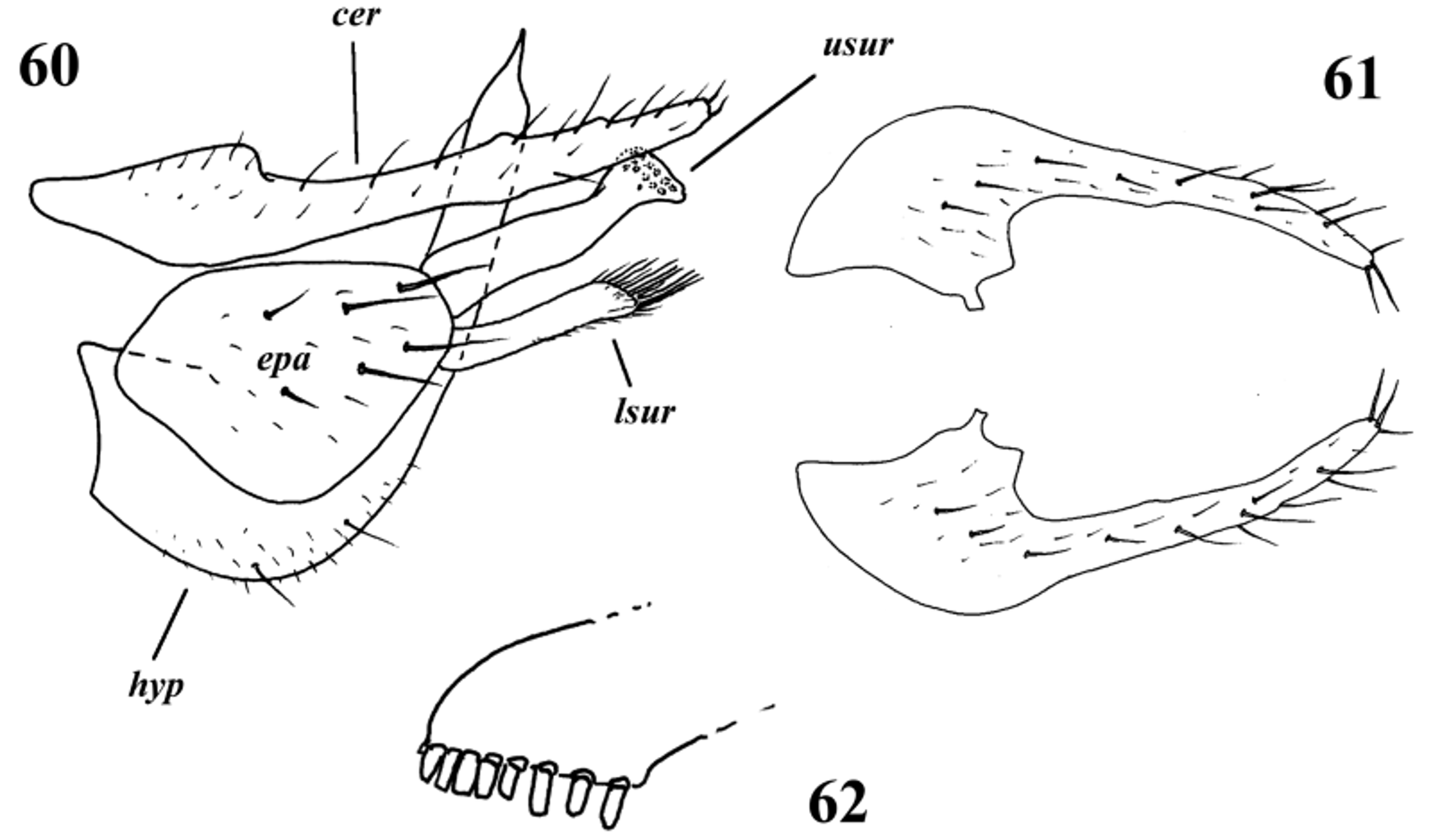