The lectotype of P. scabiei (Hopkins)  was reared from potato tubers in West Virginia, USA  , paralectotypes were reared from ordinary potting soil, stable manure, in a mushroom bed in a greenhouse and from seed tubers (Pennsylvania, USA)  . The species is known in Europe as a pest in glasshouse cucumbers (Germany), and has been reared from rotting narcissus and other bulbs. It has also been recorded damaging potatoes, paeony roots, tomato and cucumber seedlings (United Kingdom) and has also been found in open landscapes (mole holes and ant nests).

Diagnostic remarks. In both sexes the eye bridge is reduced to a sclerotized stripe (without ommatidia), ocelli are present, the antennae are long and the 4th flagellomere has a l/w index of about 3.0, the neck 1/3 of the length of the basal node, a one-segmented “spotlight-like” palpus, apically truncate, with sensillae and a large terminal sensory pit, postpronotum with a few hairs, fore tibia with indistinct bristles, spurs on p2 and p3 short, in males wings are shortened differently, the venation is aberrant; females are apterous (wings and halteres absent), scutellum reduced, pleural sclerites more or less regular, hypopygium on ventral base without lobe or bristles, gonostylus apically rounded, with a very short subapical tooth and a fine hyaline spine, tegmen large.

Economic importance: Recorded as a pest of potted glasshouse cucumber plants in the UK (Speyer 1922; Hussey et al. 1969) and in Germany (Mohrig pers. obs.). Sometimes called the “potato scab gnat”, and has been reported attacking hothouse cucumbers near Leningrad, potato fields and stores in the Ukraine and noted as a vector of root and tuber rot in vegetable storage cellars ( Gerbatchevskaya 1963). 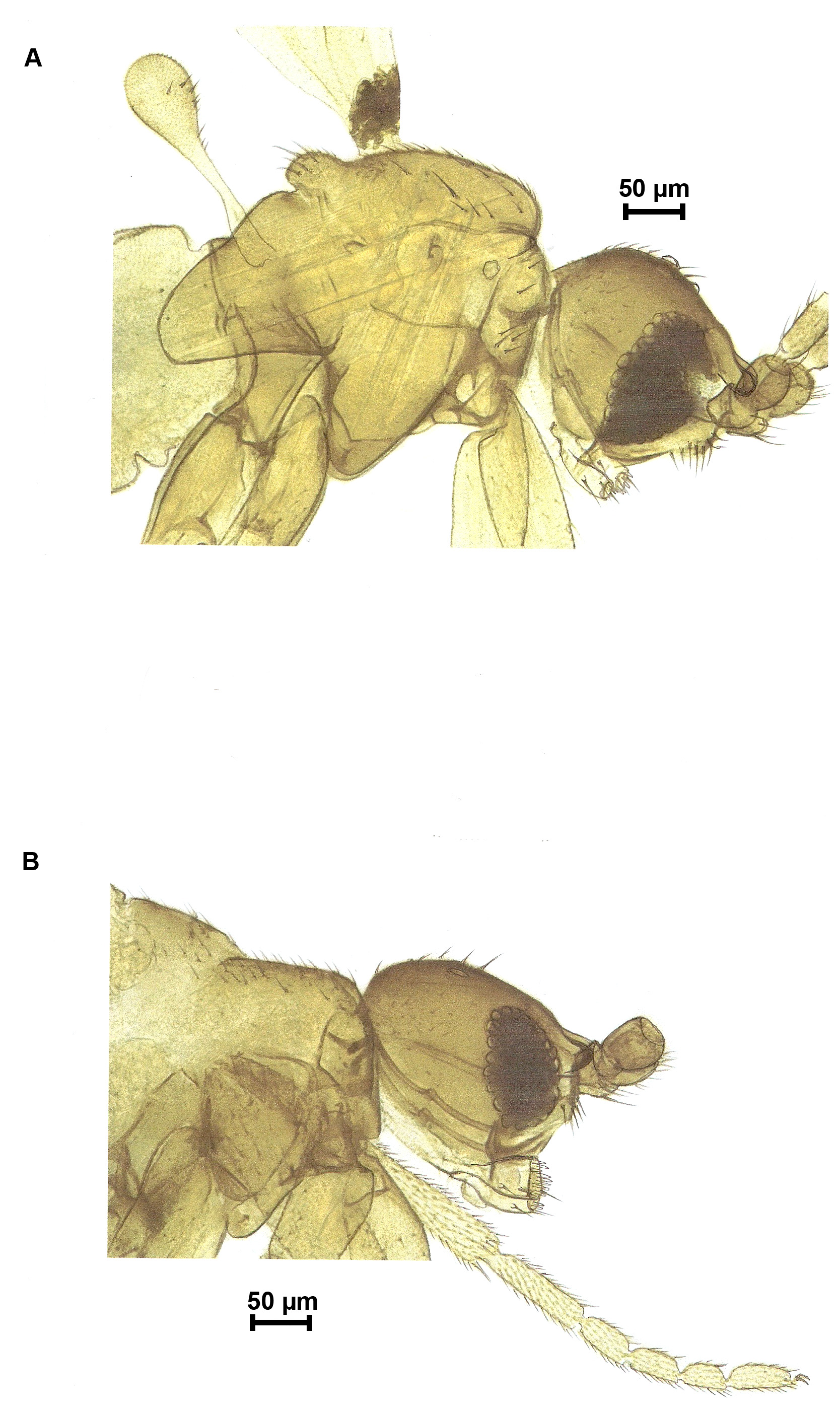