Diagnosis. Belongs to the S. schoorli  group. The combination of a brown scaling of forewing’s base, very short lateral lobes of vinculum, and two almost equally large horn-like cornuti (rate: 1:1.2; the longer cornutus twice exceeds the width of phallus) distinguishes S. epicosma  from the most resembling members of the group ( S. alticosma  and S. paracosma  sp. nov.). From similar S. schoorli  and S. hamata  , S. epicosma  may be easily distinguished by the the shiny median fascia of forewing and rounded inner lobe of valva.

Distribution ( Fig. 9View FIGURES 9 – 11) This species occurs in Peru (Lima) at altitudes about 150 m; recently it was also recorded from two coastal valleys in the desert of northern Chile, Arica Province ( Vargas 2011).

Remarks. In the S. epicosma  material, Puplesis & Robinson (2000) also 1 ♀ paralectotype (from Lima, genitalia slide no. 28850, BMNH) and 7 ♂ and 2 ♀ non-type series specimens (from Arequipa and Oyón , both Peru) were listed. The authors reported that all specimens in a series from 2920 m in Arequipa have a distinct glossy silver basal fascia, one male specimen collected at 4000 m in Oyón has the basal area of the forewing glossy gold, a fuscous-gold shiny collar and greyish white palpi; additionally, the left cornutus in the phallus of this specimen from Oyón is half the length of that in the lectotype from Lima  . It was expected that the observed differences in wing coloration and observed differences of genital structures may represent a geographical variation in the mountainous, dissected terrain where the specimens were collected. However, our recent re-examination of these similar specimens has not confirmed the attribution of all listed specimens to S. epicosma  and we have reassigned them to different species: from Arequipa (including genitalia slide nos Diškus186, Diškus187 ZMUC, illustrated in Puplesis & Robinson: figs 102, 103) are attributed to S. paracosma Remeikis & Stonis  , sp. nov.; from Oyón (genitalia slide no. Diškus 188 ZMUC, illustrated in Stonis et al. 2016d: figs 174–179) are attributed to S. alticosma Remeikis & Stonis  ; the paralectotype ♀ specimen (genitalia slide no. 28850 BMNH, illustrated in Puplesis & Robinson: fig. 211) is identified as an undescribed species, probably of Enteucha Meyrick. 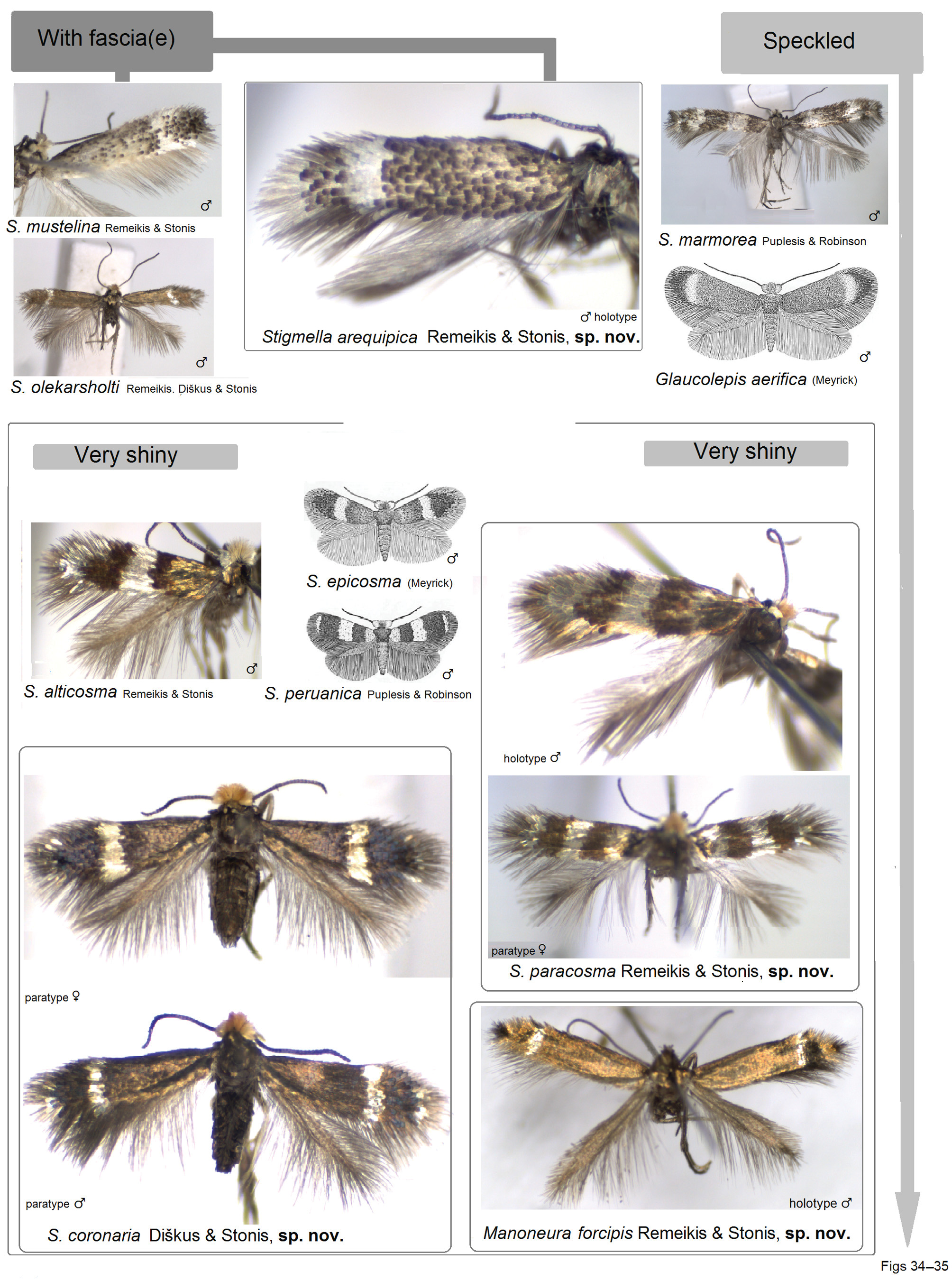