Etymology. The specific epithet ‘ burmiticus  ’ refers to the occurrence of the fossil in Burmite.

Discussion. Many features of R. burmiticus  sp. n. correspond clearly to those of R. libanicus  , particularly with regard to the plesiomorphic characters of the wings mentioned above. The new species, however, has only one vein developed on the fore wings ( Fig. 9View FIGURES 9–13). Furthermore, it has only one ventral spine on the apex of the hind tibiae, whereas R. libanicus  has three (cf. Nel et al. 2010, p. 155, fig. 3). Establishing a new genus based on these differences was rejected. Further findings that allow comparing the head structures of both species may lead to another classification.

Assuming the loss of the wing veins as an apomorphy in the evolution of Tubulifera (Mound et al. 2010), R. burmiticus  from the late Cretaceous might be interpreted as more modern than its Mid-Cretaceous sister species (cf. figs 9 and 13). Its phylogenetic position as a direct ancestor of recent Phlaeothripidae  or as an evolutionary dead end remains undetermined. 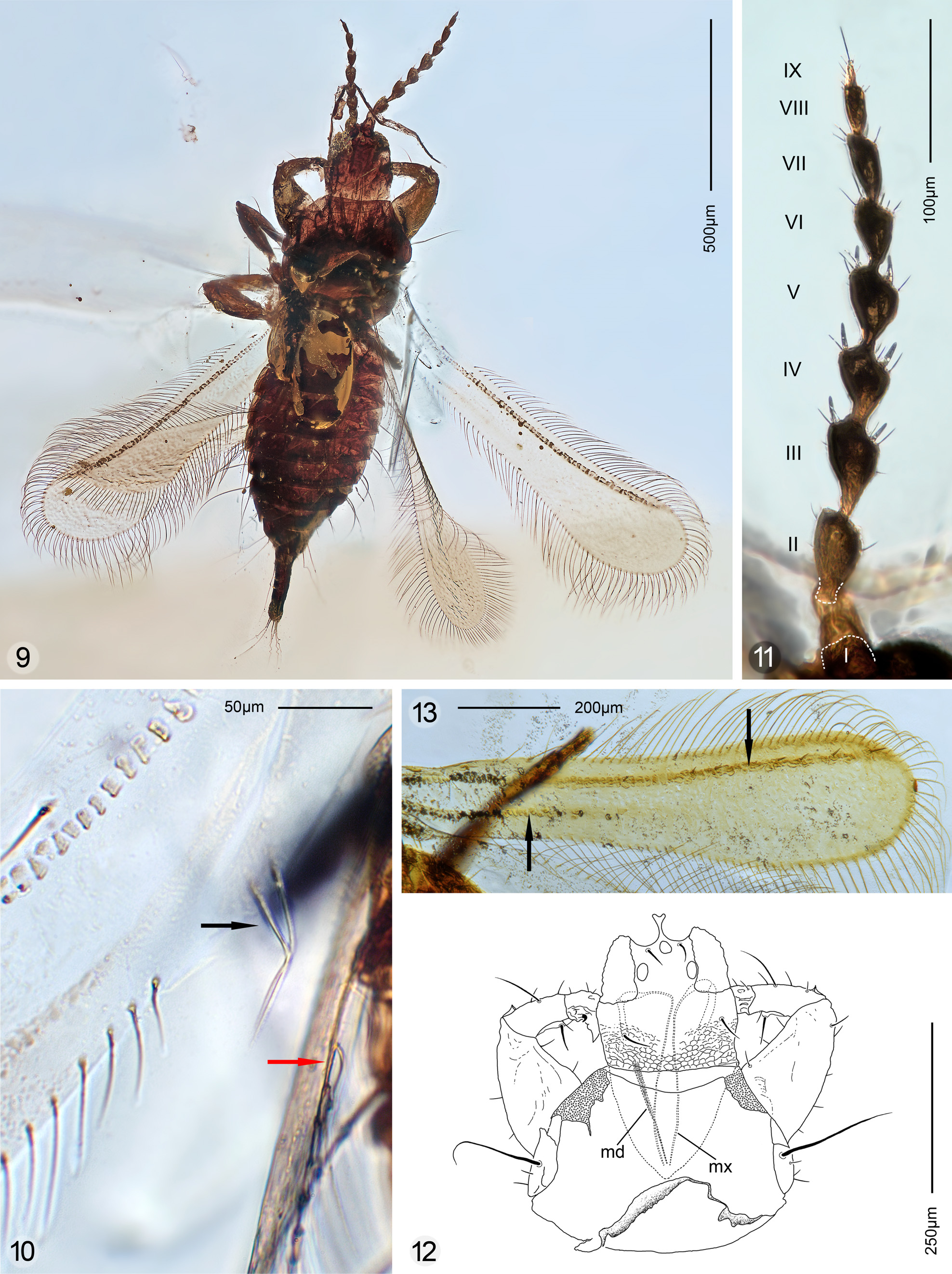