DIAGNOSIS: As stated for the genus.

ETYMOLOGY: The generic epithet refers to the locality—Puyehue National Park, in southern Chile —where the holotype was collected. Puyehue is the name of one of the big lakes in Osorno Province. The park was created in 1941 just east of the lake. In the Mapudungum, or Mapuche language, hue means “place,” while puye is the common name of the galaxiine fish, Galaxias maculatus (Jenyns, 1842) . The specific epithet honors Peter Chandler, who has a long and substantial contribution to dipterology in general and on platypezids and opetiids in particular, including his excellent review of the European Opetiidae and Platypezidae ( Chandler, 2001) .

DISTRIBUTION: This species is so far known only from the type locality, lowlands of Puyehue National Park. The vegetation is part of the Subantarctic Valdivian phytogeographic district ( Gajardo, 1994), also known as Valdivian Forest. It is dominated by Nothofagus dombeyi Mirb. Oerst. , also having the characteristic Myrtaceae Luma apiculata (DC.) Burret , the conifer Podocarpus nubigenus Lindl. and other austral floral elements.

BIOLOGY: Not much can be said about the biology of this fly. It was collected with a Malaise trap in the lowlands (440 m) of a temperate rain forest, in a patch of primary forest recovering from previous anthropic influence, but still with large Nothofagus trees and a good amount of rotting wood and woodland detritus (fig. 4). The general structure of the environment where P. chandleri was collected is similar to the reports for O. nigra in Europe (e.g., Roháček and Ševčík, 2011; Tkoč and Roháček, 2014) and for the Japanese species of the genus ( Saigusa, 1963). It is interesting to note that O. nigra adults have been reared from rotten Fagus wood ( Speight et al., 1990; Chandler, 2001) and the larvae are still unknown. The sclerotized, piercing ovipositor of the females in Opetia species and in P. chandleri may suggest a parasitoid biology for the larvae, even though some tephritoids have a piercing oviscapt used to oviposit in fruits or stems. If this is correct, it would explain why the larvae have not been found although quite a number of adults have been reared from different localities. 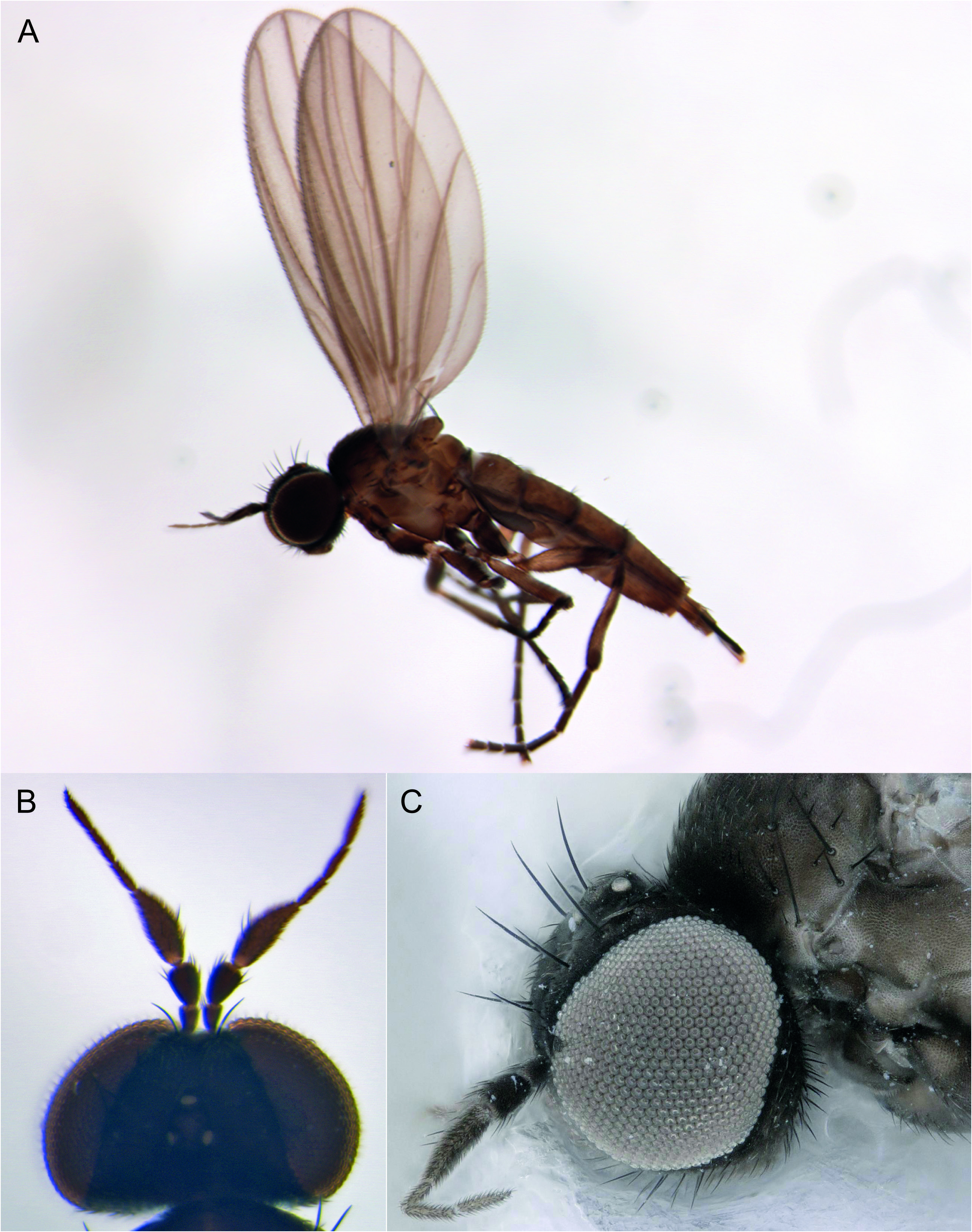 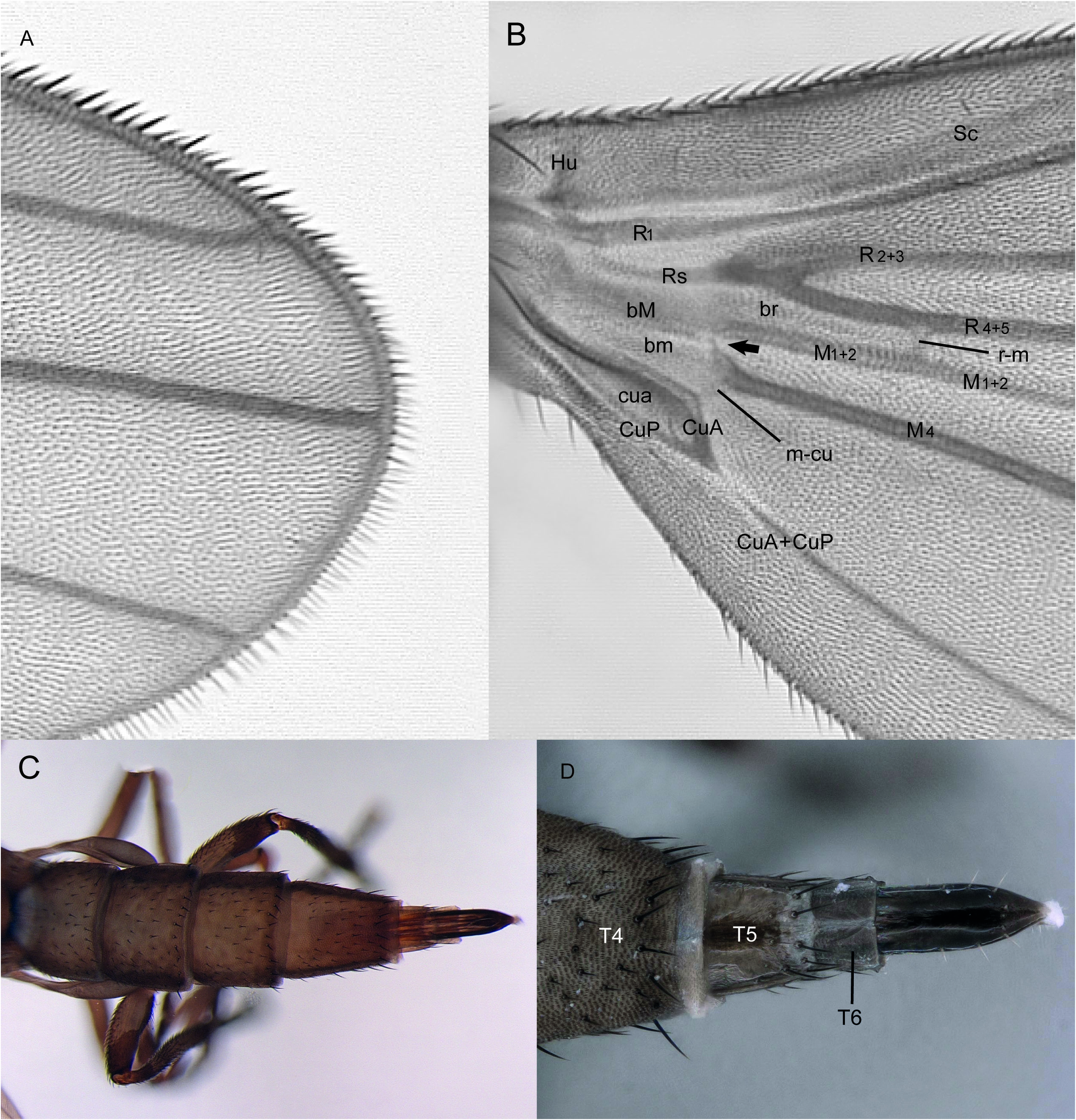