Revised diagnosis. Pronotum with pair of short longitudinal grooves at base near middle and with one lateral pit near each hind corner, area posterior to each lateral pit with small well-demarcated field of very dense small punctures; elytral suture in anterior half distinctly raised and flanked by groove; aedeagus with pair of rounded apical lobes, each forming dorsally curved hook.

Remarks. This species was collected on the Rohtang La Pass, and therefore the name rothangensis  is an apparent mistake of Franz, who repeated this spelling three times in his paper ( Franz 1981 b) and used the name rohtangensis only on all specimen labels. Franz (1981 b) mentioned 11 specimens in the type series. In NHMW indeed 11 specimens are preserved, but one paratype is missing from its mounting card and one specimen, not labeled as paratype, belongs to Neuraphes  . One of the 11 specimens, conspecific with the holotype, is not labeled with the standard yellow PARATYPUS label. However, it bears the same locality label as all other specimens in this series and it seems likely that this is a paratype. 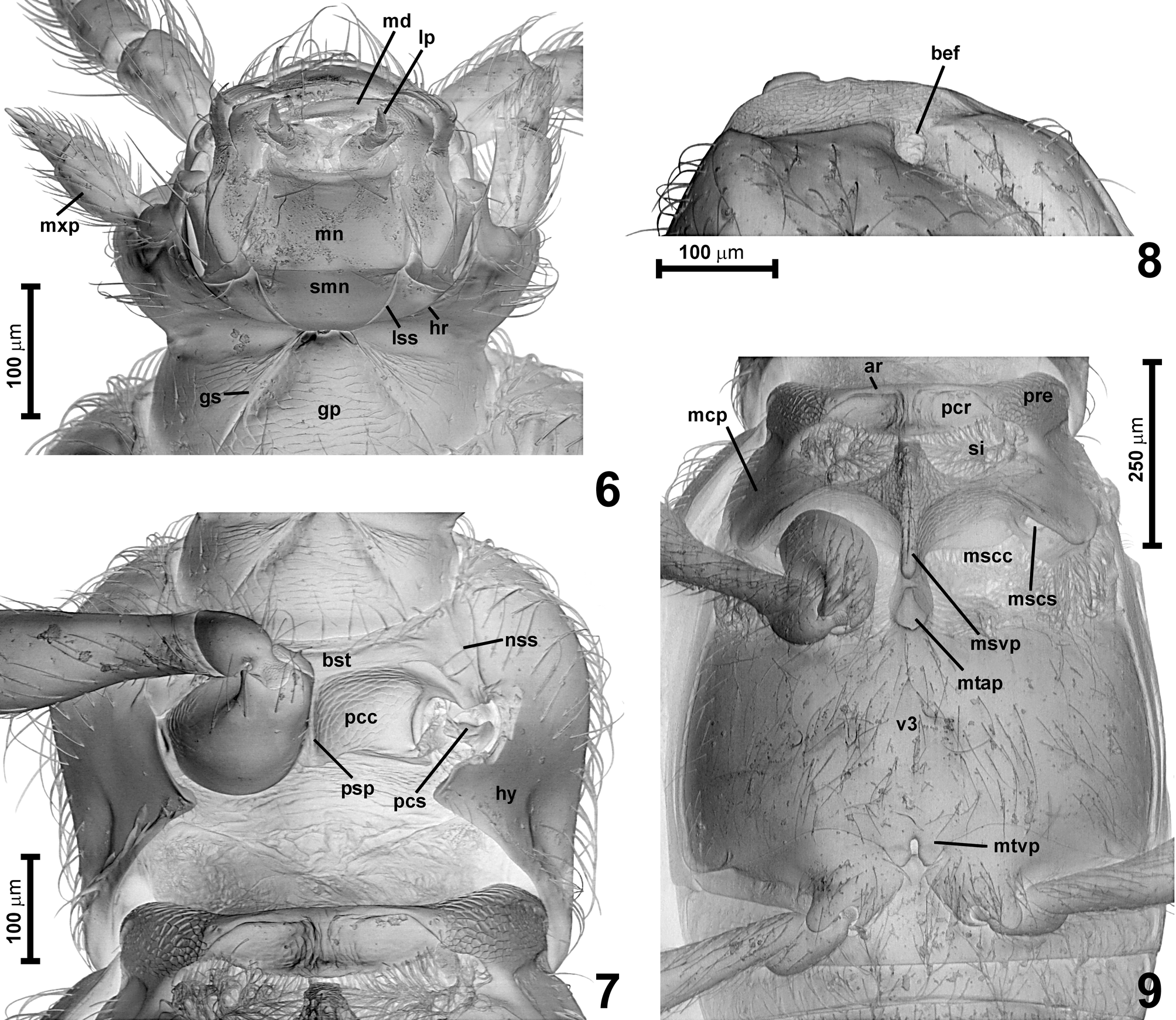