Third maxilliped with merus subtrapezoidal, with submarginal depression, about 1.2 times as broad as long; ischium rectangular, about 1.5 times as long as broad, with shallow, broad median sulcus; exopod slender, reaching to proximal third of merus, flagellum distinct, reaching lateral three-fifths or almost to width of merus ( Figs. 2 View FIGURE 2 B, 3B, D, 5D).

Variation. The male specimens on hand show no substantial variation in the key characters of the species discussed above.

Etymology. The species name, from the Latin cereum for wax-like referring to the white coloration and smooth surfaces of this species.

Color. Generally white to cream all over ( Fig. 1 View FIGURE 1 A).

Ecology. The new species inhabits subterranean streams. During the time of collection, the rainy season had started and the water in the stream was murky and fast flowing, making observation difficult. Crabs were nevertheless observed to intermittently appear near the water edge, waving their chelae and legs as if foraging for food. It is unclear whether this behavior is normal or induced by the presence of the survey team (e.g., vibrations from the team’s footsteps, water disturbance and lights). Crabs were abundant at the locality and were all found in water, indicating it is primarily an aquatic species. The subterranean stream at the type locality was less than 100 meters from the cave entrance where there was still a hint of light. The stream is nevertheless situated below an approximately 30 m flowstone drop off and can only be safely accessed with the aid of Single-Rope Technique (SRT) for caving. The cave entrance is at the bottom of a large sinkhole about 200 meters deep.

The presence of a molariform tooth on the major chela on both males and females is noteworthy. Such a character is present in molluscivorous gecarcinucid freshwater crab species from Sulawesi, Indonesia ( Chia & Ng 2006; Schubart & Ng 2008). It seems likely that the function of the molariform teeth in Diyutamon cereum n. gen., n. sp. is also for crushing the hard shells of freshwater snails. Though snails could not be observed in the subterranean stream due to the murky water, they were found clinging on the flowstone at the drop off. Further research using methods such as gut content analysis would be needed to further confirm this. 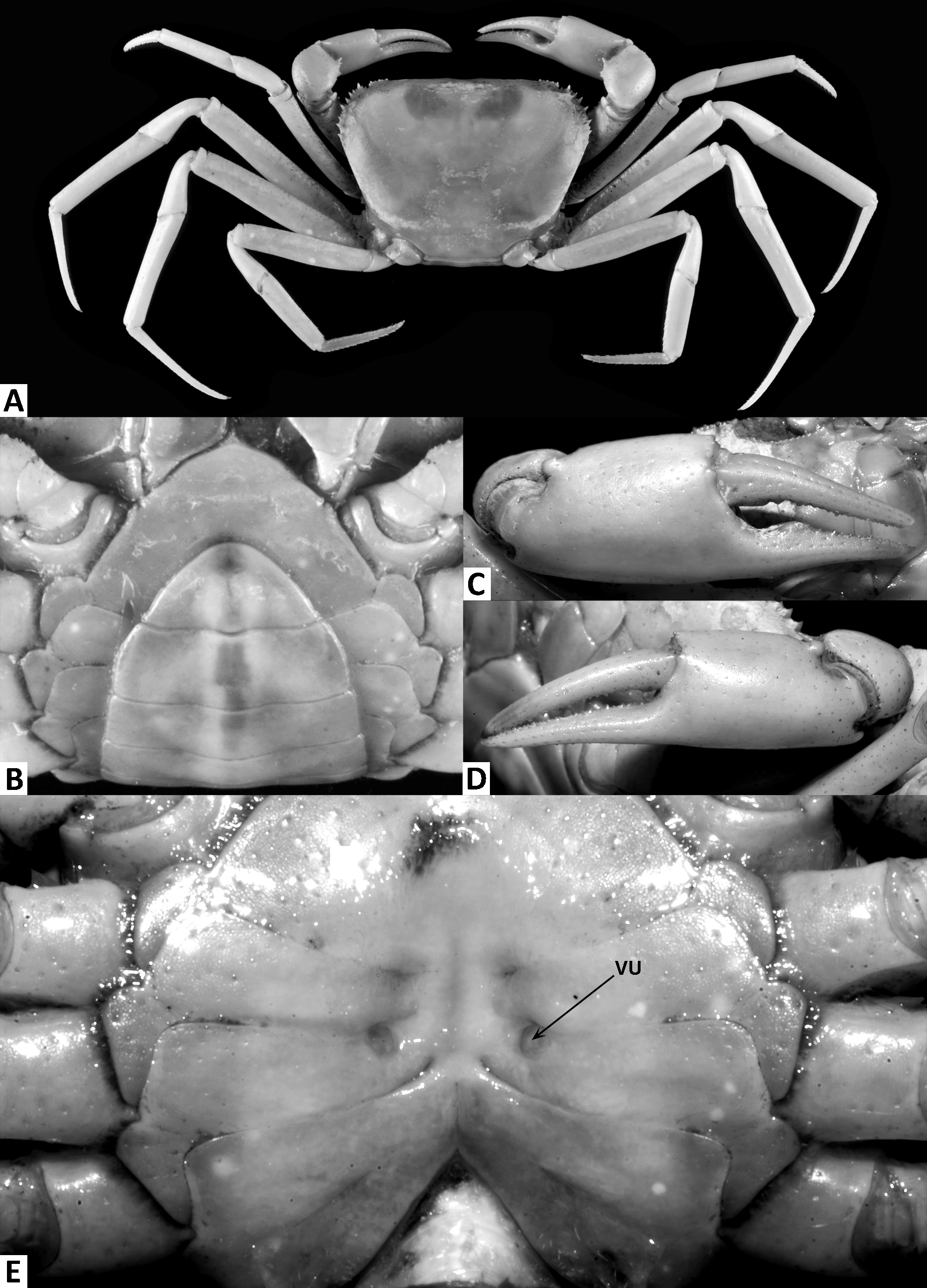