Diagnosis: The species can be differentiated from the other similarily sized species by the large prominent eyes and the densely punctate pronotum. It closely resembles O. triangulatus . But the eyes in O. triangulatus are not prominent, the punctation of the pronotum is less dense and the shape of the body is more slender than in O. multipunctatus .

Head: 0.57 mm long, 0.97 mm wide; eyes large; twice as long as temples; sides of fore-head strongly convergent; anterior edge of clypeus only half as wide as interstice between eyes; anterior edge of clypeus even; setiferous punctation coarse and dense; on average, interstices between punctures less than half as wide as diameter of punctures; short central area on posterior vertex and at base of antennae impunctate; netlike microsculpture dense and distinct; surface slightly shiny.

Antennae longer than head and half of pronotum combined; second antennomere oblong; third conical and as long as second; fourth antennomere slightly longer than wide; following antennomeres increasing in width, but all quadrate.

Etymology: The specific word is a combination of the Latin words multi meaning many and punctatus meaning punctate and refers to the densely punctate pronotum. 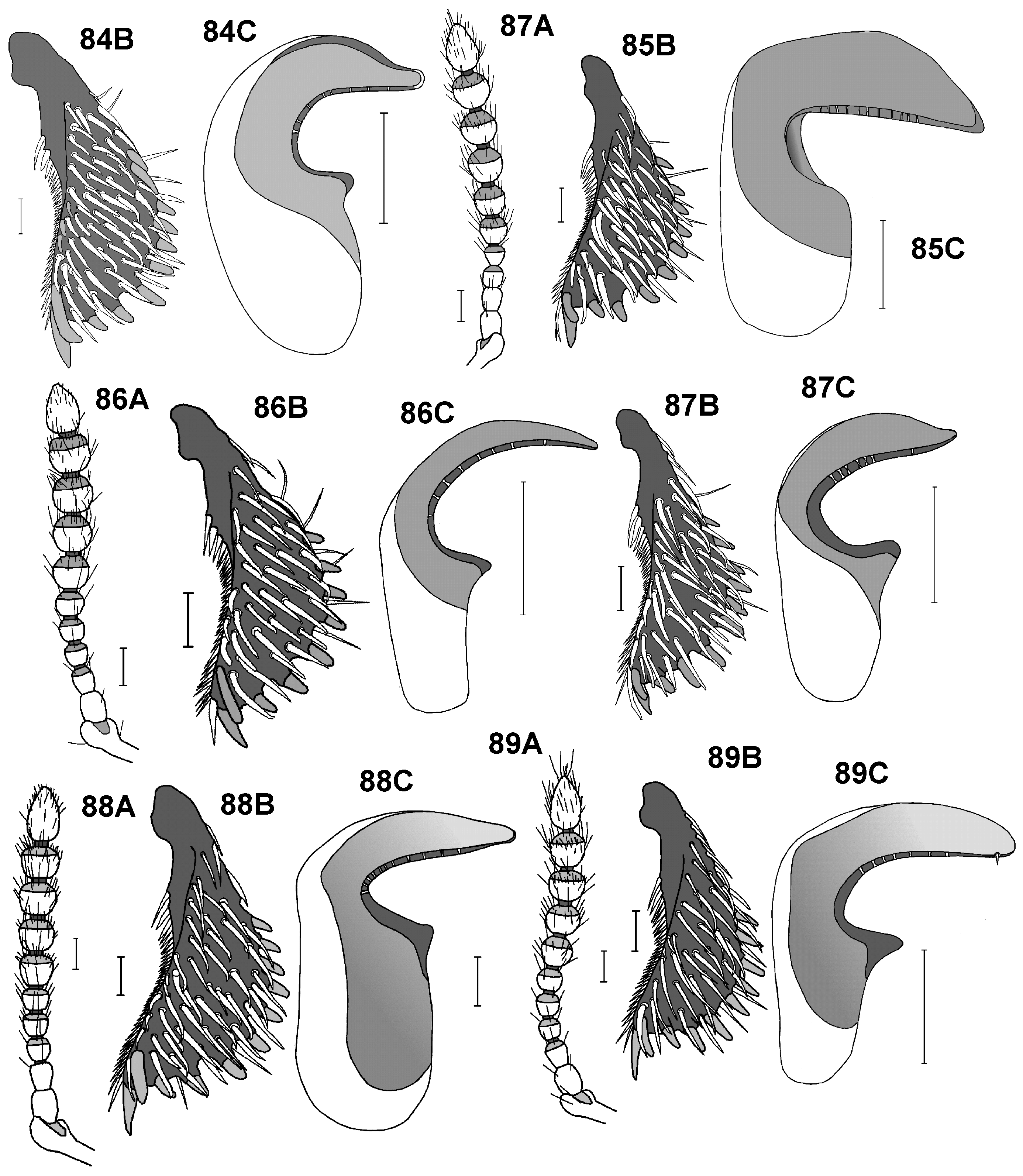