Mxl ( Figure 14 View FIGURE 14 F, G). Cx with long, bare dorsal bristle. Endite I with total of 10 claws/bristles; endite II with one claw, three bristles; endite III with two claws and one bristle. Exp with two bristles: one long and one short. First Enp segment with spinous alpha- and beta-bristles. Second Enp segment with five pectinate claws, two a- and one c-bristle.

L 5 ( Figure 17 View FIGURE 17 D). Lobe one with one short bristle; lobe two with two bristles (one longer than other); lobes 3–5 fused and with total of seven bristles, five long and annulated and with setulae, two bare, short bristles. Entire appendage hirsute.

Remarks. Sarsiella misakiensis   was reported twice from Japan ( Kajiyama 1912, Hiruta 1978), the second finding also with a detailed redescription and description of larval stages. The following are the differences between the present finding in Korea and the species first redescription ( Hiruta 1978):

1. According to Hiruta (1978) the surface is covered with fibrous structures, while we were able to clearly observe spines and setae of different length. However, they are indeed very dense and this may provide an appearance of undifferentiated fibrous structures;

2. The ventral bristle on the third A 1 segment is present in the Japanese population;

All other appendages are almost identical with the Korean finding and therefore we consider these two populations to be conspecific. 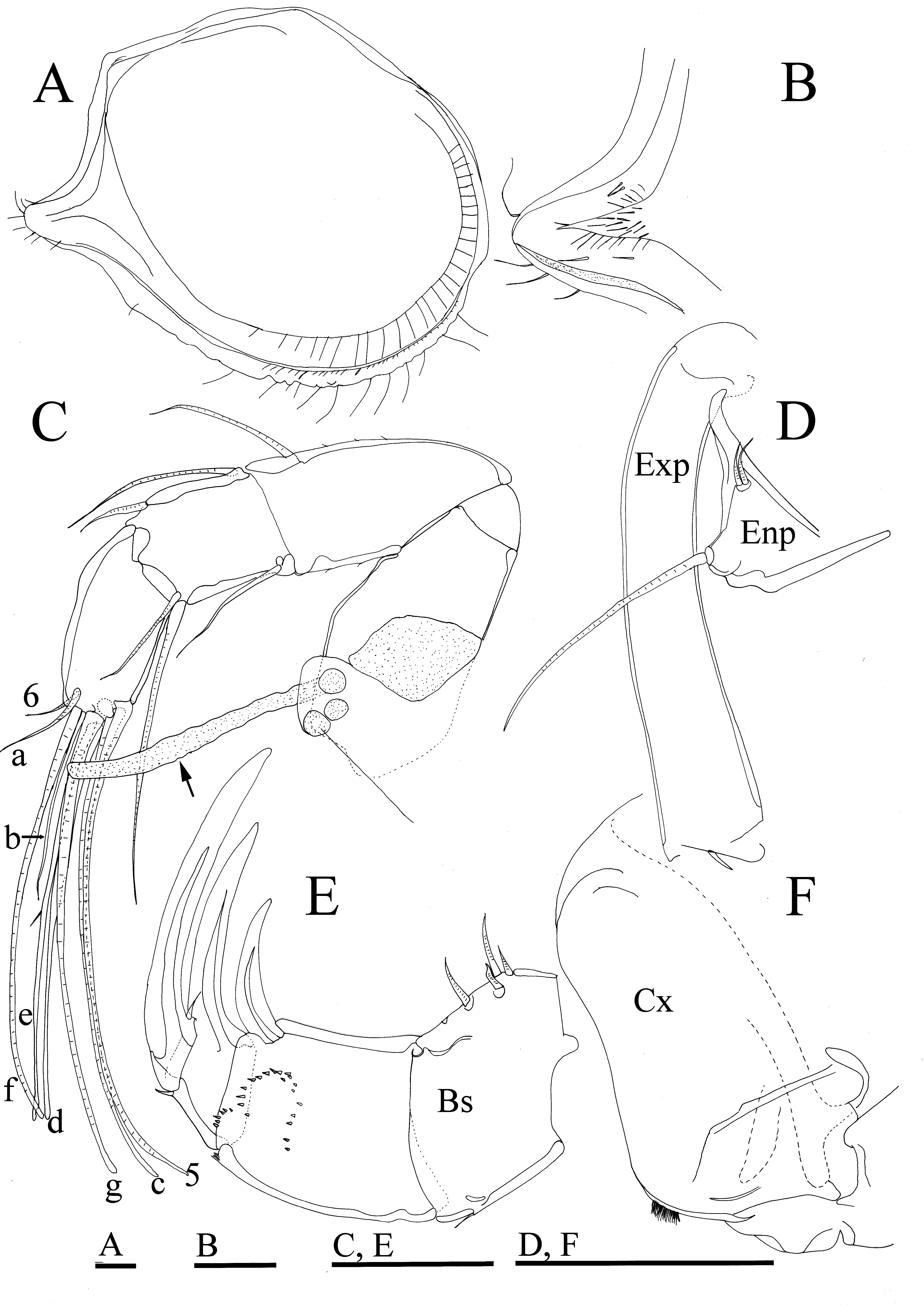 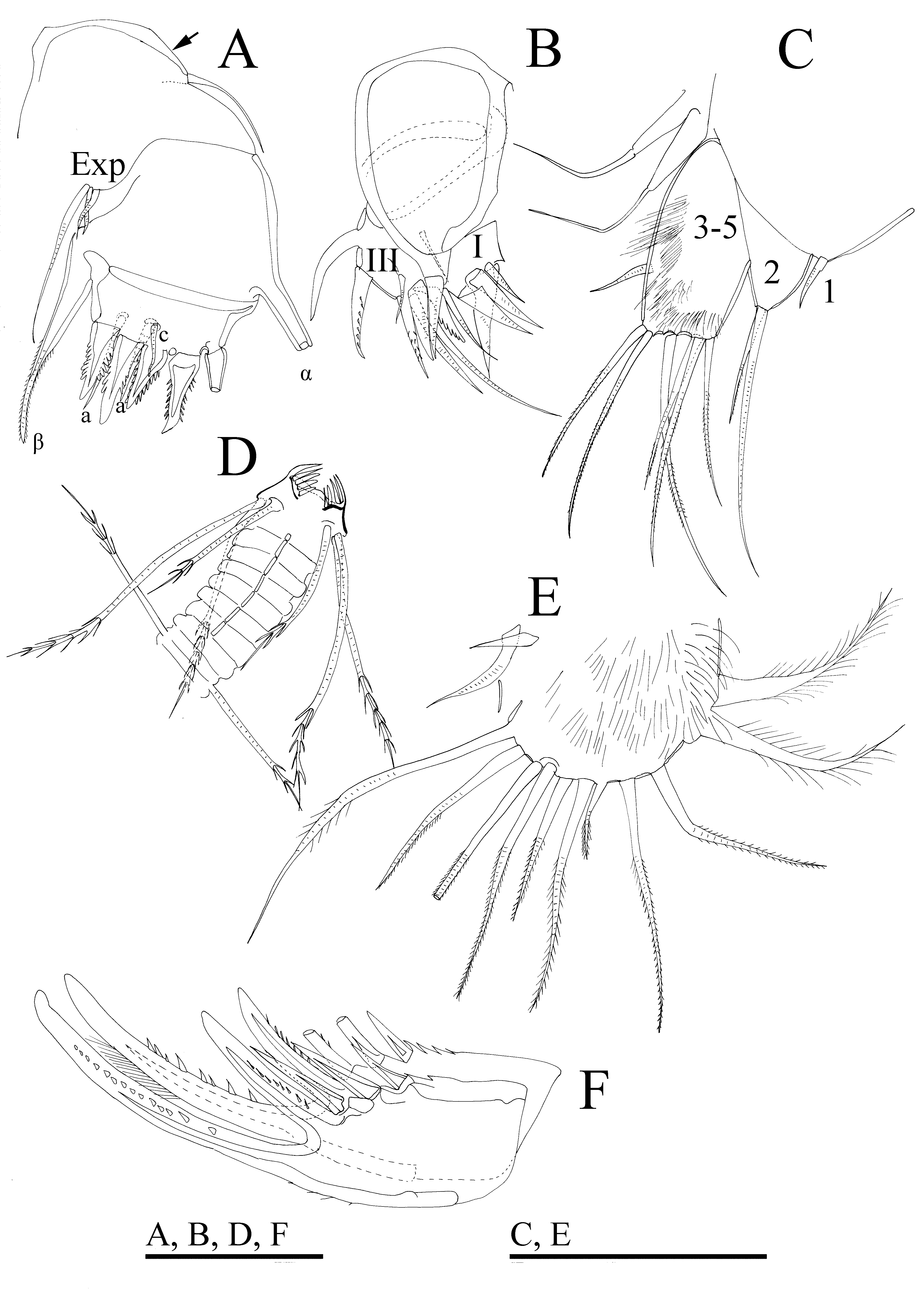 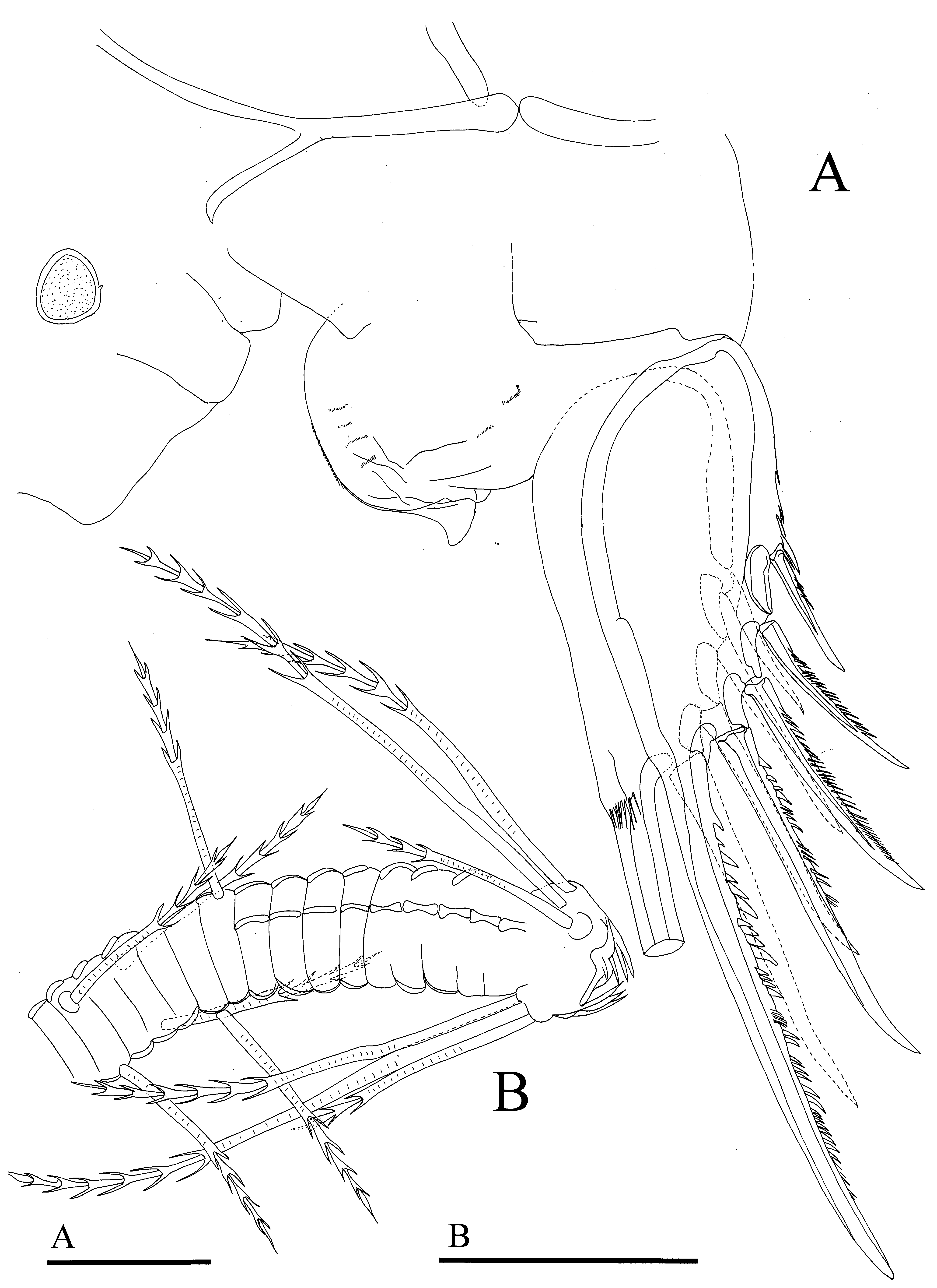