Etymology. The species name is the Greek word “ Nereis   ”—sea nymph, a daughter of Nereus.

L 5 ( Figure 20 View FIGURE 20 A). Lobe one with one short bristle; lobe two with two bristles (one longer than other, both pappose); lobes 3–5 fused and with total of seven bristles, five long and annulated and with setulae, two bare, short bristle. Entire appendage hirsute.

Remarks and affinities. The new Korean species differs from all other Sarsiella   representatives by the specific shell morphology. All other species have either more prominent ridges, are completely smooth, or covered with dense spines. Sarsiella nereis   is also one of the rare species with only two bristles distally on each side of the L 7. Of the species where this appendage has been described, only S. spinulosa ( Poulsen, 1965)   has the same morphology. 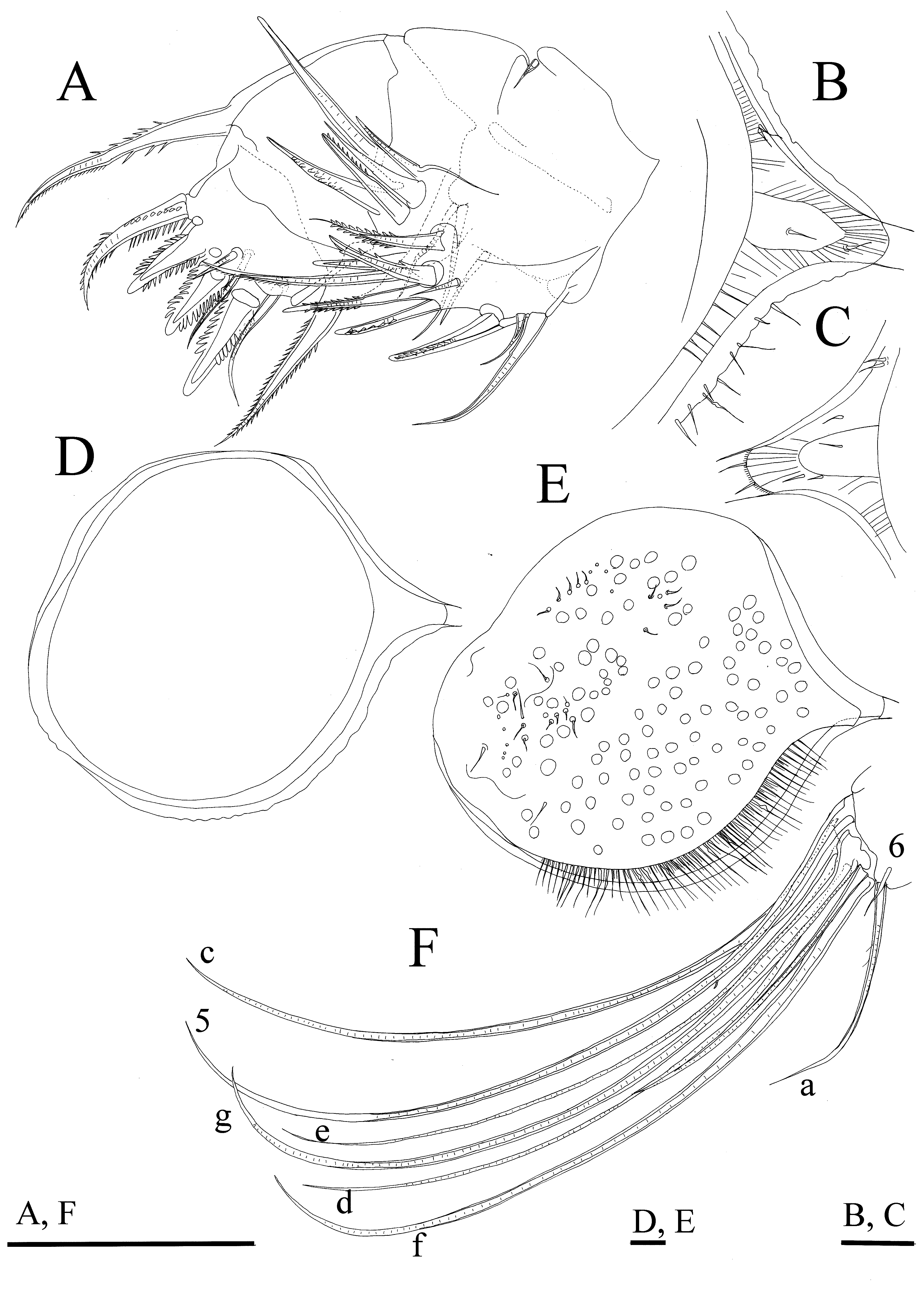