L 5 ( Figure 12 View FIGURE 12 D). Lobe one with one short bristle; lobe two with two bristles (one longer than other); lobes 3–5 fused and with total of seven bristles, five long and annulated and with setulae, two bare, short bristle. Entire appendage hirsute.

Remarks. Only one A 1 of one dissected female had three bristles ventrally on the fourth segment ( Figure 9 View FIGURE 9 A) while the other one had only two bristles, as well as both A 1 of the second dissected female. The only clear difference noted between the original description of S. japonica   from Japan ( Hiruta 1977) and this population in Korea is that the Japanese specimens seem to have a more rounded dorsal margin of carapace, less bristles on the posterior infold, and a slightly shorter caudal process. All other morphological characters, including the number and length ratio of setae on each appendage, seem to be identical. Hiruta (1977) reported males, while males were not collected during our study. 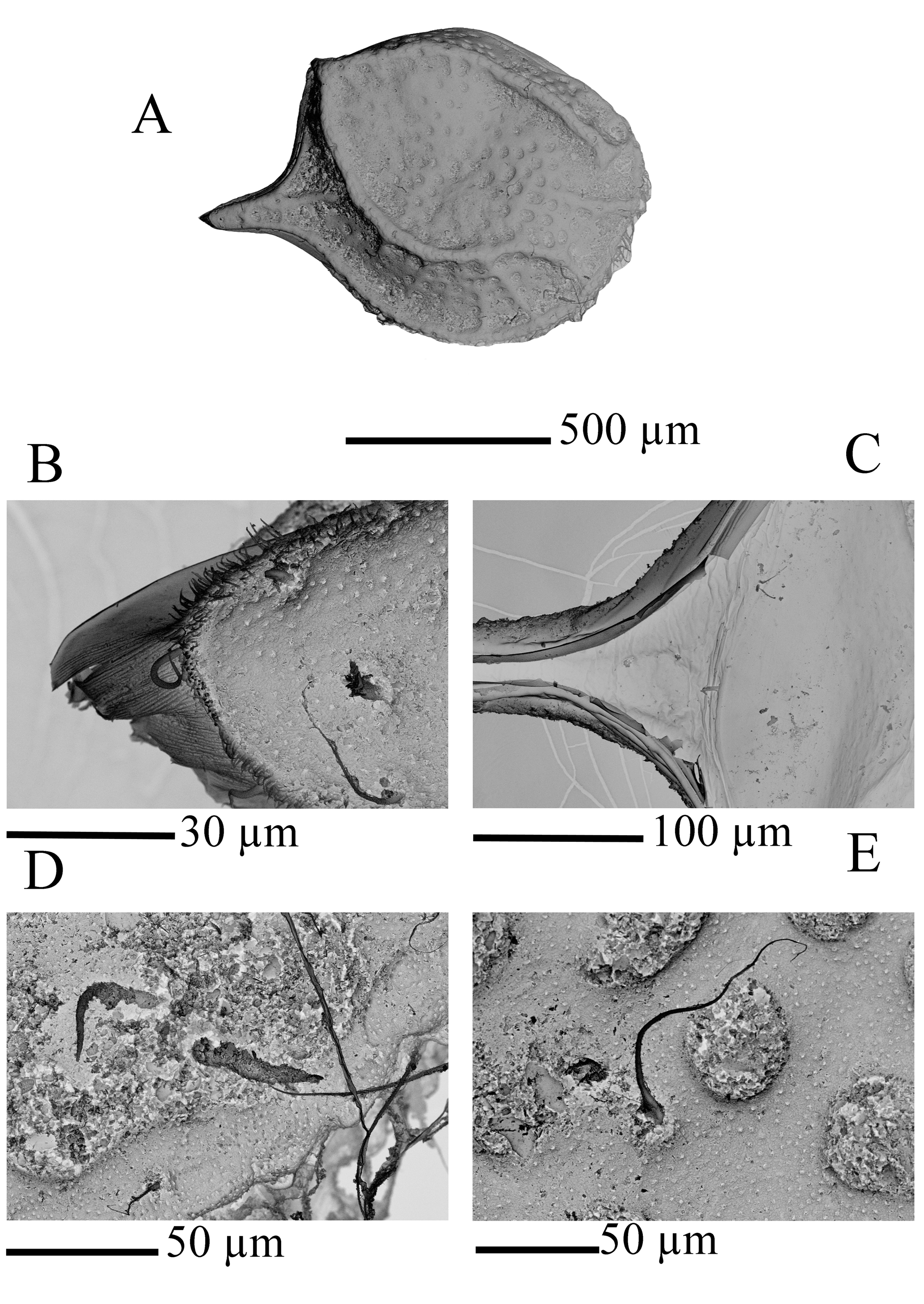