The Aulacocyclinae  forms a natural group recognized by the early authors of Passalidae  taxonomy ( Kaup 1868; Kuwert 1891, 1896, 1897; Gravely 1914, 1918; Dibb 1933; Reyes-Castillo 1970). In this analysis, it was possible to find three pairs of heterobatmy (levels of evolutionary development for parts of the body) to support the hypothesis of monophyly:

This character state was synapomorphic.

This character state (1) was synapomorphic for this level of hierarchy.

The branch Solenocyclinae+ is supported by one synapomorphy:

[Character 8] Diverticula restricted to the proximal extremity of the ileum (0); covering at least the third proximal of the ileum (1). Fast optimization (ci = 100; ri = 100). 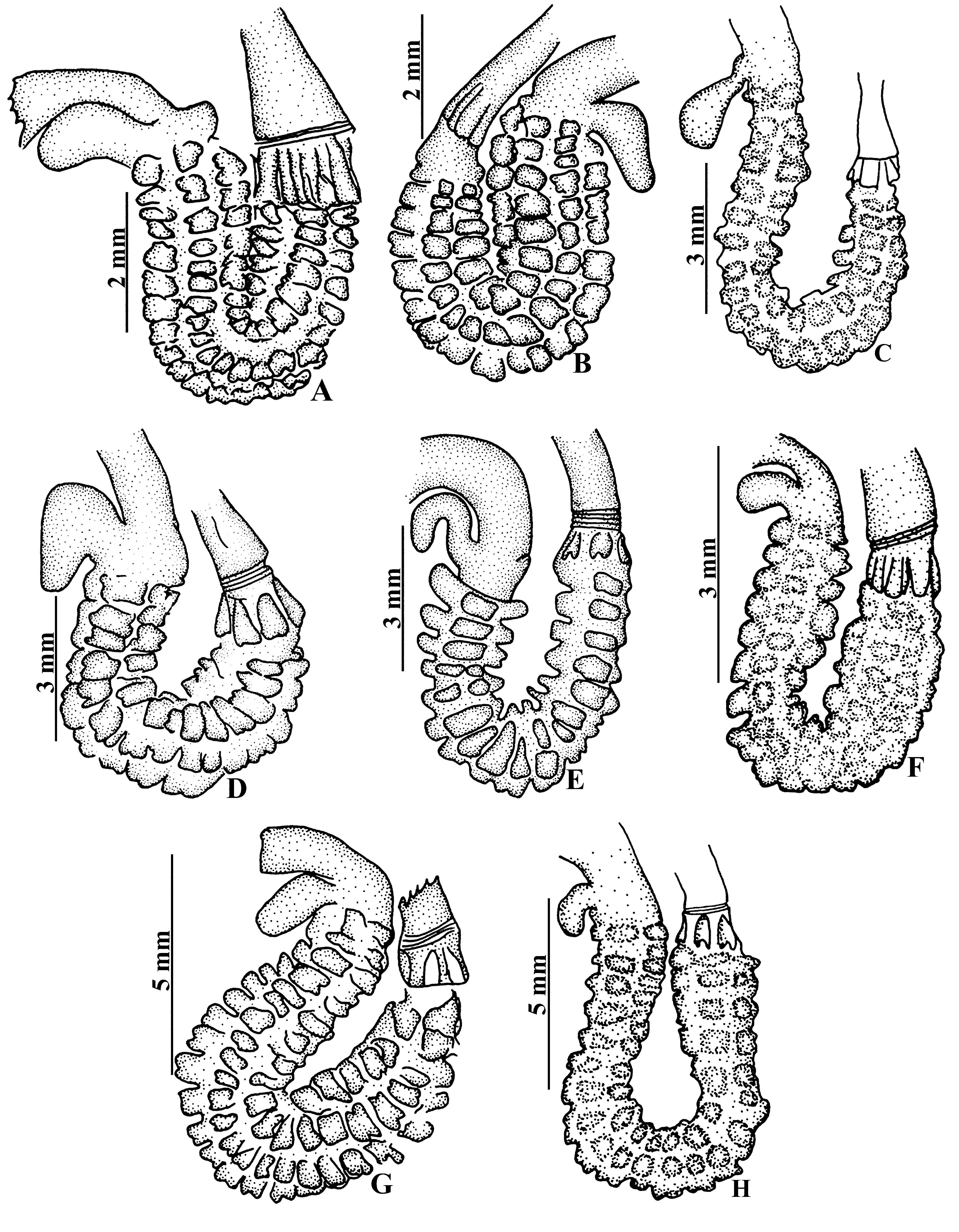