Etymology. This species is named after the limnologist Harald Sioli, from Max Planck Institute for Limnology, in recognition of the importance of his pioneering contributions to understanding of the Amazon forest ecology.

Note. ♂♂ and ♀♀ of this species were matched tentatively, based on their collecting localities, as well as on the distribution of S. brescoviti  , a closely related species (see diagnosis below). ♂ and ♀ specimens respectively assigned to S. siolii  and S. brescoviti  were collected in four localities in the Brazilian Amazon. Only two of these localities, Manaus and Santarém, presented both ♂ and ♀ specimens, corresponding to the ♂ S. siolii  and the ♀ S. brescoviti  , as matched in this study. They were not considered as conspecific based on ♂ and ♀ specimens collected together in Una, state of Bahia. These specimens correspond to the ♂♂ and ♀♀ of S. brescoviti  , which were also recorded in two close localities (Jussari and Porto Seguro), although not with both sexes in the same locality (see material examined for S. brescoviti  ). Hence, we presume S. brescoviti  is the only of these species to occur outside Brazilian Amazon, and this was used as a basis to match ♂♂ and ♀♀. Obviously, this matching is still hypothetical, and can be tested in the future with new collections and natural history observations.

Diagnosis. S. siolii  resembles S. brescoviti  by the patellar apophysis emerging from a patellar projection, by the shape of the paracymbium and the presence and shape of the epigynal internal armature. ♂♂ differ by the presence of two rounded apical prongs on the patellar projection and by the small pointed apex of TTA ( Figs. 11–12View FIGURES 11 – 14). ♀♀ are distinguished by the subquadrate internal armature of the epigynum and by the pear­shaped spermathecae ( Figs. 13–14View FIGURES 11 – 14). 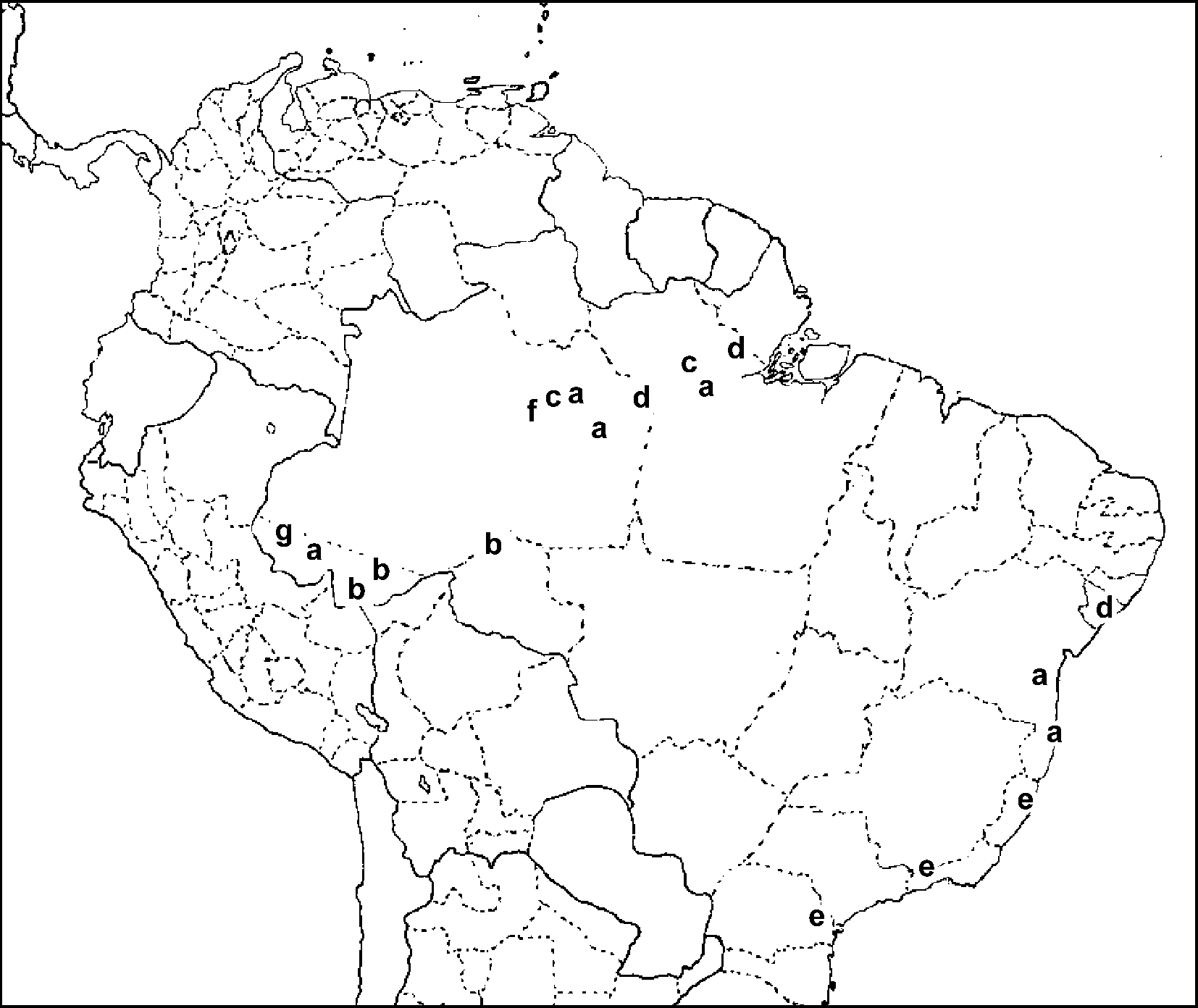 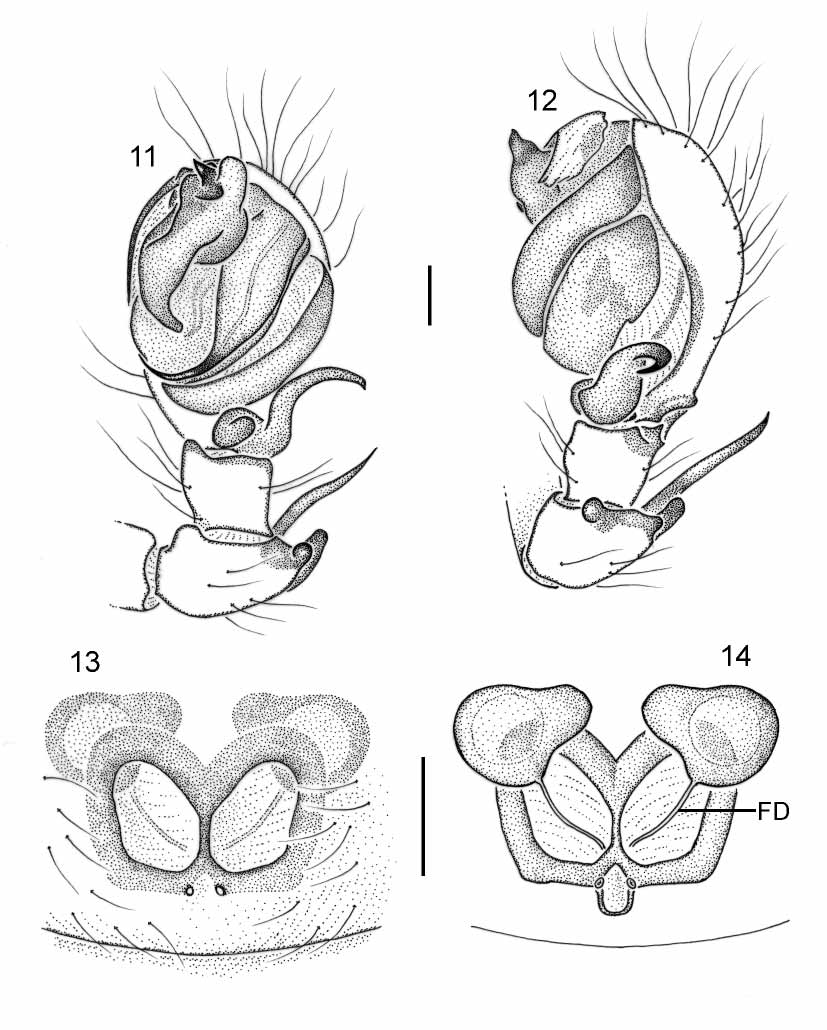