Etymology. This species is named after the spines on the phallobase lobes of the penis.

Remarks. This species can be distinguished by the strongly recurved ventral aedeagal processes and the several thick black spines on the caudal lobes of the phallobase, the latter similar to those found in Gwurra aphrodite Linnavuori (see Gnezdilov & Bourgoin 2009, Fig. 93-94). The species does not run easily to a genus in the key given by Gnezdilov & Bourgoin (2009). It runs to the first part of couplet 7 as its fore tibia are expanded but this choice leads only to two genera neither of which resemble our species. Disregarding this couplet, the species runs to Afronaso Jacobi which is very similar externally but lacks the features of the male genitalia noted above. We therefore tentatively include the species in Afronaso but conclude that it could be placed into a new genus or subgenus in the future. 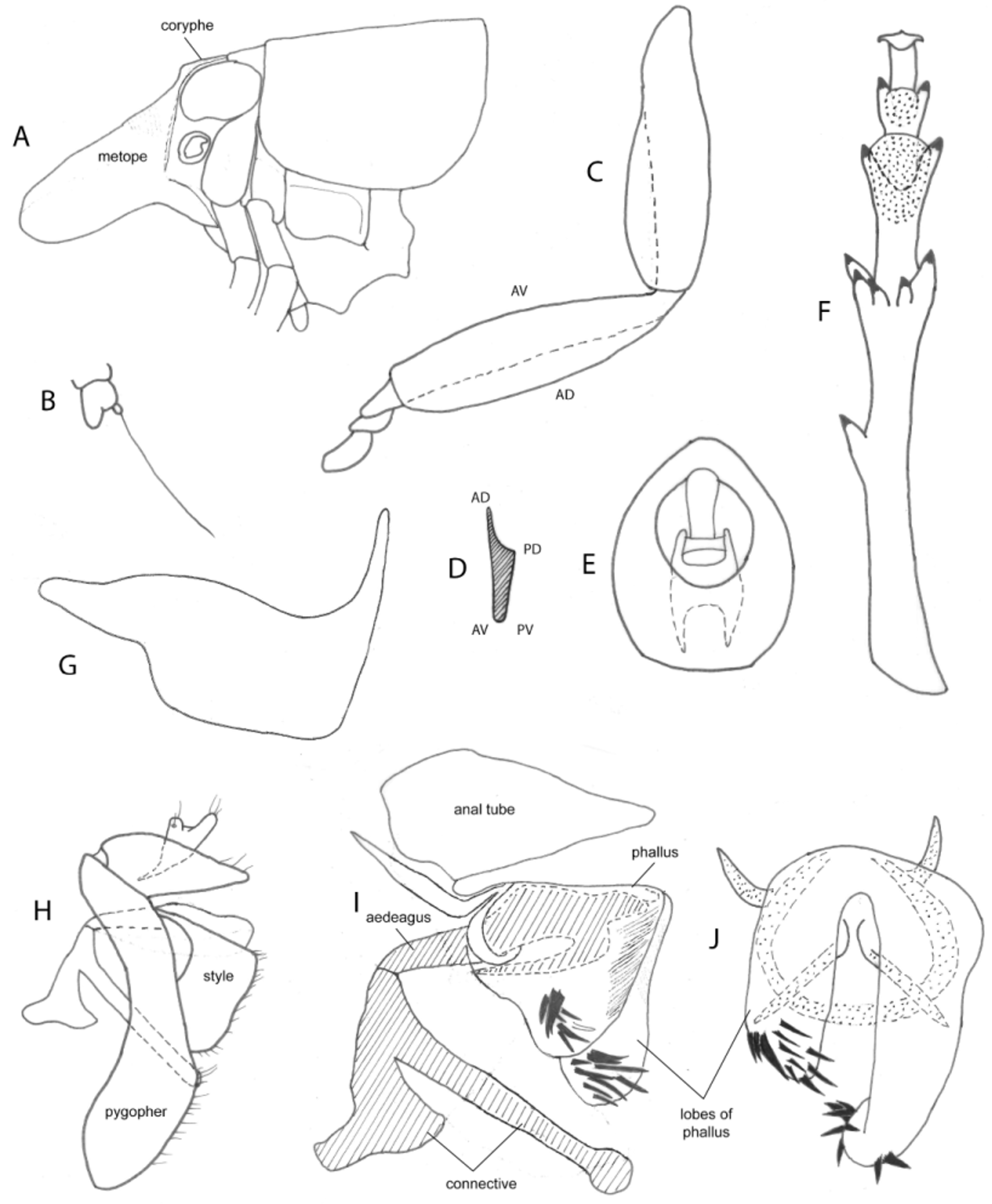