Etymology. The species name is derived from the type locality, Malang, in eastern Java, Indonesia. The name is used as a noun in apposition.

Karstarma jacobsoni  is known to have a large egg size (1.8 mm diameter, present study, see Comparative Material) and almost certainly has an abbreviated larval development with the eggs probably hatching out into juvenile crabs. While no ovigerous specimens of K. malang  n. sp. were collected, but the relatively large size of their vulvae suggests their eggs are probably of a similar size to that of K. jacobsoni  . This suggests that these two species are probably land-locked which do not need to migrate to the sea to release their larvae. Considering that the two Karstarma  species from Java belong to different underground watershed systems and karst ranges, their populations are effectively isolated, geographically and reproductively from each other. It is important to note that all the other coloured Karstarma  species occur near or adjacent to the sea shore, or in anchialine systems which, though inland, are still connected to sea. Most are restricted to small islands. Many of these species inhabiting near sea shores (e.g., K. jacksoni  , K. boholano  , K. guamense  , K. emdi  and K. balicus  ) have small eggs and release their zoeae into the open sea ( Orchard 2012; PKL Ng, unpublished data).

Notes on habitat. Both Karstarma jacobsoni  and K. malang  n. sp. inhabit the banks of underground streams in the totally dark zone of cave systems (C. Rahmadi, pers. comm.) where the water has zero salinity and the habitats are far from the sea. The type locality of K. malang  n. sp. is about three to six km from southern coast of Java while that of K. jacobsoni  is further far inland, about 20–30 km; with the two sites some 200 km from each other ( Fig. 7View FIGURE 7). Karstarma malang  n. sp. was found in three vertical caves where underground freshwater streams were present. Based on the information provided by Cahyo Rahmadi, K. malang  n. sp. is an obligate cavernicole living in total dark zone, i.e., it is a stygobite. It was found along the banks of the underground streams on the muddy cave floor ( Rahmadi 2011b). Gua Lowo (lowo or lawa means bat in Javanese), the type locality of K. malang  n. sp. is a roosting ground for bats during the day in the middle of forest. Arachnids of the genus Sarax  ( Amblypygi  : Charinidae  ) and Heteropoda  ( Araneae  : Sparassidae  ) were also present, while Carabidae  (Insecta: Coleoptera  ) and Isopoda ( Crustacea  ) were found in the guano on the cave floor ( Rahmadi 2012).

There are three other caves in the southern Malang karst range that have been explored the fauna: Gua Siem, Gua Lo and Gua Bangi ( Rahmadi 2011a, c). These caves are mostly inhabited by terrestrial fauna such as bats, spiders, insects and isopods. Gua Lo and Gua Bangi are two connected caves and at one point between the two caves, there is subterranean groundwater with white catfish and other fish observed but no crab was seen ( Rahmadi 2011c). So far, K. malang  n. sp. has only been found in Gua Kerek, Gua Rampal and Gua Lowo. It is possible that the subterranean streams in these caves are connected and form an underground watershed system but not linked to the subterranean system of the Gua Lo-Bangi system ( Fig. 7View FIGURE 7).

Distribution. Karstarma malang  n. sp. is currently known only from the caves in Malang Selatan (or southern Malang) karst range of Donomulyo District, Malang Regency. The caves range about between two to ten kilometers from the Indian Ocean coast of southern East Java Province. 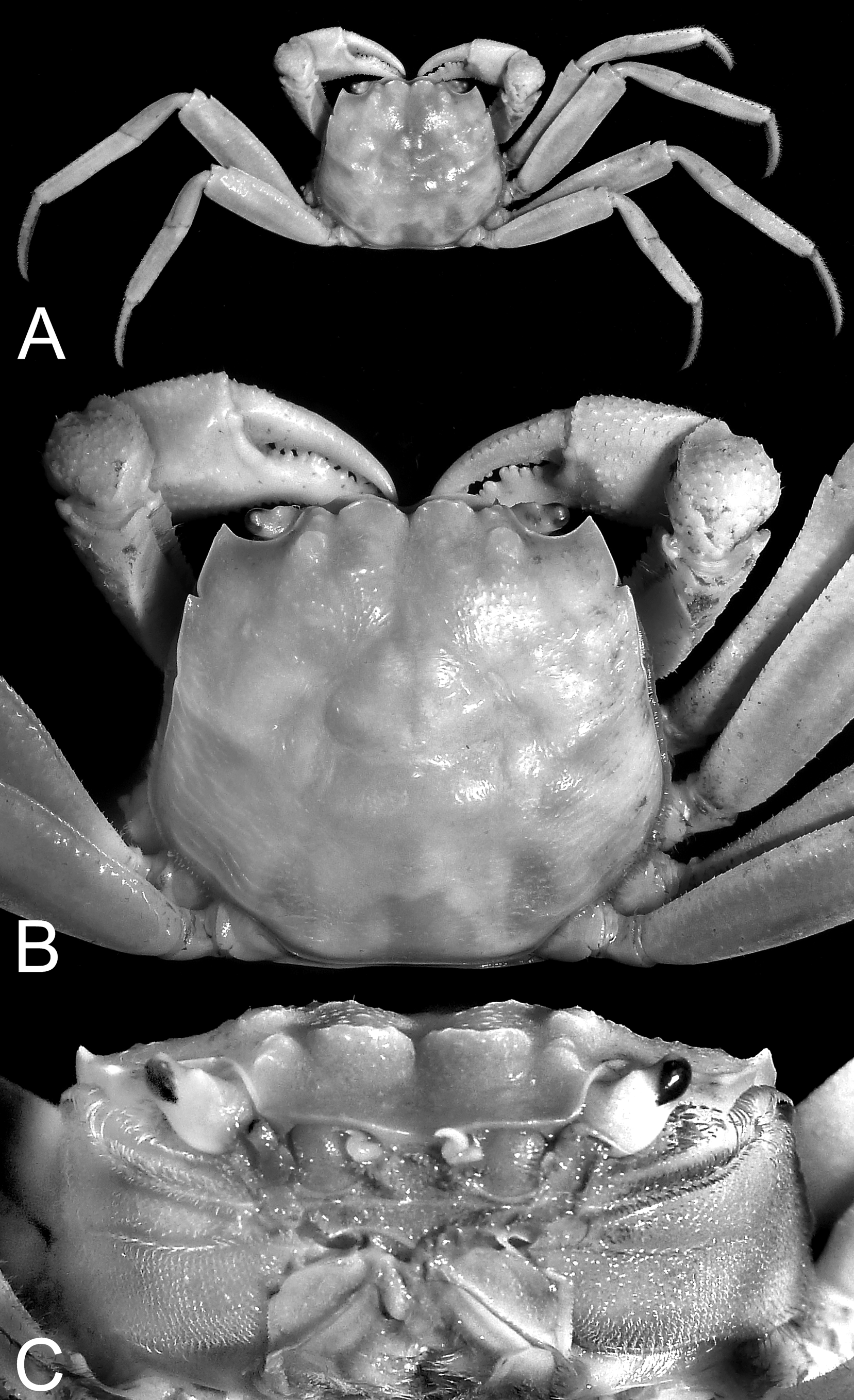 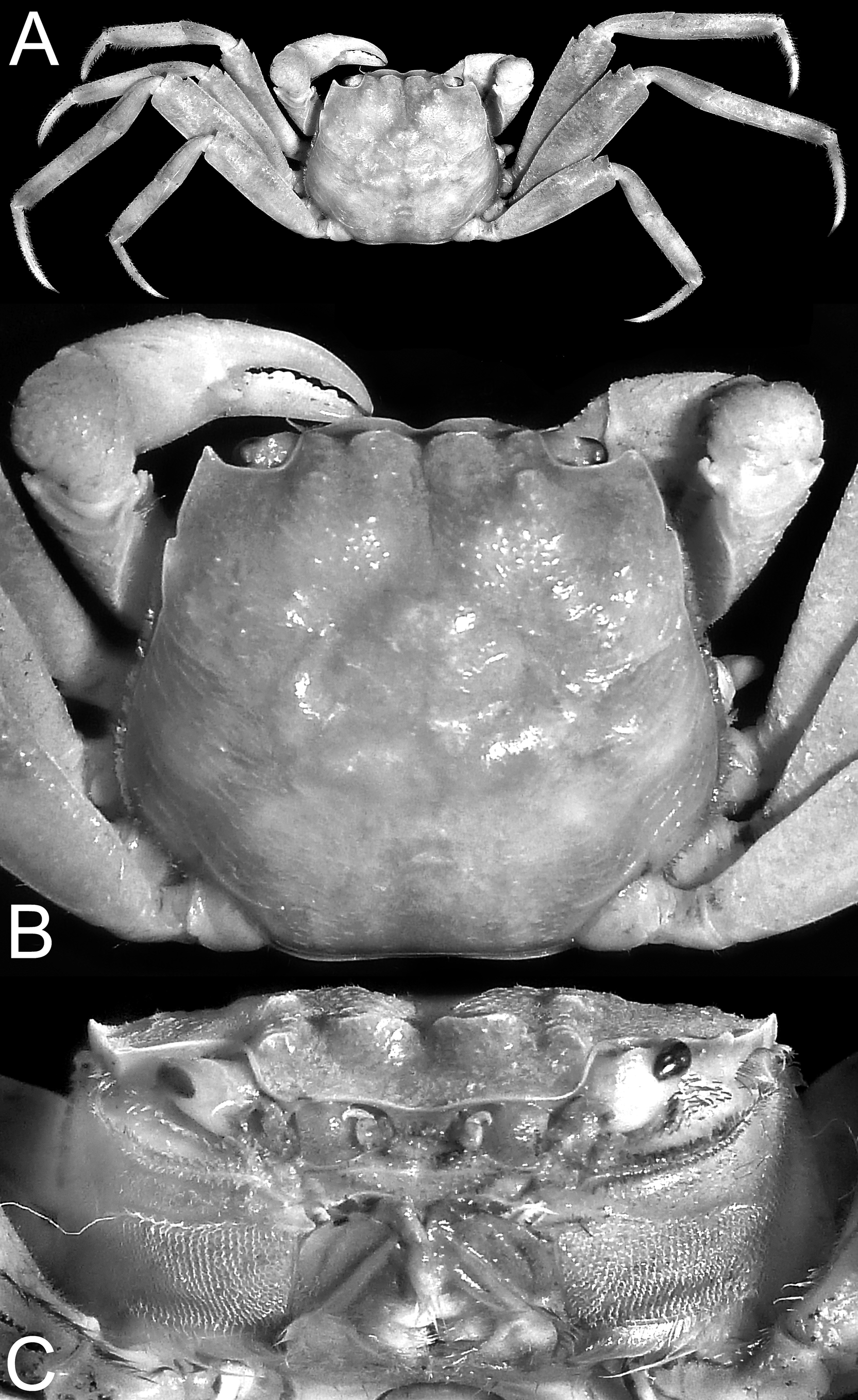 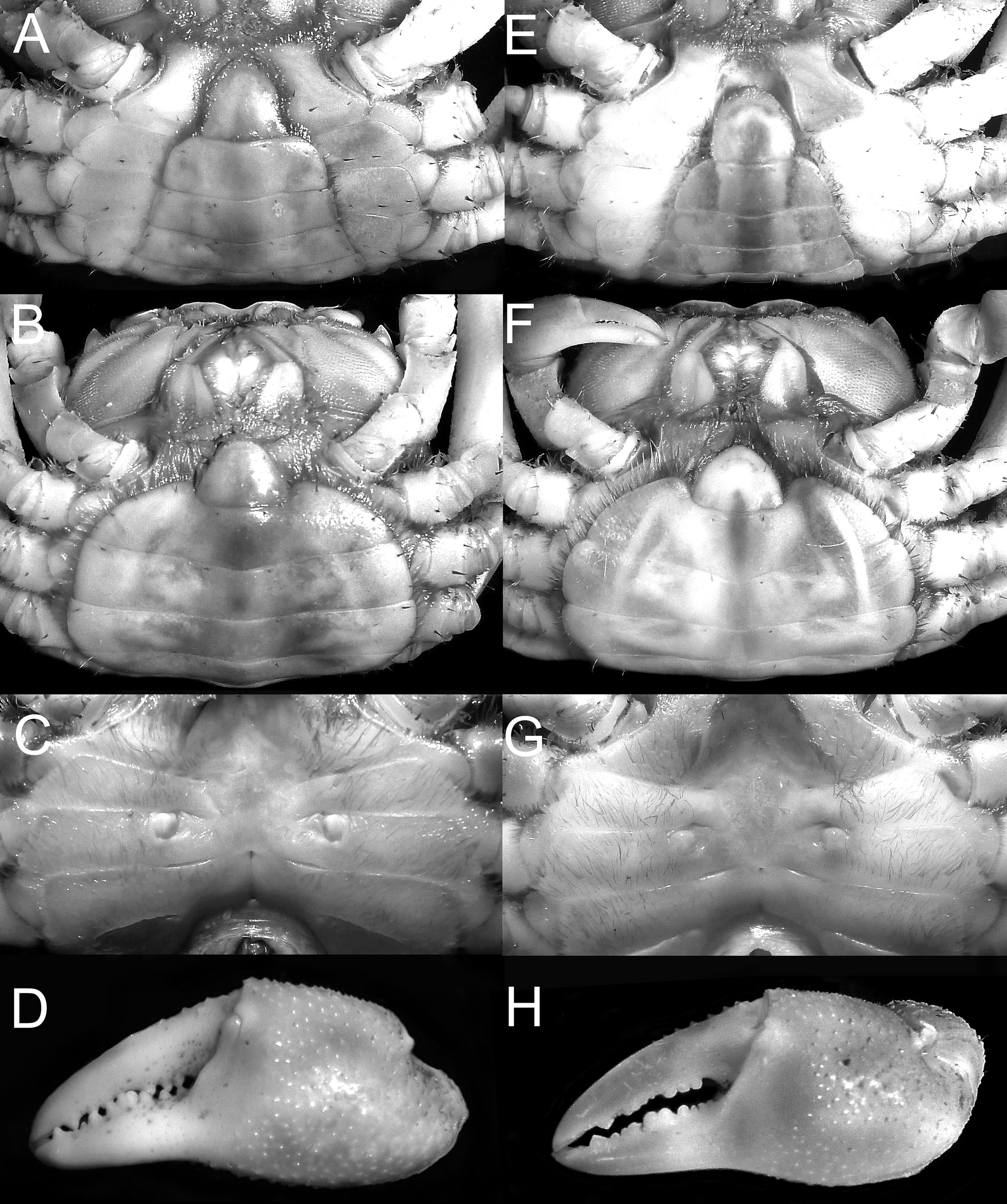 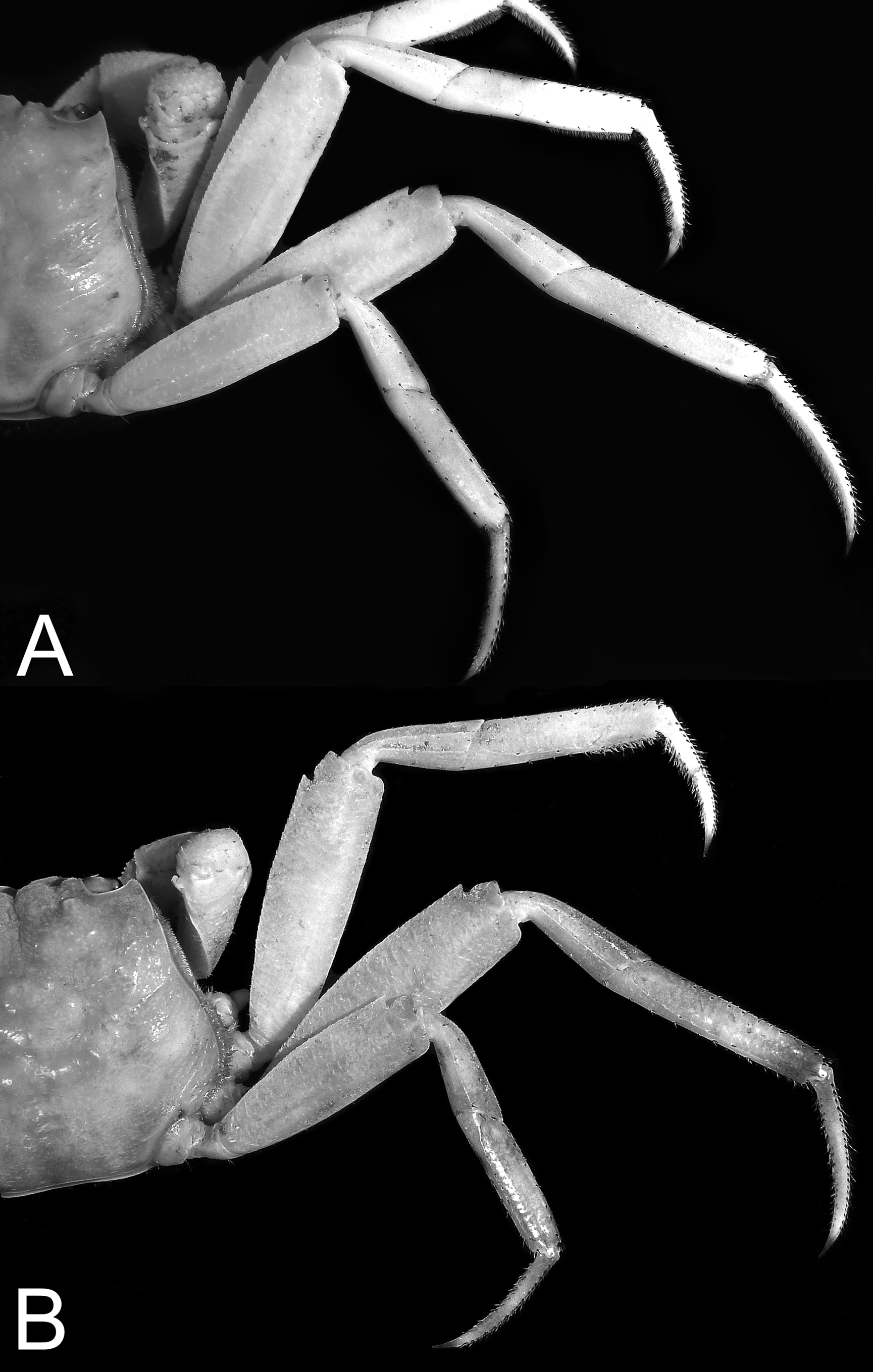 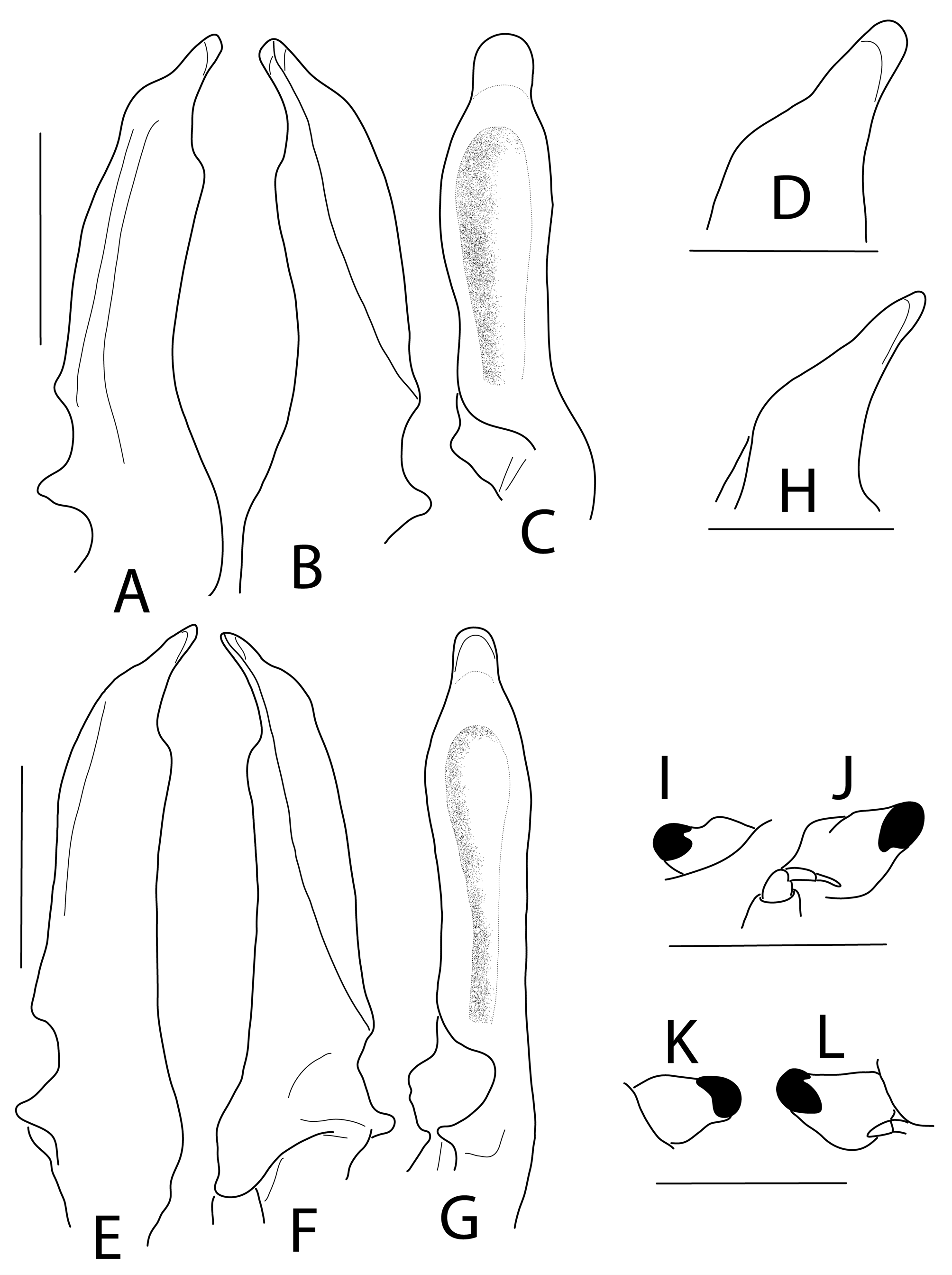 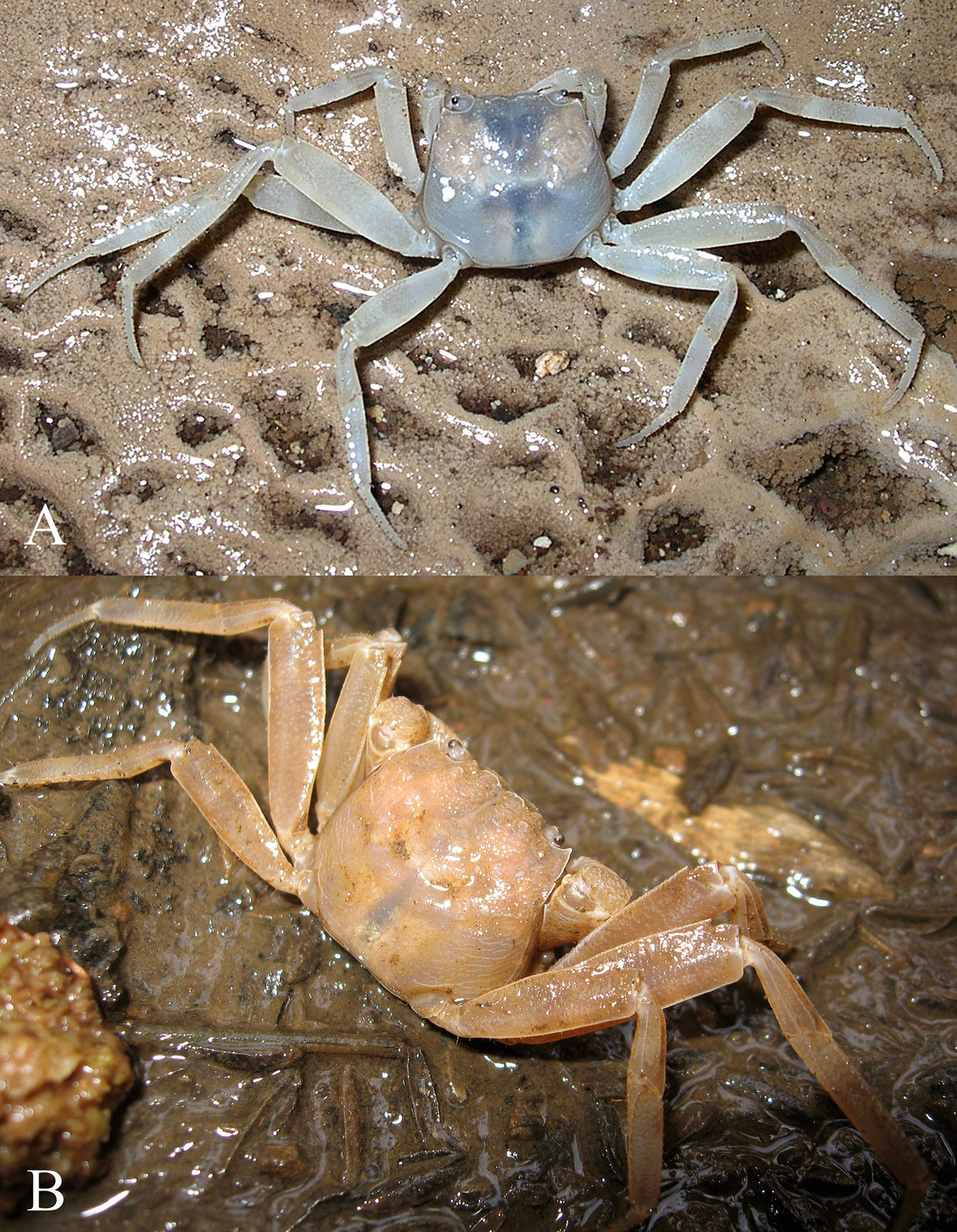