Head elongated quadrate, much longer than wide, HLm/HW = 2.81, HLl/HW = 1.88, widest of head at about middle from labrum to base; posterior supraorbital pores close to neck constriction; right mandible tridentate; mentum and submentum imperfectly fused, mentum 4-setose (two at base of tooth, short, two at either side of tooth, longer); mentum tooth short and simple; submentum 8-setose; palps slender and glabrous; the 2nd labial palp 1.4 times longer than the 3rd, the 3rd maxillary palp 1.3 times longer than the 4th; suborbital pores closer to neck constriction than to submentum; antennae rather comparatively short, extending a little over middle of elytra, comparatively length radio of the 1st to the 5th antennomeres as: 1.0: 1.11: 2.17: 2.11: 2.33, the 2nd slightly shorter than the 11th.

Prothorax slightly shorter than head including mandibles, PrL/HLm = 0.87, or longer than head excluding mandibles, PrL/HLl = 1.18; wider than head, PrW/HW = 1.18, and much wider than pronotum, PrW/PnW = 1.20; PrL/PrW = 1.85; PnL/PnW = 2.18; propleura invisible from above in apical 1/3, widest at about 2/5 of pronotum from base. Pronontum slightly narrower than head, PnW/HW = 0.98, widest at about middle, sides not sinuate before hind angles which is nearly rectangular, lateromarginal setae at a little before apical 1/4; base evidently arcuate medially, nearly as wide as front which is straight; lateral sides unbordered throughout, base and front faintly bordered. Scutellum small.

Elytra elongated-ovate, much longer and wider than prothorax, EL/PnL = 2.30, EW/PrW = 2.27, about twice as long as wide, EL/EW = 1.91, gently narrowed backwards and forwards, widest at about middle of elytra. Chaetotaxy as in U. gejianbangi  , but the 1st pore at same level of the 2nd; anterior and middle dorsal pores at about 1/5 and 5/12 of elytra from base respectively, the preapical pore at apical 1/13, much closer to elytral suture than to apical margin.

Male genitalia ( Figs. 7View FIGURE 7 c –d): Aedeagus strongly sclerotized, extremely stout and short, extraordinary bent and hooked ventrally at apical portion; base very large, with a wide and somewhat bisinuate ventrally opening, gradually narrowed posteriad, with ventral margin slightly curved until the apical hook which is blunt at apex; without sagittal aileron; membranous part fairly large; inner sac armed with a fairly large copulatory piece which is about 1/4 as long as the median lobe; in dorsal view, apical lobe narrow, much longer than wide, nearly parallelsided and broadly rounded at apex. Parameres thin and elongated, each of the right and left ones bearing four long apical setae.

Remarks. It is allied to U. gejianbangi Tian et Wei  , sp. n., with differences mentioned above.

Etymology. Dedicated to Dr. Thierry Deuve, a well-known entomologist who has made great contributions to the family Carabidae  in China.

The cave opens in an agricultural field near Longmu Cun. It is surrounded by citrus trees and is invisible from road. Down from the entrance there is a large room which is wet and has water droplets. After about 100 meters through the main gallery there is a pool and a stream, then it becomes too dry to suit to cave animals. The unique blind beetle was collected in a dark area under stone at about 60 meters from the entrance. Other sympatric cave animals in the cave are millipedes (three species), crickets, snails, ants and reduviid bugs. 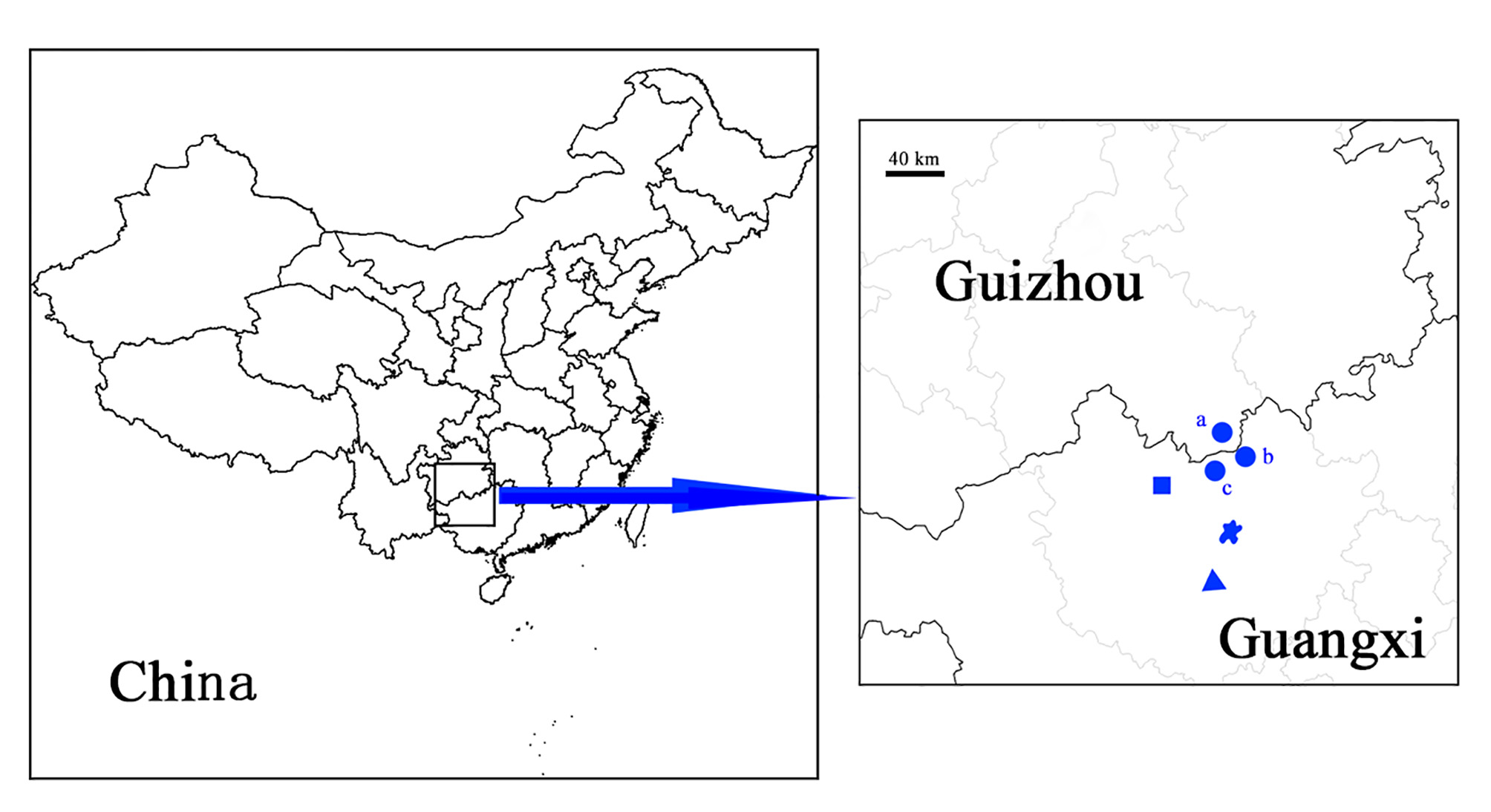