Head elongated quadrate, much longer than wide, HLm/HW = 2.70–2.13 (mean 2.72), HLl/HW = 1.16–1.93 (mean 1.89), genae nearly parallel-sided medially, widest part of head at about middle from labrum, narrowed posteriorly; posterior supraorbital pores close to neck constriction; right mandible tridentate though teeth reduced in some individuals; labial suture clear ( Fig. 1View FIGURE 1 a), mentum 6-setose (setae located at base and either side of mentum tooth, and inner margins of lateral lobes, respectively); mentum tooth short and widened, simple at apex; basal foveae not pitted though distinctly deep and large; submentum 10-setose; palps slender, glabrous except the 2nd labial palpomere which having a single seta at inner margin near base; penultimate palpomeres much longer (1.3 times) than the apical ones in both maxilla and labium; suborbital pores closer to neck constriction than to submentum; antennae rather short, extending over 3/5 of elytra, comparatively length radio of the 1st to the 5th antennomeres as: 1.0: 1.2: 2.1: 2.2: 2.3, the 2nd shorter than the 11th.

Remarks. This new species is allied to U. deuvei Tian et Chen  , sp. n., but it is easily distinguished from the latter by its less convex body, blunt hind pronotal angles and shortly hooked ventrally median lobe of aedeagus.

Etymology. In honor of Mr. Jianbang Ge, head of the Administrative Bureau of Huanjiang World Heritage Site of Southern China Karsts, to thank him for his long-term support to our cave biodiversity study in Huanjiang County.

The cave is about 1000 m long, with a small opening and a large main passage. All the blind beetles were collected in dark areas of the cave. The sympatric cave carabid beetles of U. gejianbangi  are Pilosaphaenops whitteni Tian, 2010 and Guiodytes deharvengi Tian, 2014  . 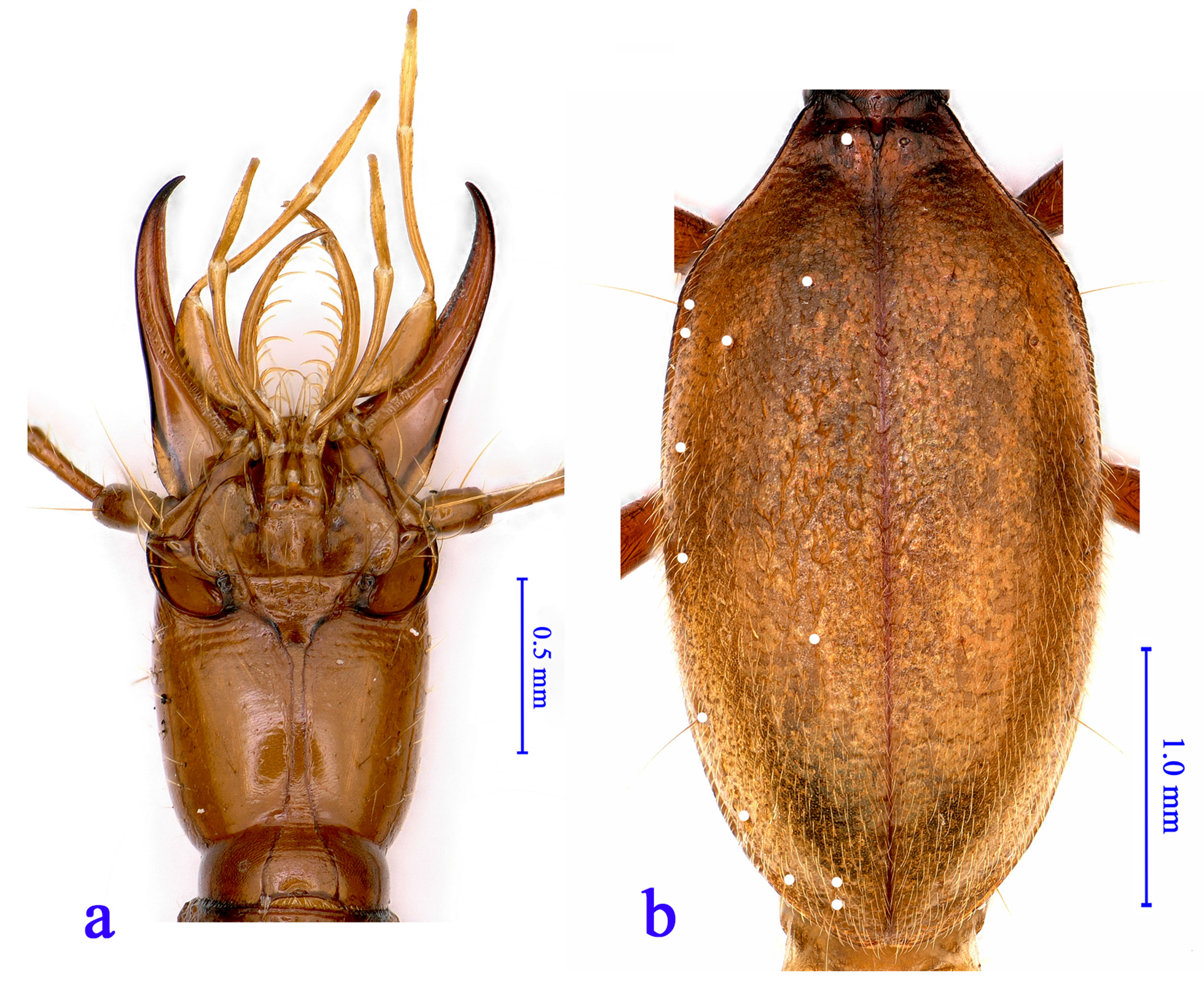 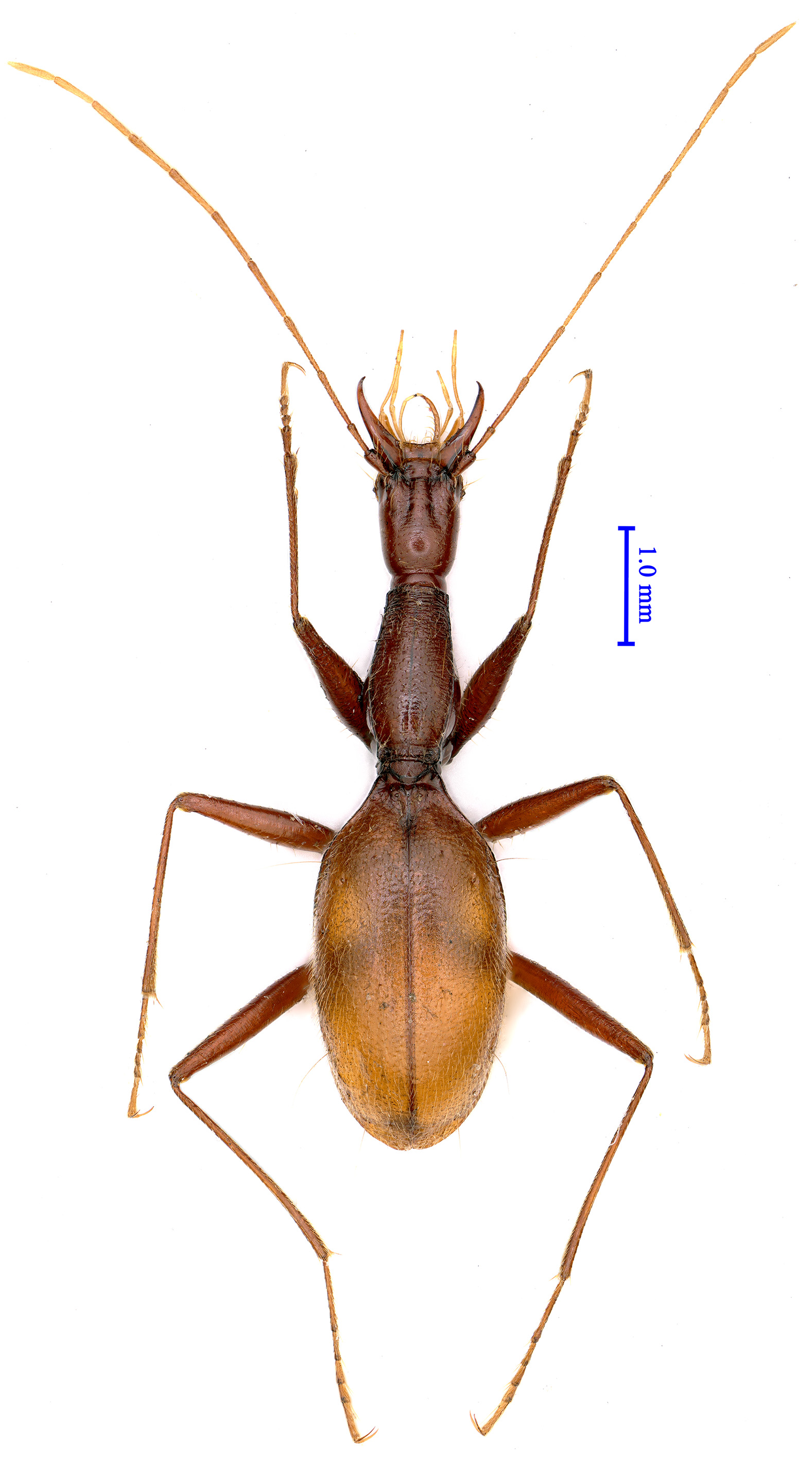 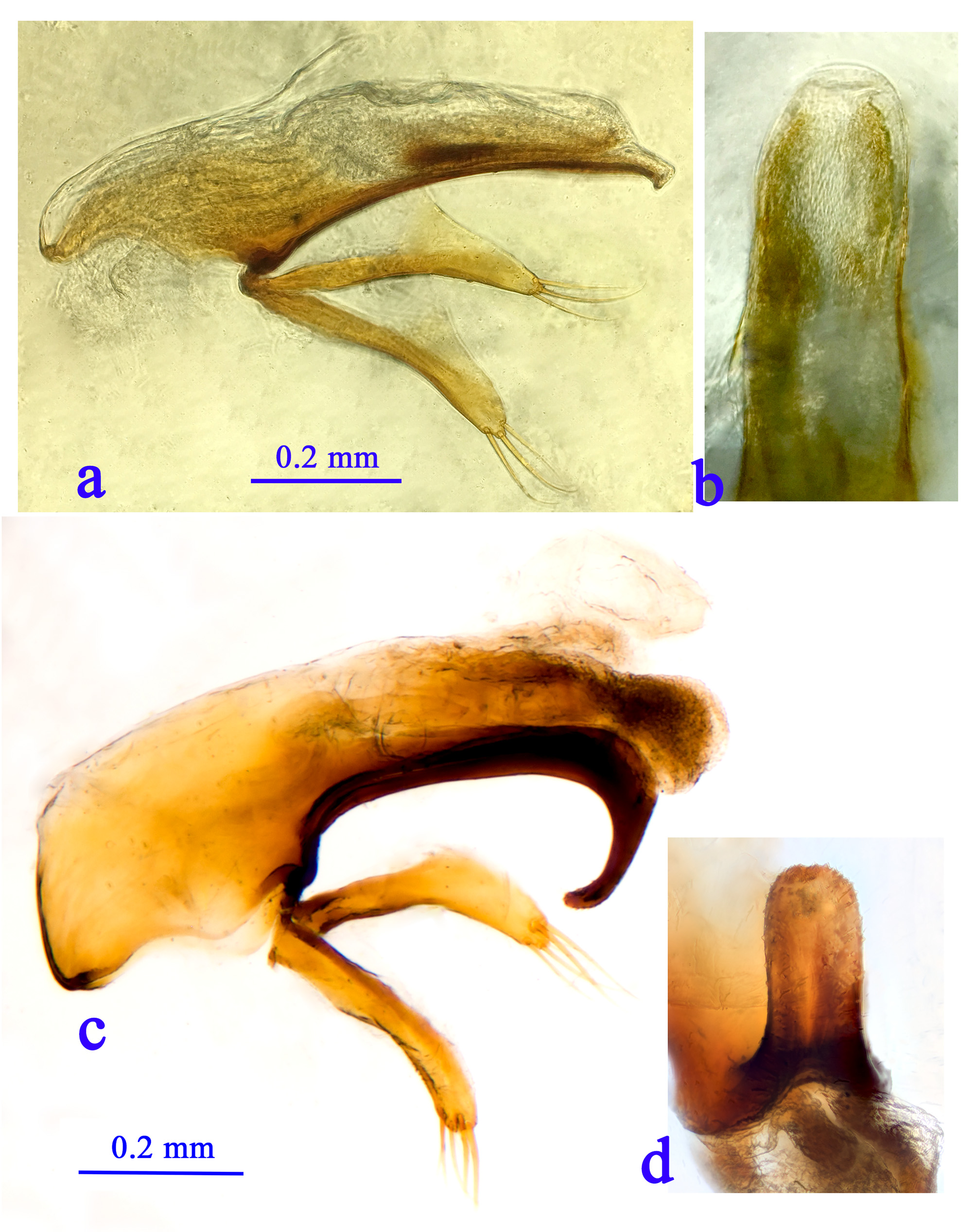