The species name pacifica - in reference to its general location; stated to be closely similar to Parastenella atlantica  ( Cairns (2007b). Cairns suggested that these could form a geminate (twin species) pair, differing largely in having ranges in different oceans. The species designation is listed as accepted in WoRMS Database (Cordeiro et al. 2019)

Deep-water species (~1,500-2,086 m, currently known to live on the continental slope off Oregon up to British Columbia (Queen Charlotte Islands); see Appendix 3: List of material examined. Material in the SBMNH collection came from an area north of the California Bight’s northern limit; whether it will be found further south (into the California Bight) remains to be seen.

Of the many fragments/partial colonies present in the one lot from the SBMNH collection, one of the fragments has bits of a distinguishable, pale orange ophiuroid (brittle/basket star) intertwined/tangled within it. This could either be an artifact of collection or a true living condition. The specimen from Moss Landing Marine Labs (see Appendix 3: List of material examined) also showed presence of Ophiuroidea  ; based on the nature of their location, etc. within the colony, likely a living situation, not an artifact.

Sclerites in specimens from SBMNH were consistently a bit smaller than those from holotype shown in Cairns (2007b). Furthermore, the SBMNH material not generally in good condition; was often difficult to get good microscopic arrays showing enough of the different forms of body wall scales (abaxials, laterals and adaxials) so as to see clear differences. The coenenchymal sclerites on branches were very evident, however, and examination of sclerites showed clearly the broad, shallow fluting. While tentacular rods are considered common in this species, sometimes very few would be found in the fragments examined; the condition of many of the polyps may partly explain their absence. Further examination of undamaged colonies, collected from the same area, may better reveal their presence. 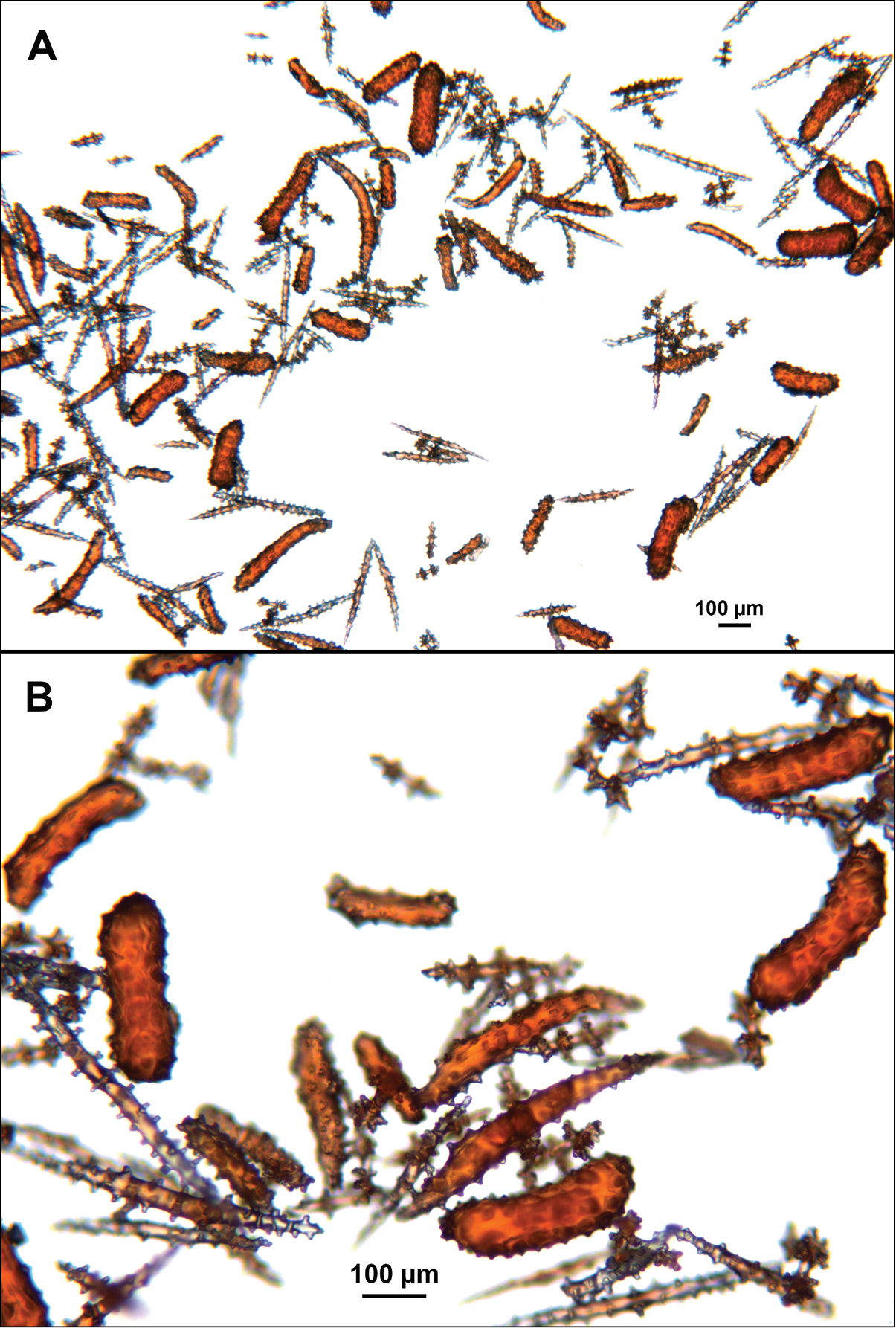 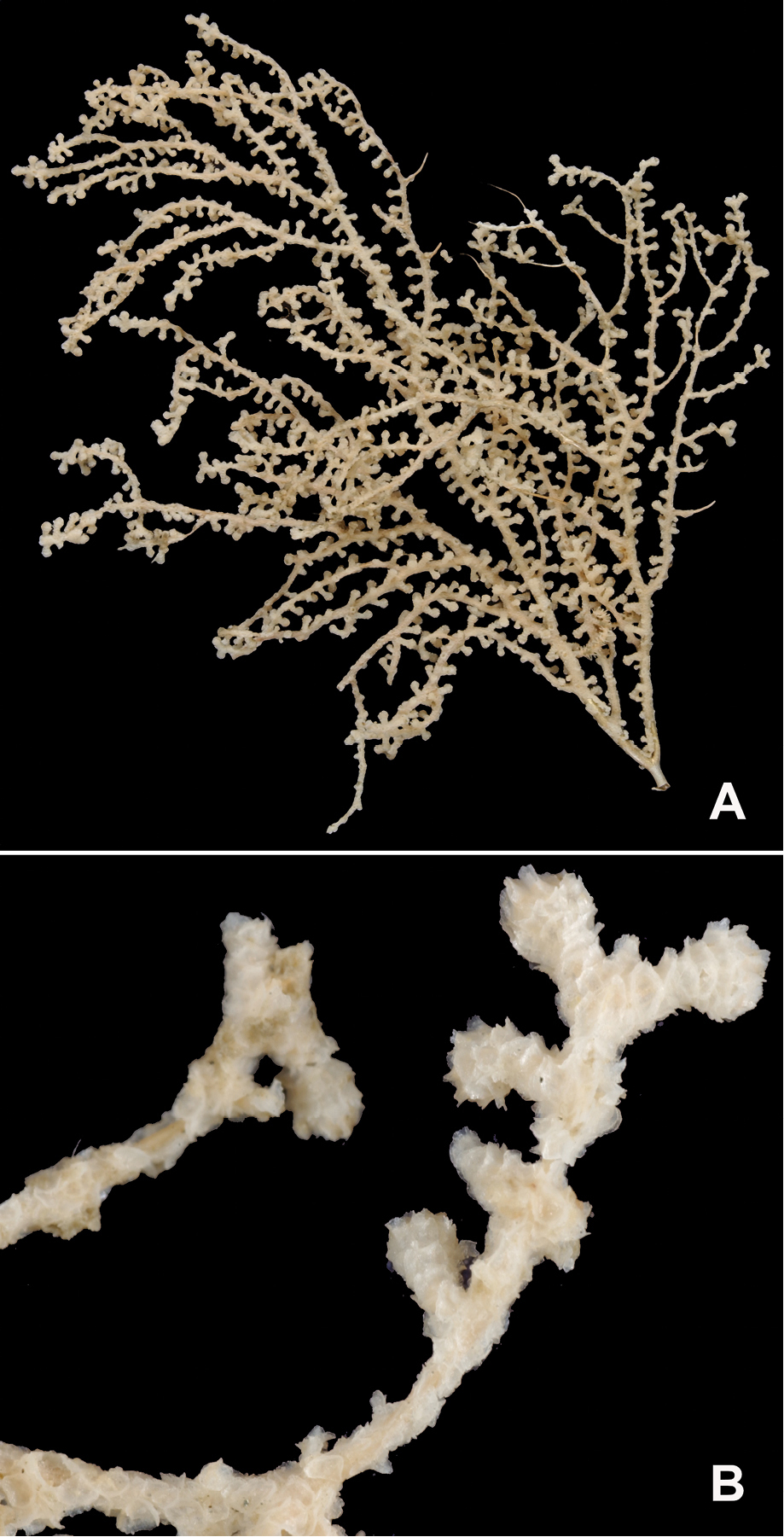 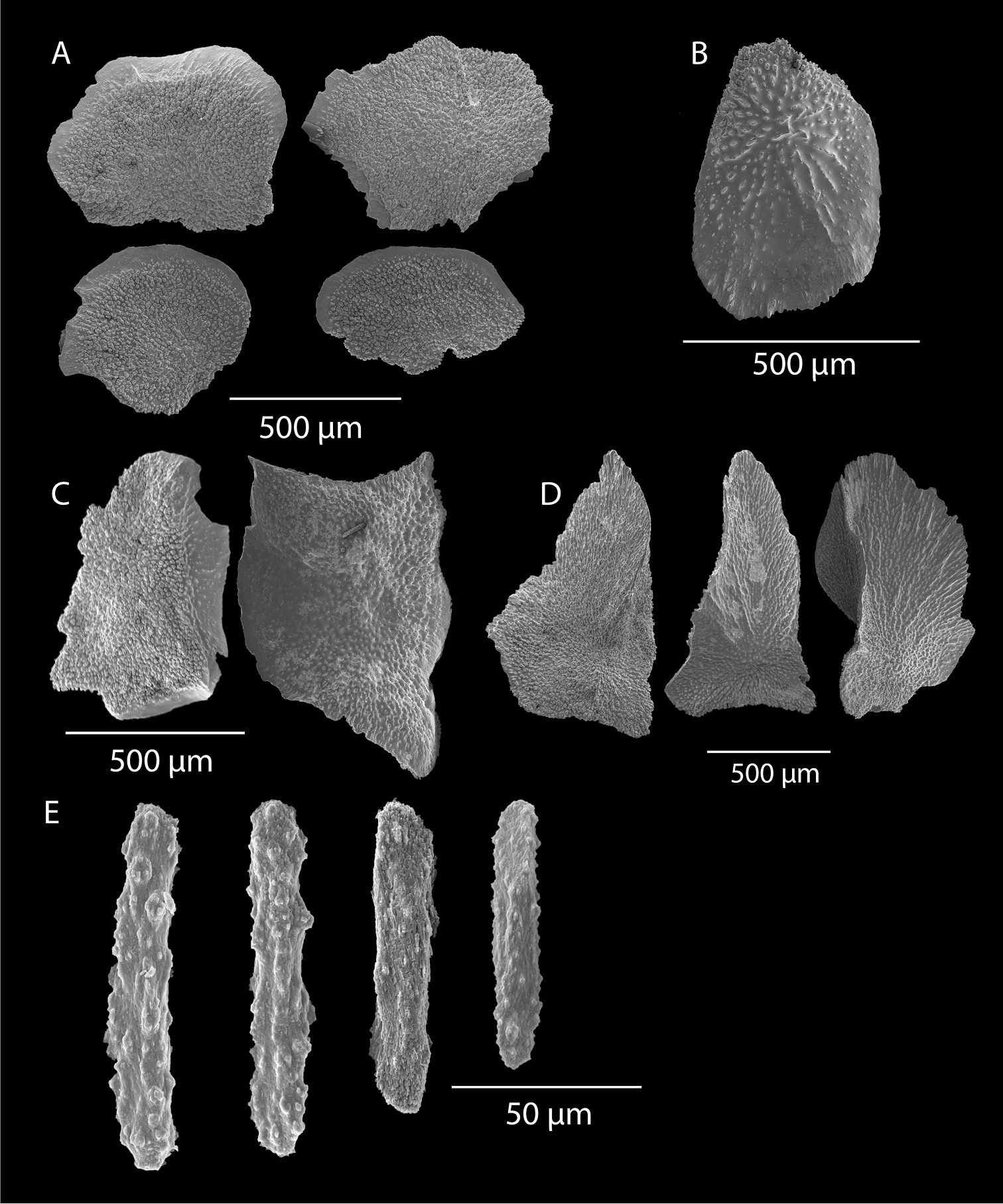