The new species is easily distinguished from all other species of Meggoleus   by the flagellum with distal end white (Fig. 10 View Figures 9–14 ). It is very similar to M. hidalgoensis   sp. nov. as both have small propodeal spiracles but differs from this species, in addition to color pattern of the flagellum, by scutellum with shorter lateral longitudinal carinae and fore wing with short and thick intercubitus (2rs-m).

The species is named in honor of the American entomologist, expert in Braconidae   and Ichneumonidae   , Robert Wharton. 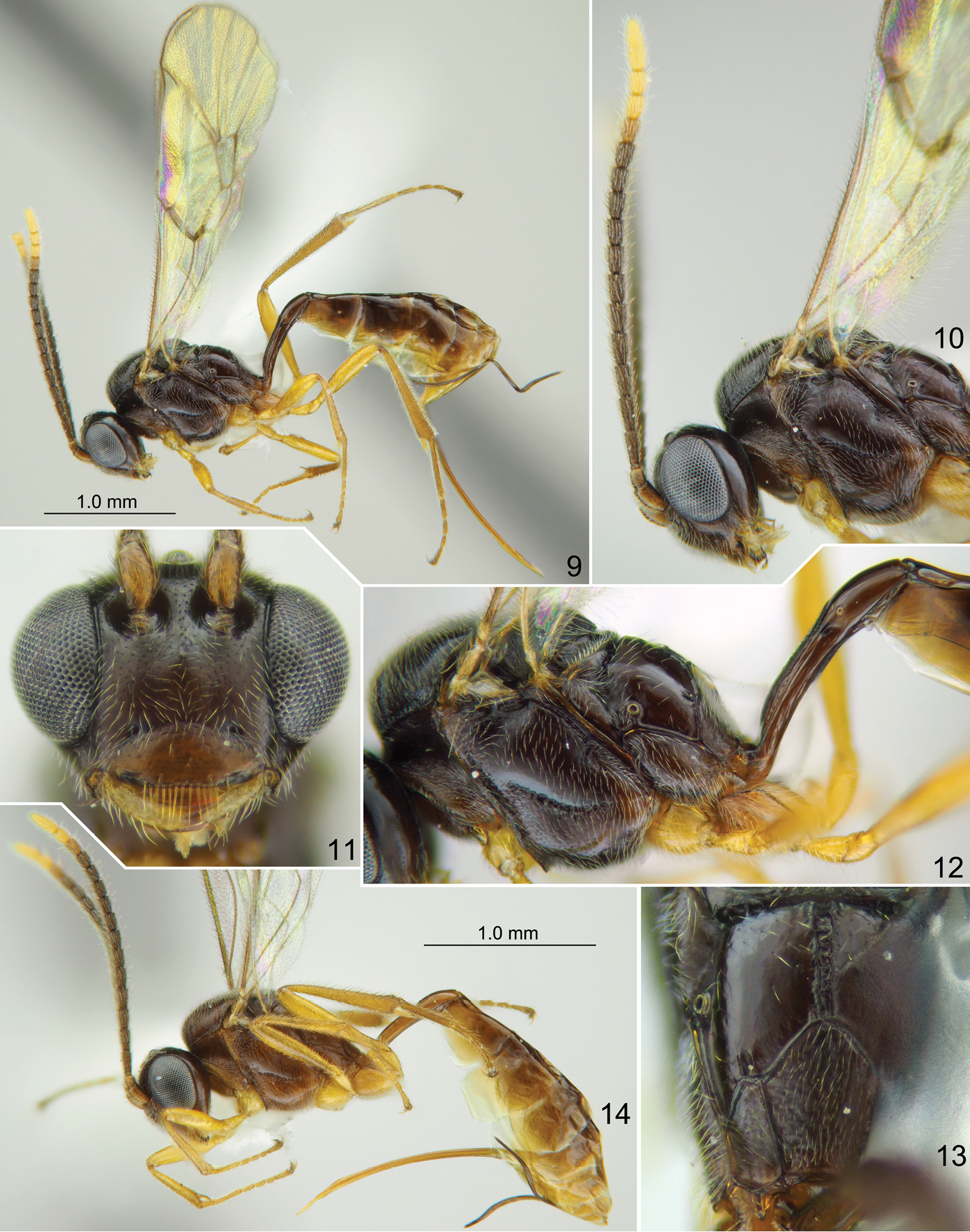