Remarks. Oreodera advena was described based on a single female from Colombia (Boyacá). Monné & Hovore (2006) recorded the species from Ecuador. The male of O. advena differs from the female by the longer antennae, reaching elytral apex at middle of antennomere VII (apex of VIII in female). 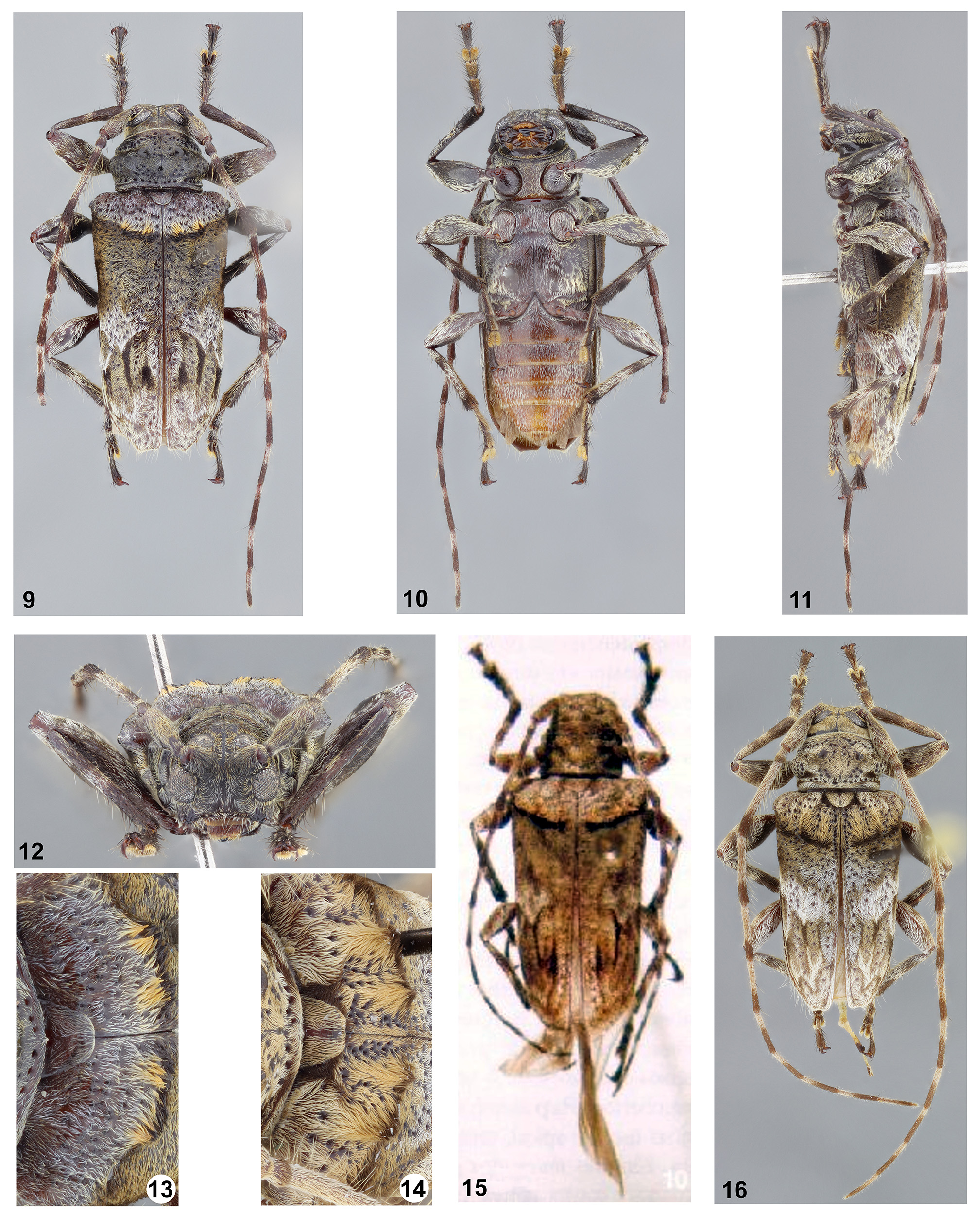