Diagnosis. As a result of a recent review of the genus Dirhinosia  , four species have been recognized as valid ( Tokár & Gozmány 2004). The new species described above is superficially similar to D. unifasciella Rebel, 1929  ( Figs. 35View FIGURES 33 – 36, 39View FIGURES 37 – 41, 43View FIGURES 42 – 44), whereas the genitalia of both sexes are nearly undistinguishable from those of D. cervinella Eversmann, 1844  ( Figs. 36View FIGURES 33 – 36, 40, 41View FIGURES 37 – 41, 44View FIGURES 42 – 44). Adults of the new species can be recognized by the white interfascial band that is weakly curved at about 1 / 5 – 1 / 6 length, in contrast to the straight one in D. unifasciella  . The male genitalia differ from those of the last species in the narrower apical portion of the sacculus. We were unable to find reliable differences in the male genitalia between D. interposita  and D. cervinella  . The female genitalia of all three species can be separated most reliably by the shape of the basal plate of the signum which is longest in D. interposita  ( Fig. 42View FIGURES 42 – 44 a). The signa of D. unifasciella  and D. cervinella  are shorter, rather similar to each other ( Figs. 43View FIGURES 42 – 44 a, 44 a), but the signum of D. cervinella  has more spines, and its lateral lobes are more rounded. There are also differences in the length of ductus bursae: the longest is characteristic of D. interposita  , whereas the ductus of the two last species are subequal in length. However, the length of the ductus bursae is variable, at least in D. cervinella  (see Tokár & Gozmány 2004: 70, figs. 15, 16).

Biology. Host plant unknown. Adults were collected in the third week of May and the first half of June in the lower part of southwestern steppes slopes of Uzun-Syrt hill. The collecting locality is restricted to small mesophilous meadow-steppes at the bottom of a very narrow depression (nearly 200 m long and not more than 10 m wide).

Etymology. The specific name refers to the intermediate position of the new species between D. unifasciella  and D. cervinella  . 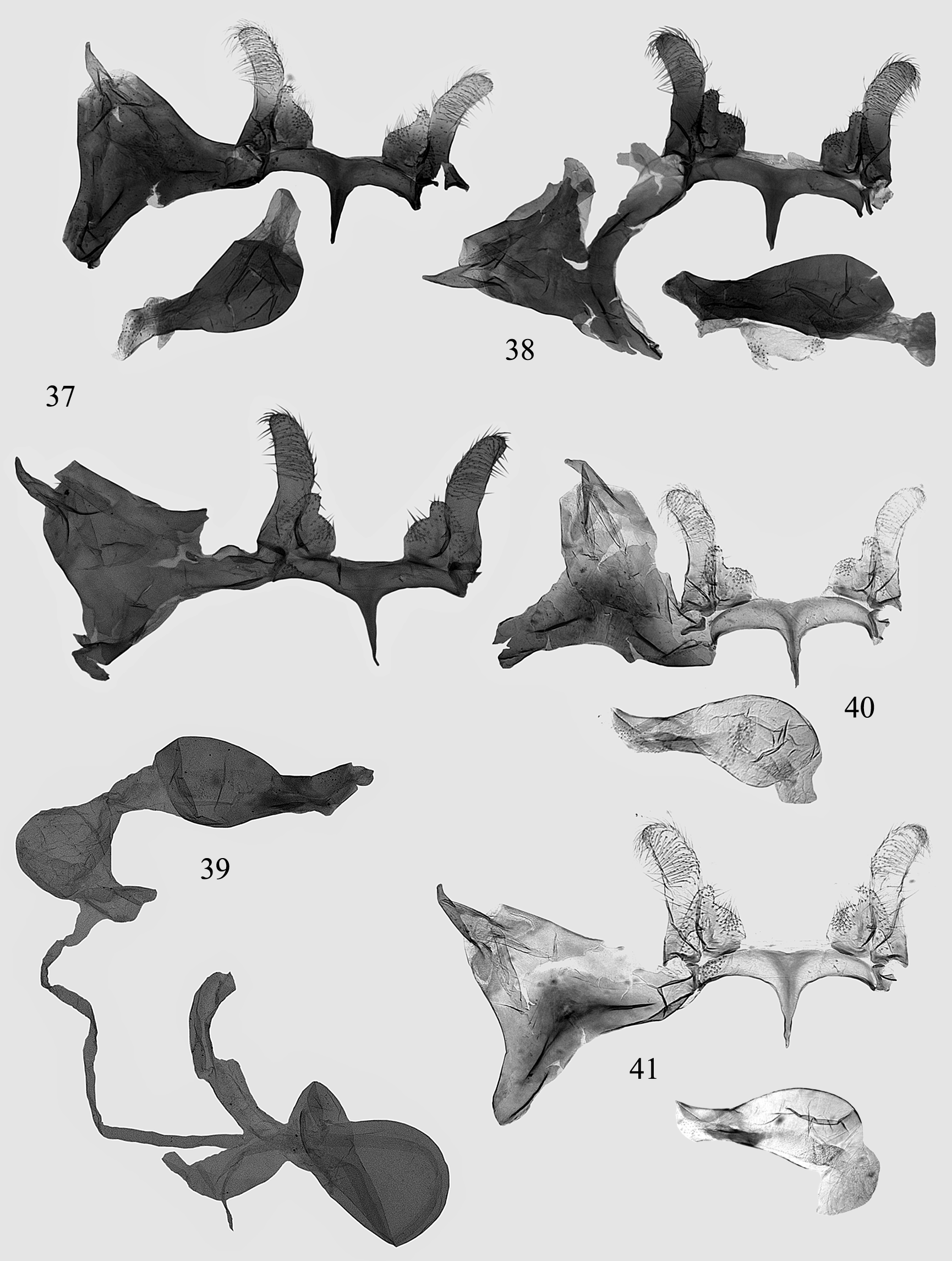 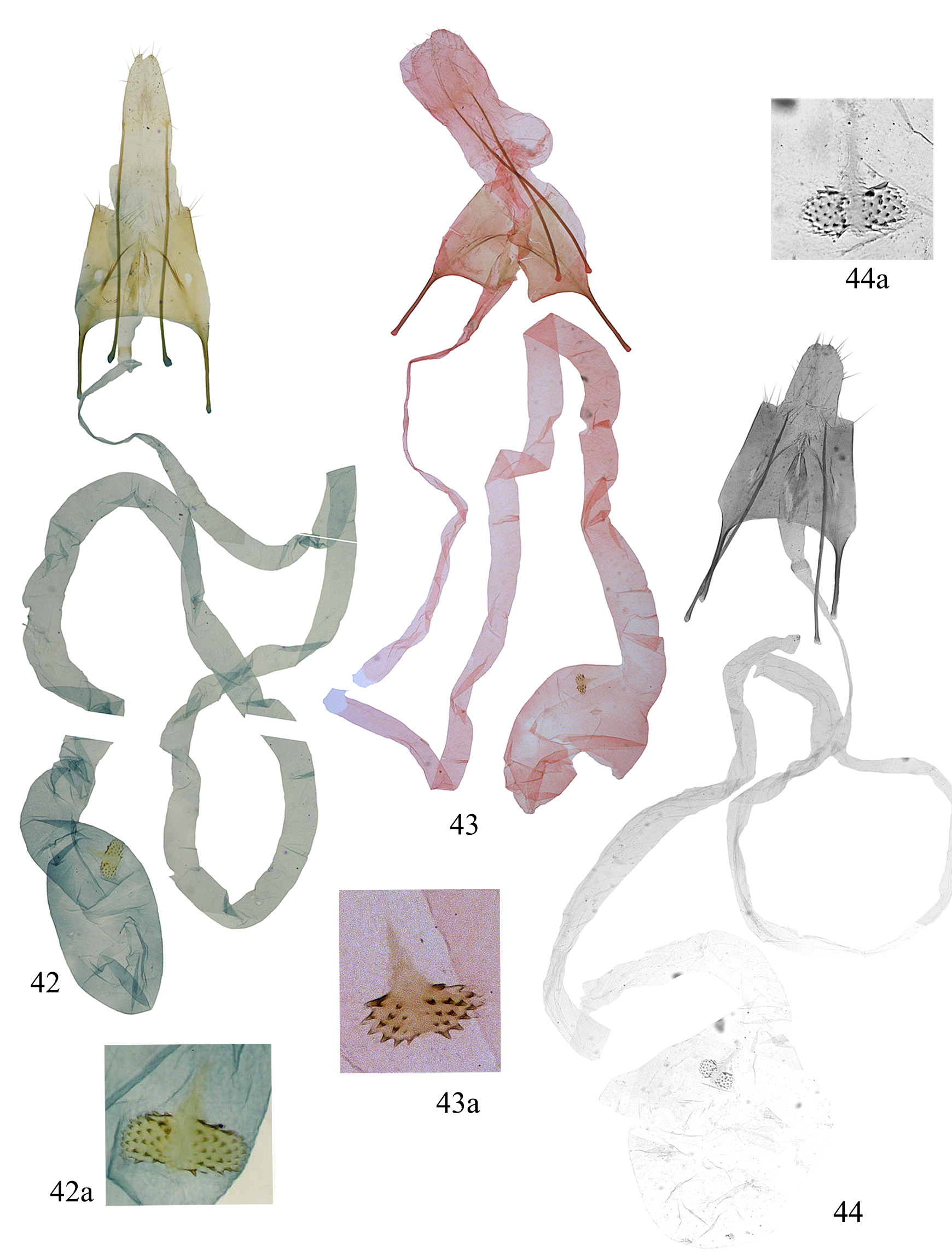