The egg is 1429.5 µm long and 530.2 µm wide; it is 2.7 times longer than wide, their width/length ratio is almost 3/8; the maximum diameter is at the equator (Nh= 23). The quasi-fusiform egg is acuminate in the upper pole; its base is convex-hemispheric, smooth, and about 3.5 times wider than the acute apex and flat cusp. The apical area is sharpened, just where the longer ShA ends, toward the sixth distal rib. They have 27 to 35 ribs that extend from the smooth base until before the cusp; most are straight and parallel, but often diagonal; they are alternate between axes, although they are also coincident; they keep up intercostal spaces with slightly variable amplitude toward the poles -in the apical area they expand and in the basal, they are reduced. At the apex, the ribs are slightly curved and convex. There are 10 to 11 axes (LoA= 4 to 6 and ShA= 5 to 6); these are thicker than the ribs; the LoA are projected from the base, shortly before the last rib. The ShA are separated from the cusp by 1 to 7 ribs, often 5 or 6. The grid is made up of rectangles; at the equator, they are broad and some slightly trapezoidal, a little less than 2 times wider than they are long, they are reduced in amplitude and size in the base and the apex. Well-defined roughness and firm tonality, maybe it could be a protomicrogrid. Eggs are asymmetrical or show radial or bilateral symmetries; the arrangement of the axes is variable. The following formulas are recognized:>6L5C (2LCLCLCLCLC), 5L6C (L2CLCLCLCLC), and 6L6C (LCLCLCLCLCLC). Color N0 0A10M0 0. 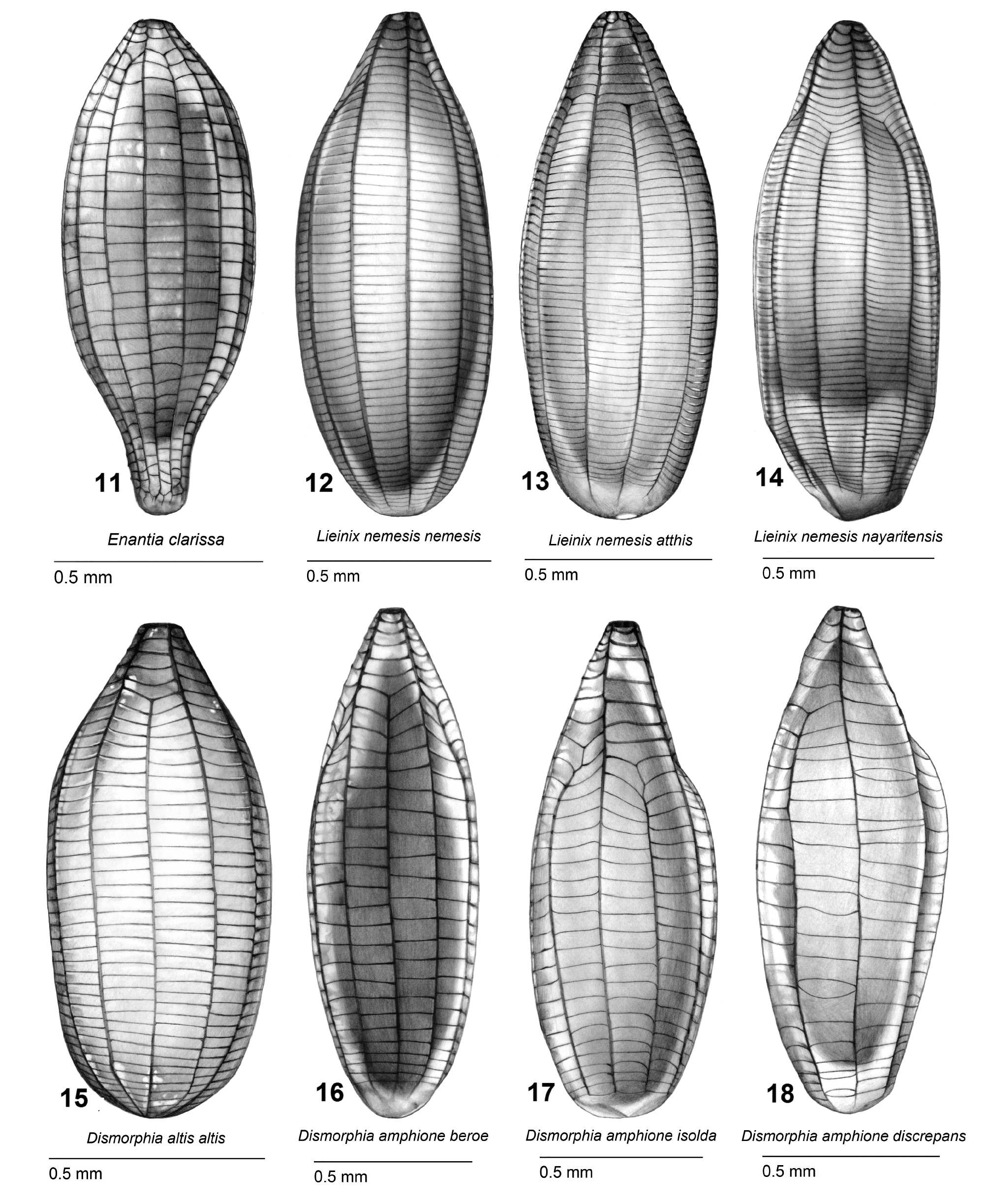