The egg is 1071.6 µm long and 465.77 µm wide; it is 2.3 times longer than wide, the width/length ratio is 3/7; maximum diameter at the end of the third apical quarter; slight thinning and neck formation starts at the last basal eighth (Nh= 7). The egg is obpyriform, elongated, with the obtuse and round apical end, a little less broad than the base, which is slightly convex and reticular; the neck is little defined, short, and very wide. It has 32 to 37 coincident and>alternate ribs between the axes, straight ones predominate because the curves are restricted to the apical zone; the intercostal spaces are of constant amplitude but reduced toward the base, where the ribs are disorganized forming a grid of irregular polygons. The axes are straight, laminar, slightly thicker than the ribs up to 3/4 of its length, then they become thinner. At the equator, there are 12 to 13 axes, almost always 13 (LoA= 6, 7 or 8, and ShA= 4 or 6). The short axes are separated from the perimicropylar area by 1 to 3 ribs (mode = 2). The grid is formed by wide rectangles that reduce its width toward the base (they are twice as wide as they are long). The chorion shows bilateral and radial symmetries. Roughness is imperceptible, even with backlighting. Formula:>7L6C (LCLCLC2LCLCLC), 8L4C (2LC2LC2LC2LC), and 6L6C (LCLCLCLCLCLC). Color N0 0 A10M0 0. 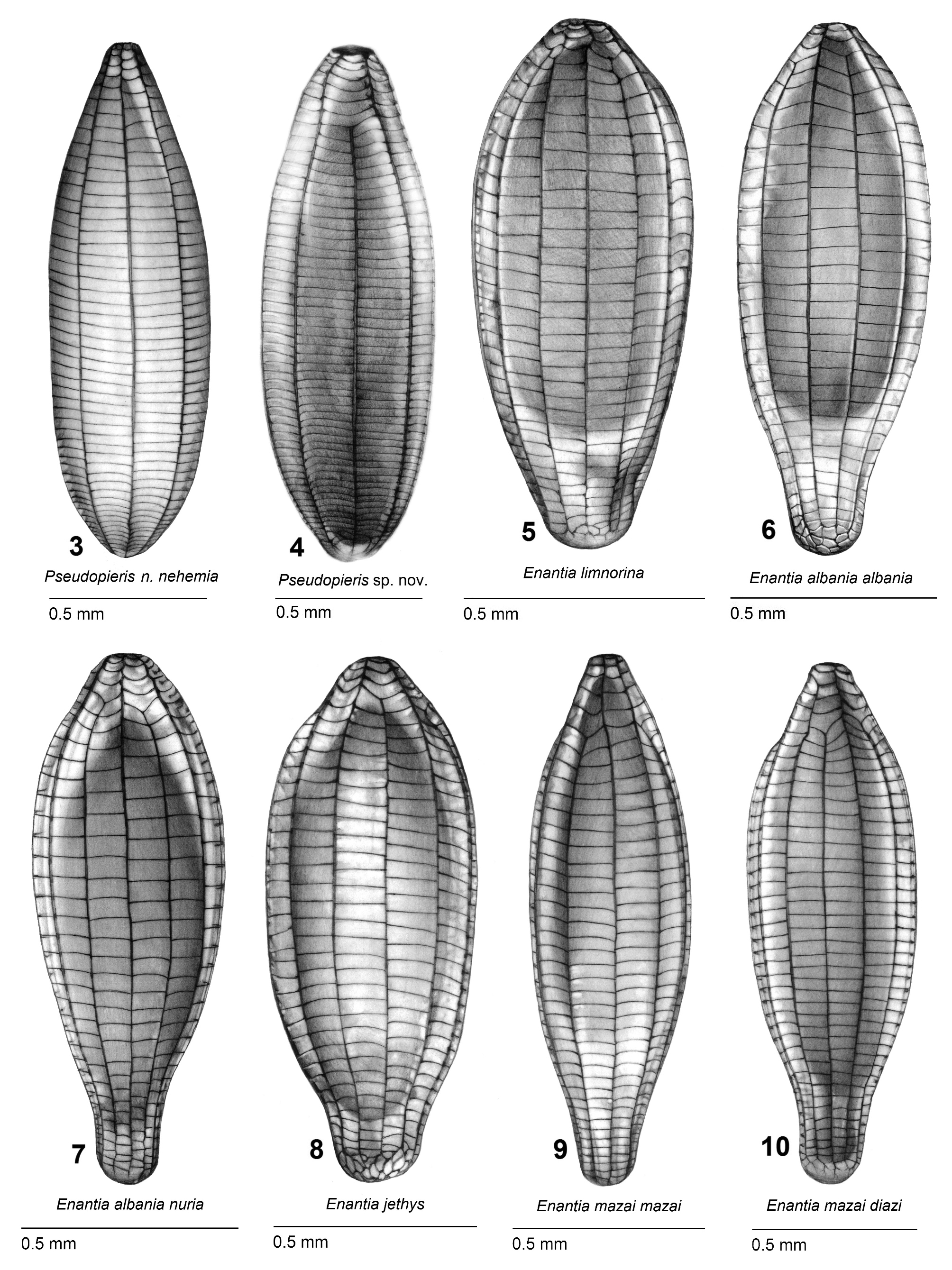