Remarks. Types of Nemognatha  notaticeps were examined at MNHN.

We tentatively refer the Namibian specimen to N. notaticeps, because of the presence of one frontal and two pronotal black spots. This species, described from Eritrea, belongs to an eastern African group of taxa, having similar pattern of colouration, but the validity of which need clarification. The other two specie of this group are N. fuscicauda Marseul, 1887 from eastern R.D. Congo (Kibanga) and N. innotaticeps Pic, 1909 from eastern Tanzania (Usagara, Tanga). The first lacks the pronotal black spot, and the second lacks both head and pronotal spots. Being some species of Nemognatha  variable in colouration, these taxa could represent a single species, and fuscicauda has the name priority.

Types. Types of both taxa were examined respectively at MNHN and SAMC.

Remarks. The taxonomy of Afrotropical Nemognatha  is totally unclarified. Some species with blue-green metallic integuments are very similar and probably represent a natural group, which includes at least: cyaneiventris Pic, 1924 (eastern Africa and Congo Basin, described as variety of peringueyi  ), francoisi Pic, 1909 ( Nigeria, Benin), intermedia Péringuey, 1909 ( South Africa), peringueyi Fairmaire, 1883  ( South Africa, Kenya, R.D. Congo), and possibly meraca Péringuey, 1909 ( Mozambique). We synonymized capensis  with peringueyi  after the examination of types and several specimens and on the base of the complete agreement of descriptions; the synonymy is based on the priority of the Fairmaire’ name on the Péringuey’ one. It is surprising that Péringuey (1909) ignored the Fairmaire’s description (1883) of a new species from Cape named after his name. The validity of N. intermedia needs confirmation, as noted by its Author, and also this species could be a synonym of N. peringueyi  . After the examination of one photo of the holotype of Lytta  haemorroidalis Fabricius, 1801 we suspect its conspecificity with N. peringueyi  .

Specimens of N. peringueyi  from southern Namibia  totally correspond to others from Western and Northern Cape we examined.

We examined specimens from R.D. Congo of N. cyaneiventris which differ from N. peringueyi  not oly by the dark abdomen, but also by the longer maxillae, as long as the head and pronotum. Actually, N. cyaneiventris could be related to N. meraca, according to the shape of maxillae, and differs because of the abdomen colour which is blue and not partially red, even if the colour of abdomen is variable in this group of species.

Remarks. Types of this species were examined at HNHM and NHP.

The genus Nemognatha  is widely distributed in the Old and New World and is morphologically very heterogenous with uncertain limits (see Bologna et al. 2013). N. vansoni  greatly differs from all other Afrotropical congeneric, but, according to both adult and larval morphology ( Di Giulio & Bologna 2007), it is maintained in the genus Nemognatha  . 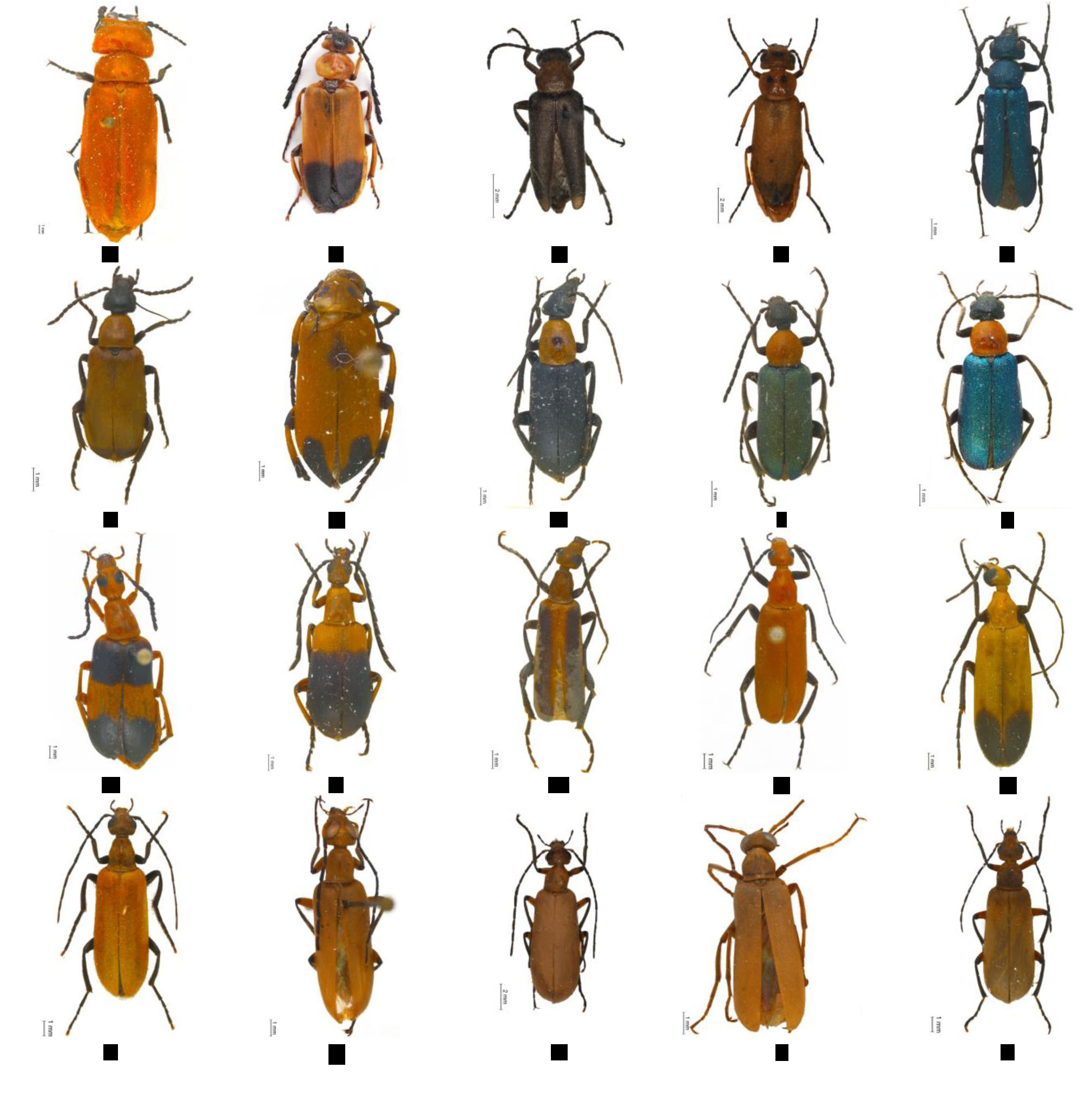