Not collected or studied from French Polynesia, but Nishida (2008) reported it from the Society Islands. We believe that Nishida’s records might be a misidentification of I. scutellaris  .

Very common Australasian species, found throughout Oceania (from New Caledonia and Fiji to Hawaii), New Zealand and Australia (all states). Simosyrphus grandicornis  is absent from the island of New Guinea.

Among the material examined there were no individuals of this species from French Polynesia; thus, we believe that S. grandicornis  is not present in the archipelago. Mengual (2015) stated that the dispersal of this species into many of the occupied Oceanic islands in its range was due to human activities, probably introduced by the early Polynesians who might have brought them in as larvae on fruits and plants they were transporting. Because it is plausible that S. grandicornis  will reach the islands of French Polynesia in the near future, we have included this species in the identification key (indicated with an asterisk *). 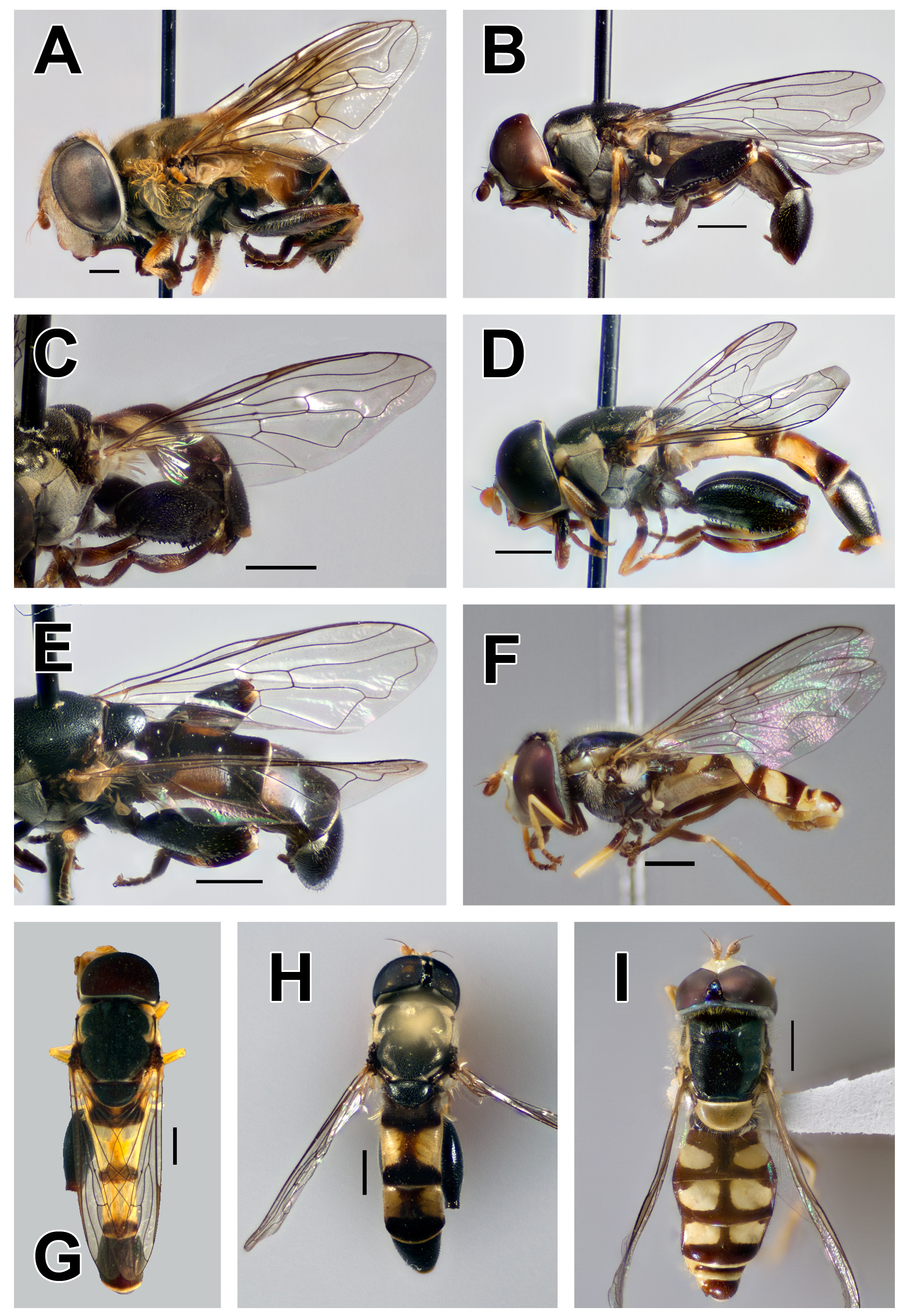 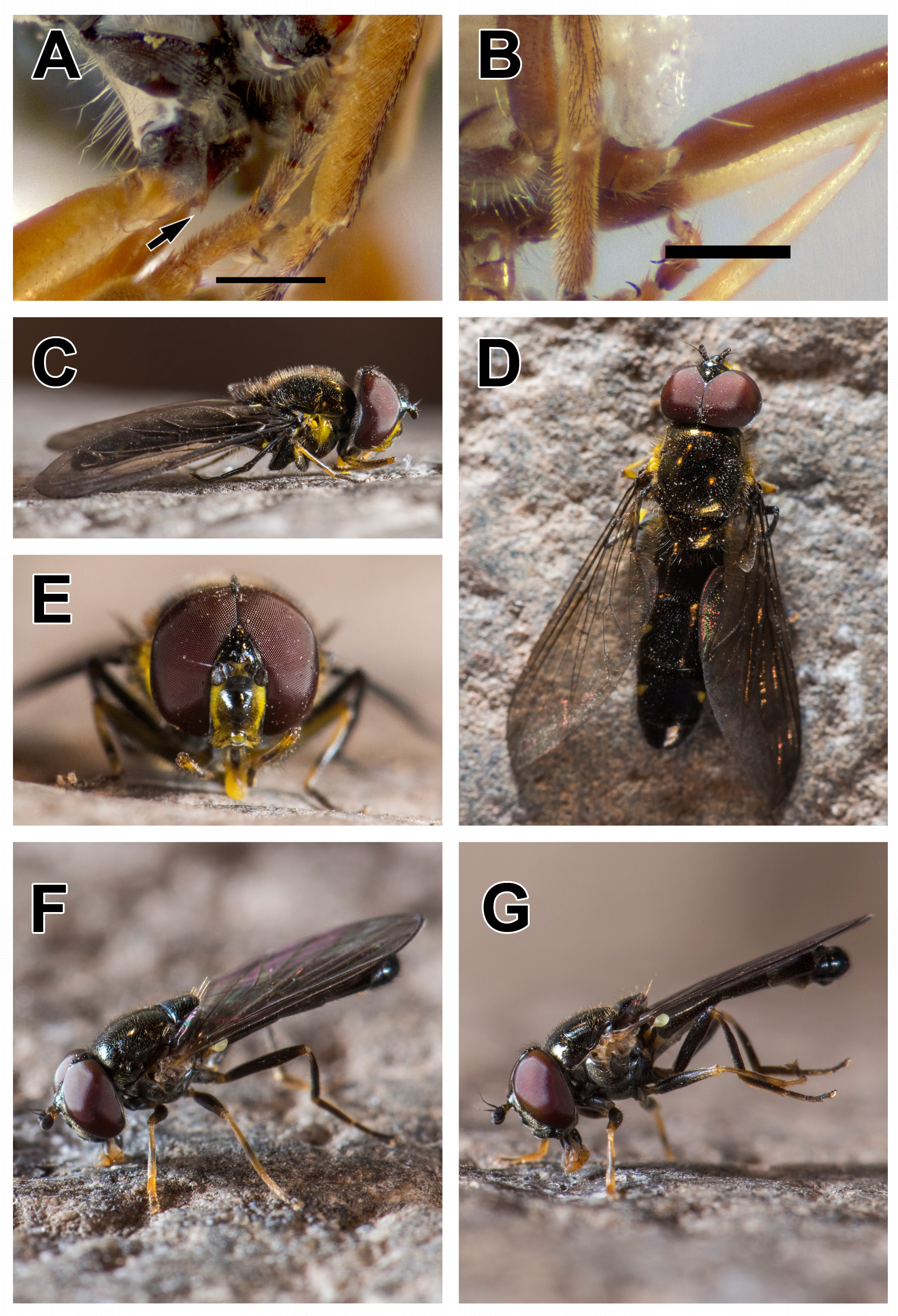 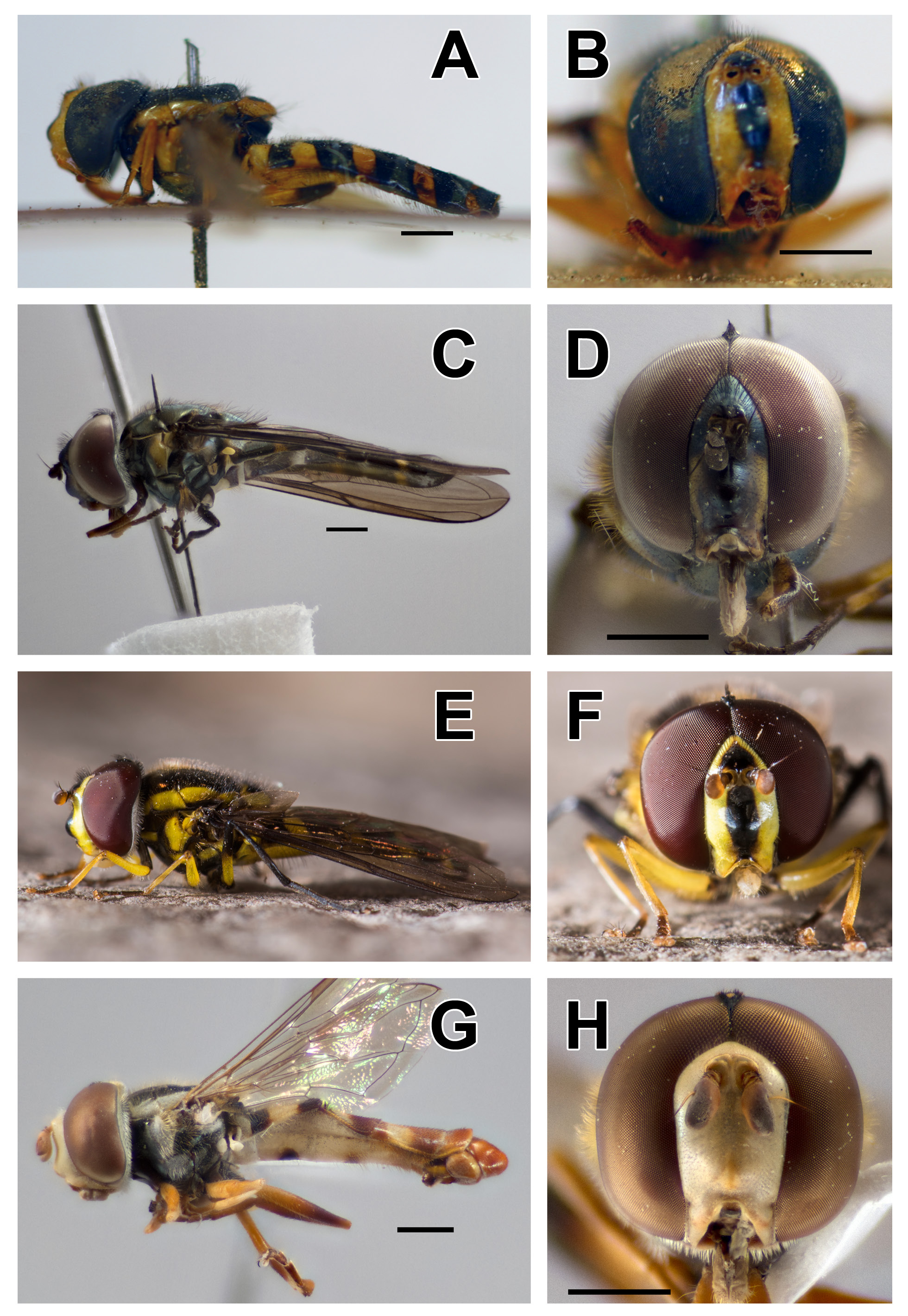