Etymology: The species epithet is Latin for hedgehog, in reference to the unique setae of this species.

Discussion: This is an easily recognized species with distinctly long and thick erect setae scattered across its entire body. The setal bases are especially noteworthy because they are clearly defined: large and darker than the surrounding cuticle. The pronotum is lower in profile and more elongated than is seen in other species except E. negrosensis  . While the presence of long erect setae and an elongated pronotum might indicate a close relationship with E. negrosensis  , it is worth noting that the erect setae are different between the two species with E. negrosensis  possessing setae that are much thinner than in E. echinata  . 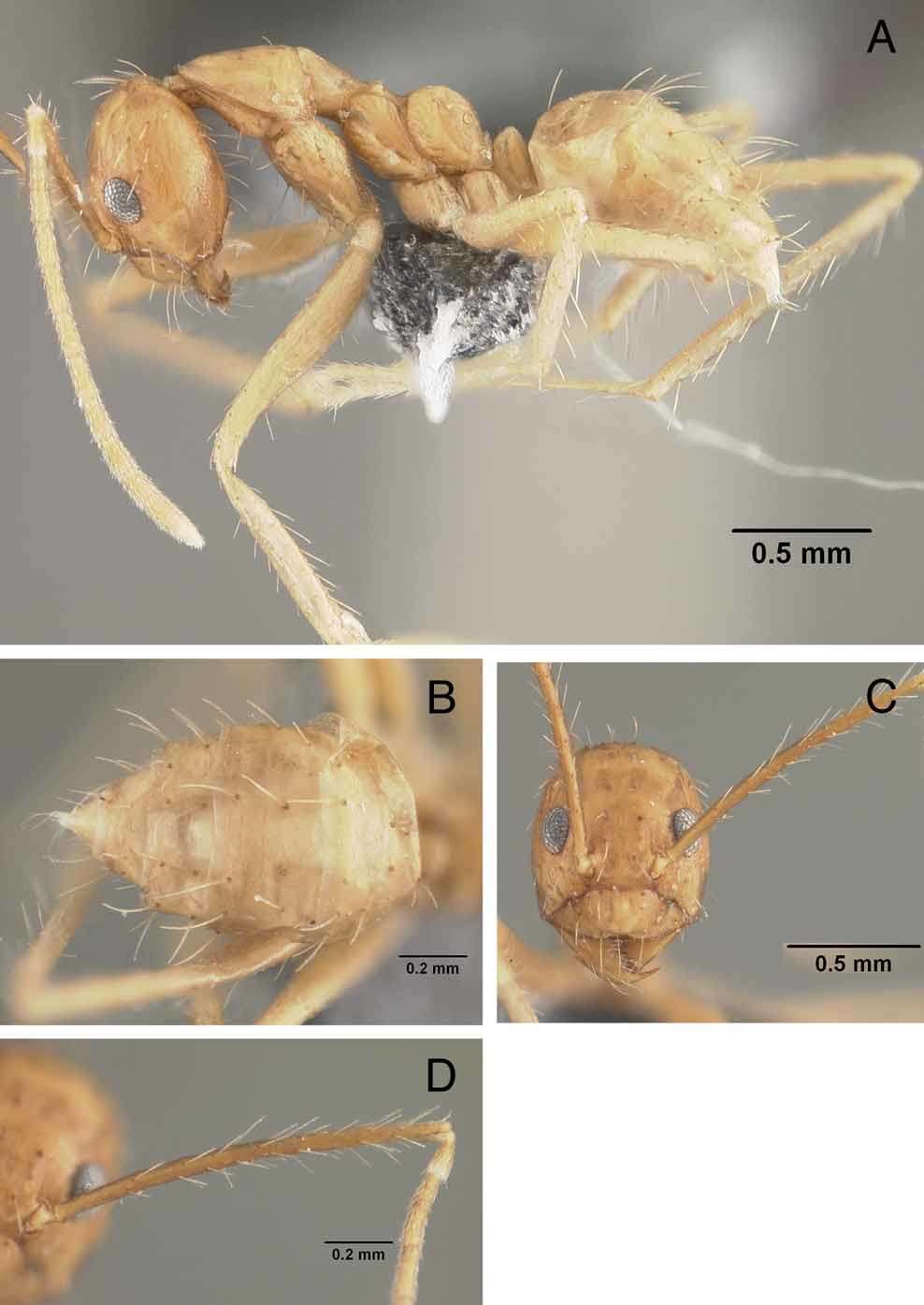