Generally matching the description of E. variegata  with the following differences: 1) Overall darker brown in color, especially the head and gaster which are darker than mesosoma, 2) in profile, pronotal margin more rounded dorsoanteriorly, 3) scapes with a dense layer of pubescence distally, and 4) erect setae on gaster shorter than those of E. variegata  .

Etymology: The species epithet is given to honor Volker Witte for his insightful contributions to Euprenolepis  natural history.

Discussion: Workers of this species are most likely to be confused with E. variegata  , but can be separated based on the characters listed above. This appears to be a monomorphic species, for V. Witte (pers. comm.) has collected large nest series of this species and major workers have yet to be discovered. 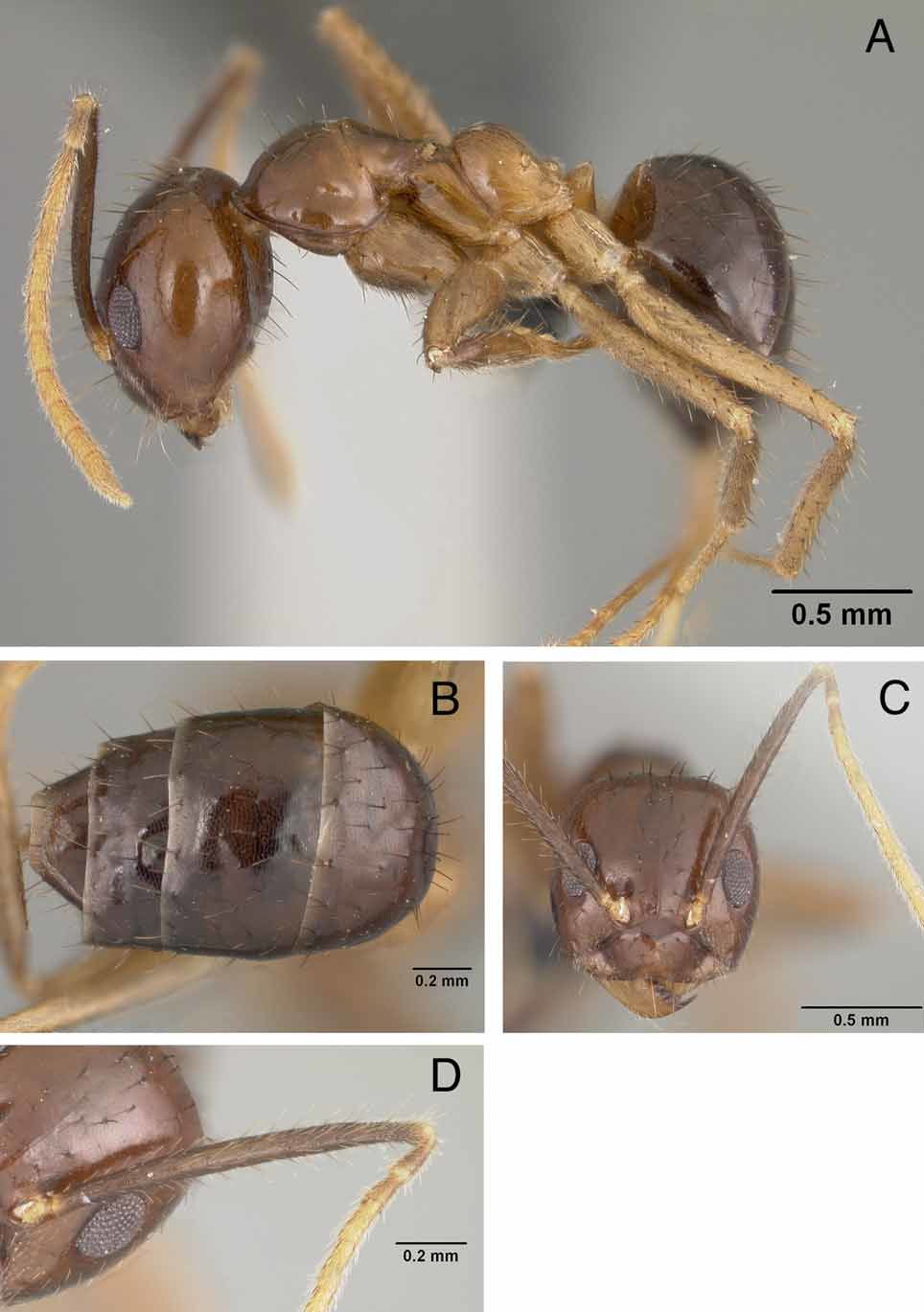